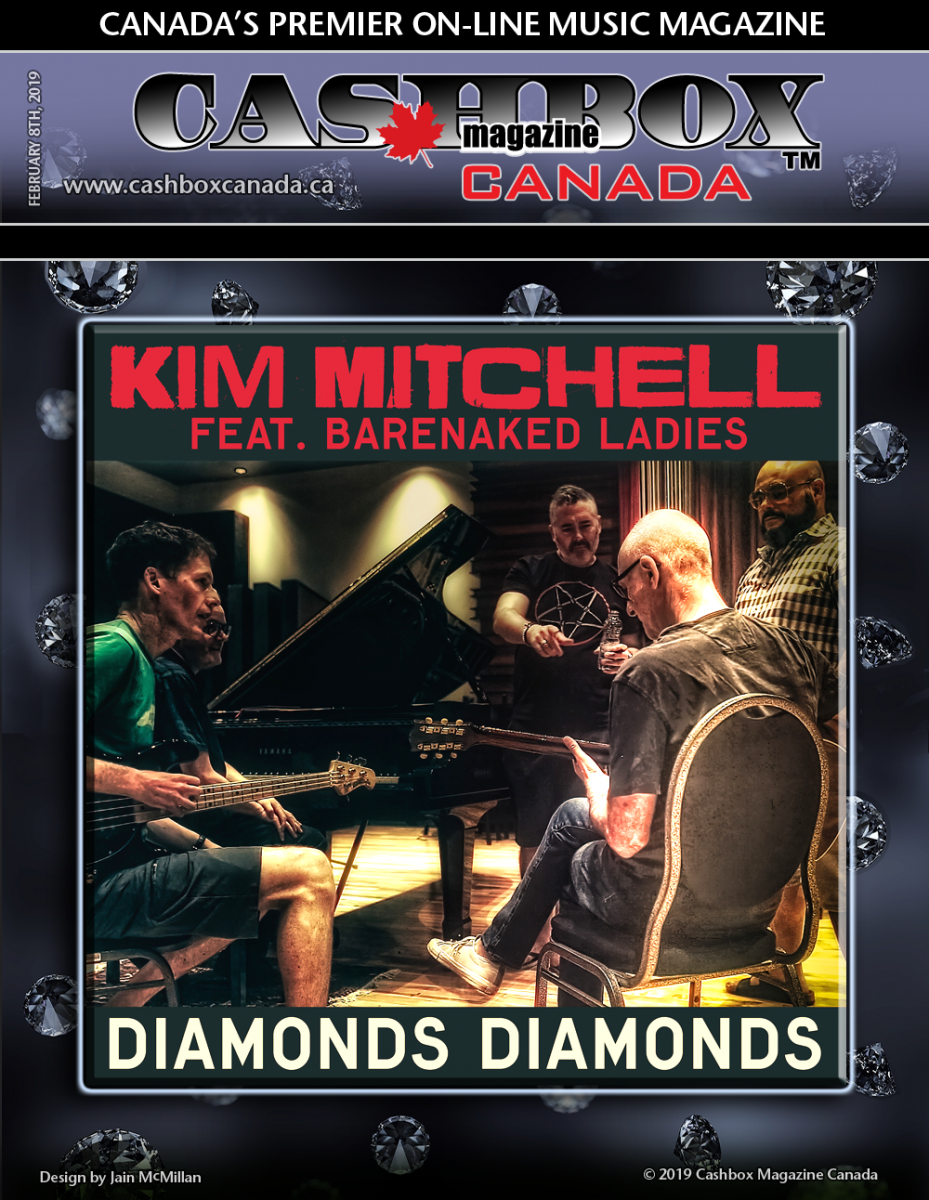 “After hearing audiences sing this song louder than the band on many nights, we decided to give a nod to this classic without trying to make it a period piece. Simply, let's record it more as we play it now," said Kim Mitchell. "Working with Barenaked Ladies made the session more vibed and fun than we could have imagined. She STILL takes more whiskey than I wine!"

"My high school band played more than a dozen Kim Mitchell and Max Webster songs, so it was a real thrill to be asked to record this classic song with Kim," added Ed Robertson, Barenaked Ladies. "The session was relaxed and fun, and it made for a pretty serious 'pinch me moment'... see what I did there?!"

Max Webster and “Diamonds Diamonds” in particular, were a great influence on members of the multi-platinum Canadian rock band Barenaked Ladies. It was then the perfect fit when Mitchell decided to ask his longtime friends to be part of the re-recording. The result showcases Mitchell’s signature vocals paired with the added flare of the Barenaked Ladies on the classic track. The single will premiere during The Strombo Show on CBC Radio 2 on February 17.

Kim Mitchell has achieved gold and multi-platinum sales status over his storied and successful career, starting as the lead singer of the influential and eclectic band Max Webster. Mitchell has won 3 JUNO Awards and a SOCAN 100,000 Radio Plays Award for his hit “Patio Lanterns”. He is a talented and peer-respected guitar player, acclaimed songwriter and Canadian rock legend, with hits like “Go For Soda”, “Rock N Roll Duty” and “All We Are”. Today, Mitchell and his band of accomplished musicians continue to tour the country selling out theatres, casinos and festivals coast to coast.