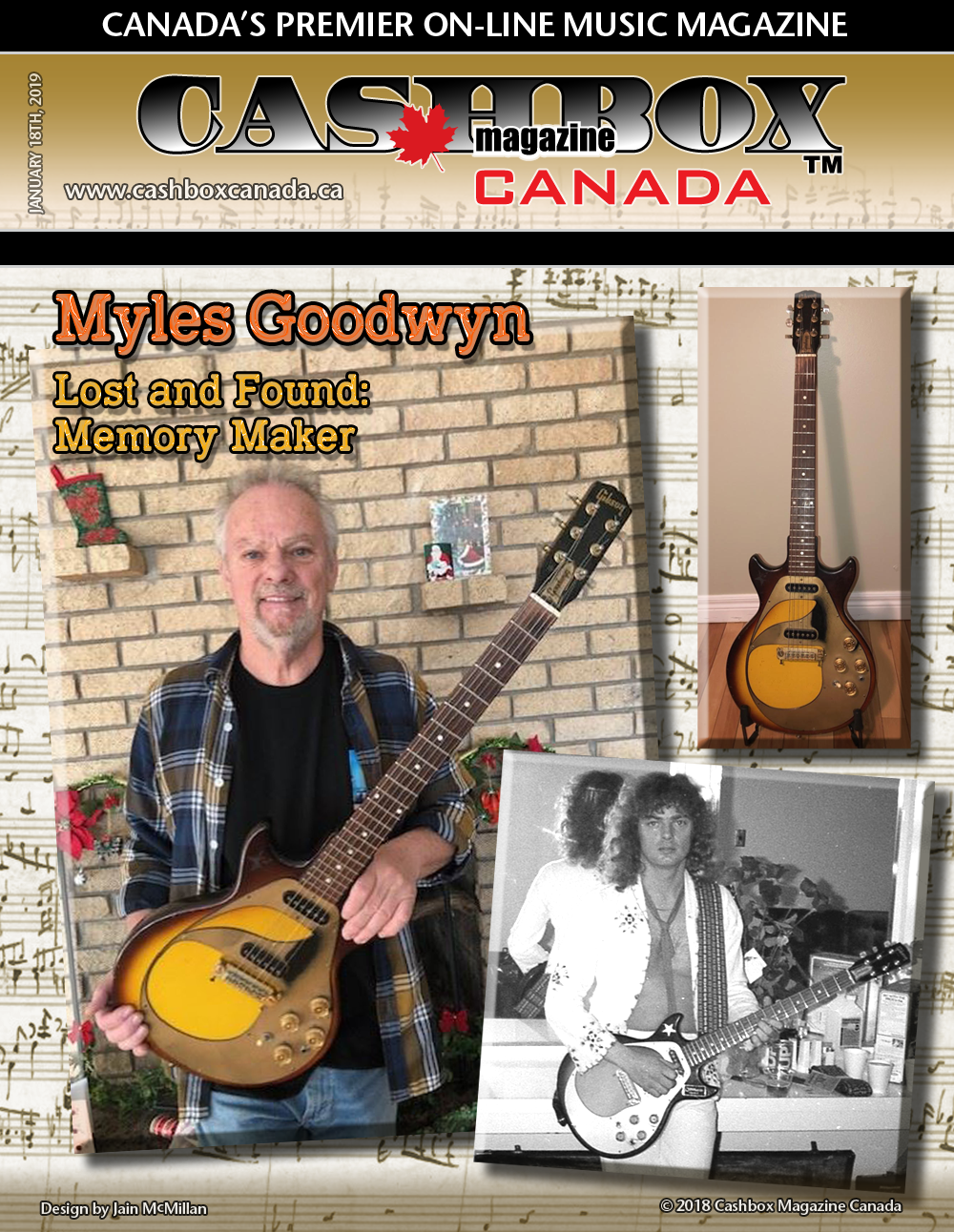 Imagine you lose something very near and dear to you. You’re told that the article has been destroyed. You go through all the stages of loss; grief, questioning what happened and finally acceptance that it’s gone, never to be seen again only to suddenly have it reappear some forty years later.

We caught up with Myles at his home in Nova Scotia. “It was Christmas Eve of 2018 when I got a mysterious message. I had lost a cherished guitar of mine some 40 years ago, a 1962 Gibson Melody Maker. Early on I owned a Hagstrom guitar, I nicknamed it Sputnik because of all the controls on it, and I was in a band called East Gate Sanctuary, A fellow in another band had this Melody Maker that I liked so I offered him a straight up trade which he accepted. That Melody Maker was the guitar I had when we started April Wine and at the time it was my ONLY guitar. Now the Melody Maker is a good guitar but it is an entry-level guitar so once April Wine gained some financial stability I started acquiring more and more guitars; at one point I had over 100 and now I’m down to about 60.

By the time the Melody Maker went missing it was no longer my number one go-to guitar. I was told that it was destroyed in a truck accident in Montreal and was beyond saving. I never saw the “body” but took the news at face value and went through the whole process of loss eventually ending with acceptance. So when I got the Facebook message from a guy named Randy that he knew where my guitar was I was skeptical, to say the least. He told me it was in Victoria, British Columbia and gave me a contact to reach out to. Now the unique thing about this guitar is I had put on the bell cover the name Goodwyn using the G lettering that Gibson uses, I wasn’t sure what to expect but when he sent me pictures of the guitar I knew right away it was my guitar. I had it back in my hands by New Year's Eve. It arrived in a hardshell case I didn’t recognize but the minute I saw it and picked it up I knew it was my long lost guitar.”

At this point, I had to ask ‘What’s the first thing you played on it?’ Myles replied, “ Fast Train, April Wine’s first single, mostly cause it has open chords.” Myles went on to say it was in excellent condition, no fret wear, no dings or marks, just needed new strings. “I was told it was kept on a guitar stand as a conversation piece.” So Myles has his two original instruments in his possession, the Melody Maker and his very first acoustic guitar, a Norma, a knockoff of a Gibson Hummingbird. “The Norma was lost for many years too but after my Dad passed away it was returned to me. This guitar means a lot to me as well.”

It's an amazing story to be sure and explore the possible karmic reasons for the event are interesting. Myles relates the story, “Awhile back I was doing a songwriter round with my buddy Bruce Guthro and he was mentioning how he wanted a twelve string guitar. I had my Martin twelve string that night and after the show, I asked him if he’d like to try it. He loved it and before he could hand it back to me I said it’s yours. ; It wasn’t long after that my Melody Maker was returned to me.”

Lots of good things on the horizon for this Canadian treasure with new concerts with his blues band and of course continuing to keep April Wine fans happy touring with the boys.

If the way 2019 started for Myles Goodwyn is any indication as to the kind of year it will both Myles and his legion of fans are in for the ride of a lifetime.