Skip to main content
A Christmas Caravan from Sultans Of String 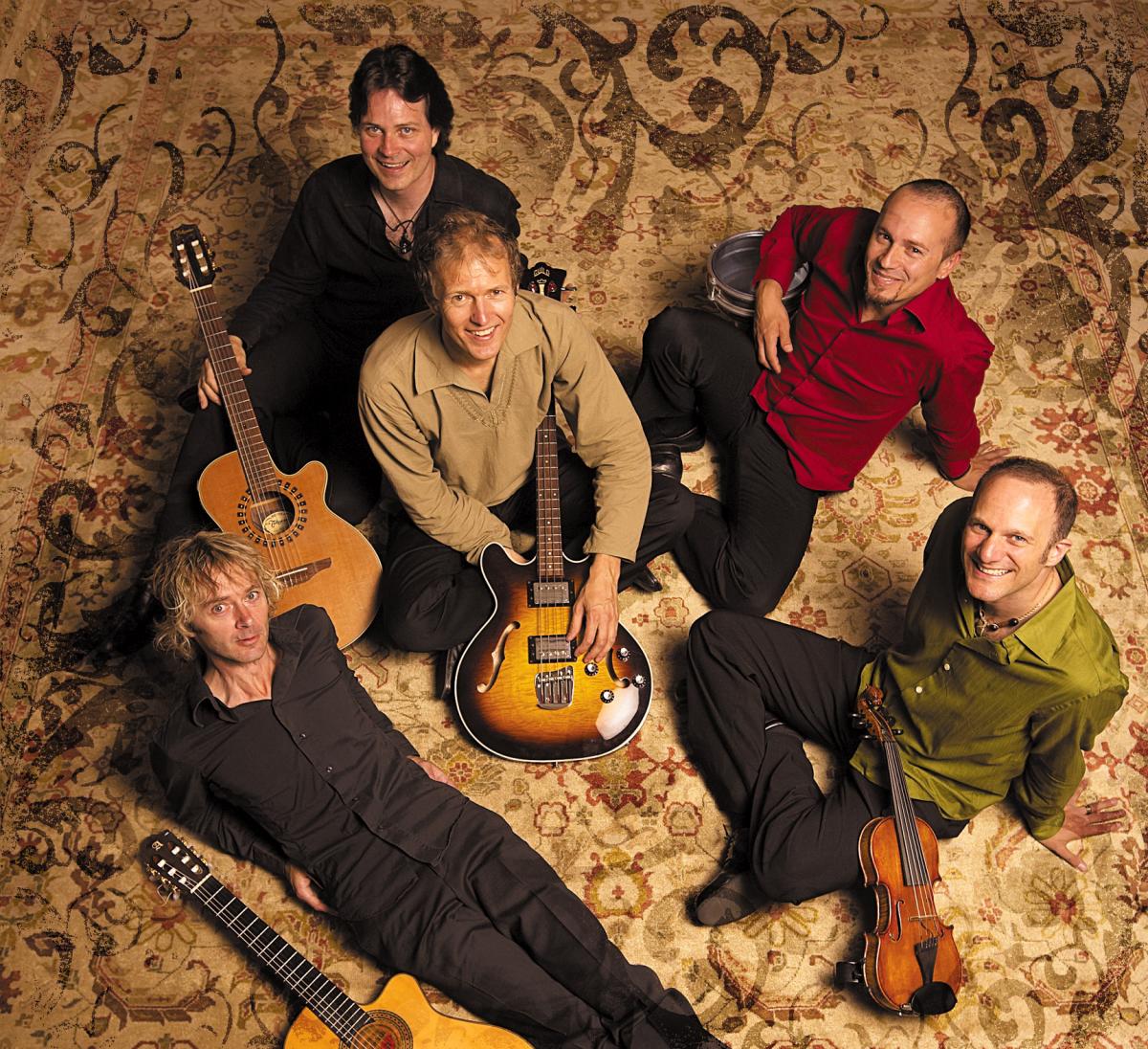 On the eve of the Ontario Christmas Caravan tour, we caught up with McKhool at his home base in Toronto, alternately packing and chillaxing The tour is named after the group's current album, Christmas Caravan, and McKhool is quick to assure it’s not your usual Christmas cookie.

“The idea came about only 2 yrs ago. We had just finished a concert with the Edmonton Symphony Orchestra and gone out for drinks afterward with their conductor Lucas Waldin and he said; “You know you should really think about doing a Christmas concert!” It was a new idea for us but by the end of eating our soup and before the entrée hit the table, we had the entire holiday show plotted out on a cocktail napkin. That was the fun part! Then it took a whole 2 years to complete.

“We wanted to make a real contribution to the Christmas repertoire, and hopefully create some new standards,” says McKhool. “This is a seasonal album but approached from the perspective of a world-music band. We explored diverse genres, from Quebecois fiddle tunes to collaborating with a traditional Turkish string ensemble, and jump around from the classic sounds of the Andrews Sisters to a Himalayan sleigh ride, African roots music, Gypsy-jazz, rumba flamenco, ska, and the grandeur of the symphony.” Christmas Caravan hit #6 on Billboard World Music charts in the first week of its release.

How important is it that your music continues to be a vehicle for bringing together?

We’re always looking to have fun ourselves in exploring world music traditions and diving in for the first time or celebrating cultural traditions of the guests themselves, so music is one of those ways where we can find a deeper connection and collaboration to learn more about other people and their families’ traditions. I guess we bring our audience on that journey with us.

John Lennon's "Happy Christmas (War is Over)" is also featured on this album. The arrangement is superb. Were the arrangements more or less a collaborative thing on "Christmas Caravan? 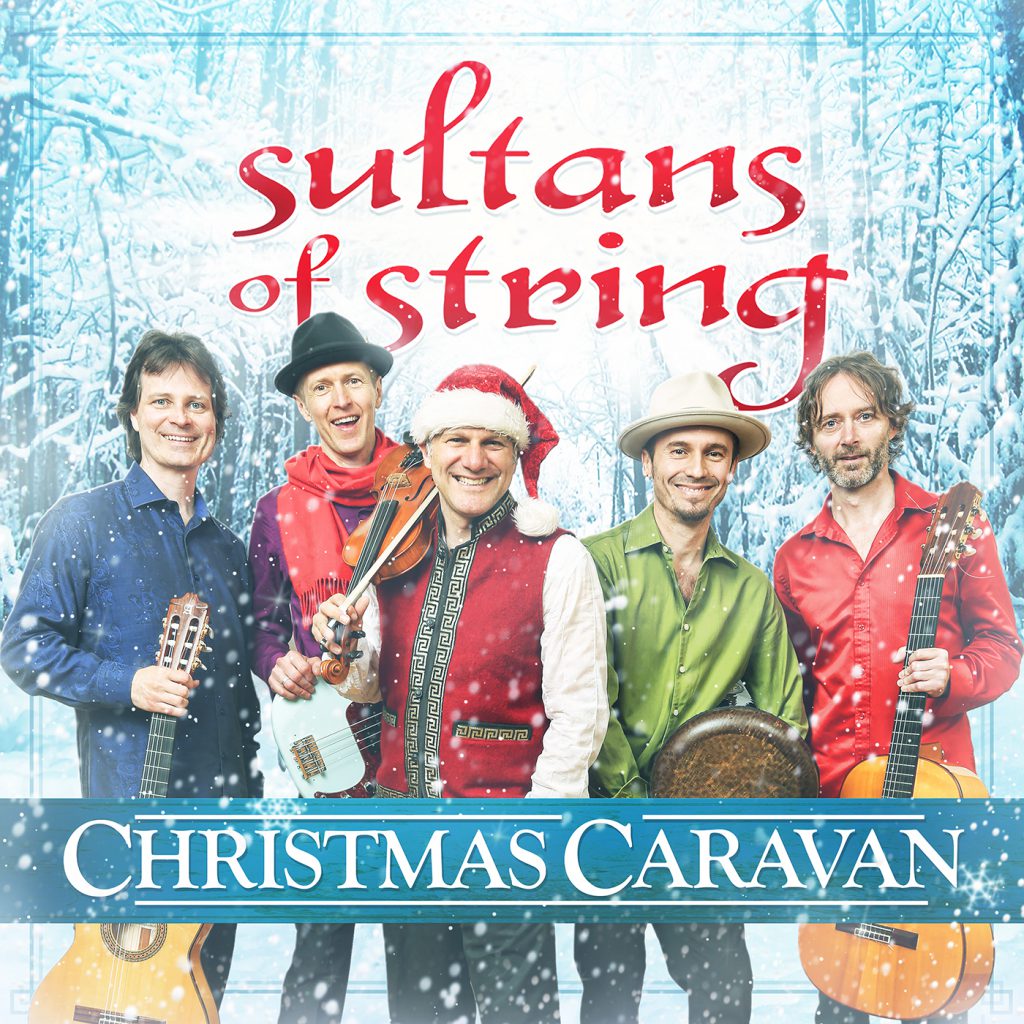 "Christmas Caravan" is definitely not the typical Christmas album, because this record truly has "multi-national" appeal. What would you like audiences to take away from the album?

One of the things we love to do with Sultans of String is play rhythms and grooves that come to North America from all around the globe, everything from rumba flamenca from southern Spain, Gypsy-jazz from eastern Europe, Arabic rhythms (my background), Cuban rhythms (our percussionist Chendy’s background), Panama, Africa, East Coast Celtic music, —we thought it would be really fun to bring that energy and drive of all those rhythms to the Christmas songs that people love to sing, as well as some of the musical mash-ups that we create from scratch. So, while it’s a Christmas album, we’ve really tried to tie in diverse voices from many parts of the world. It’s the kind of music that can only be made in collaboration with different cultures and languages, and that’s what makes it I think a more compelling holiday project. The idea of the Christmas Caravan linking people together to make a beautiful sound together. And really that’s what really is a big part of what it means to be Canadian. The more diverse a population is its cultures, languages and traditions, the more chances you have of coming up with a great idea.

Working with these musical guests was a really great opportunity for us because it gave us an opportunity as musicians to deepen our understanding of world music traditions. For instance, arranging Sing for Kwanzaa with Richard Bona was a real treat, learning more about how he puts together African rhythms to structure a song.

You have included selections celebrating Kwanzaa and Hanukkah in addition to Christmas. Do you feel that in some ways you are also exposing your audiences to cultures about which they might not know much about?

We’re always looking to have fun ourselves in exploring world music traditions and diving in for the first time or celebrating cultural traditions of the guests themselves, so music is one of those ways where we can find a deeper connection and collaboration to learn more about other people and their families’ traditions. I guess we bring our audience on that journey with us.

And quite the exhilarating journey it is. Check the tour dates below so you can plan to hook up with this very special magic carpet ride.