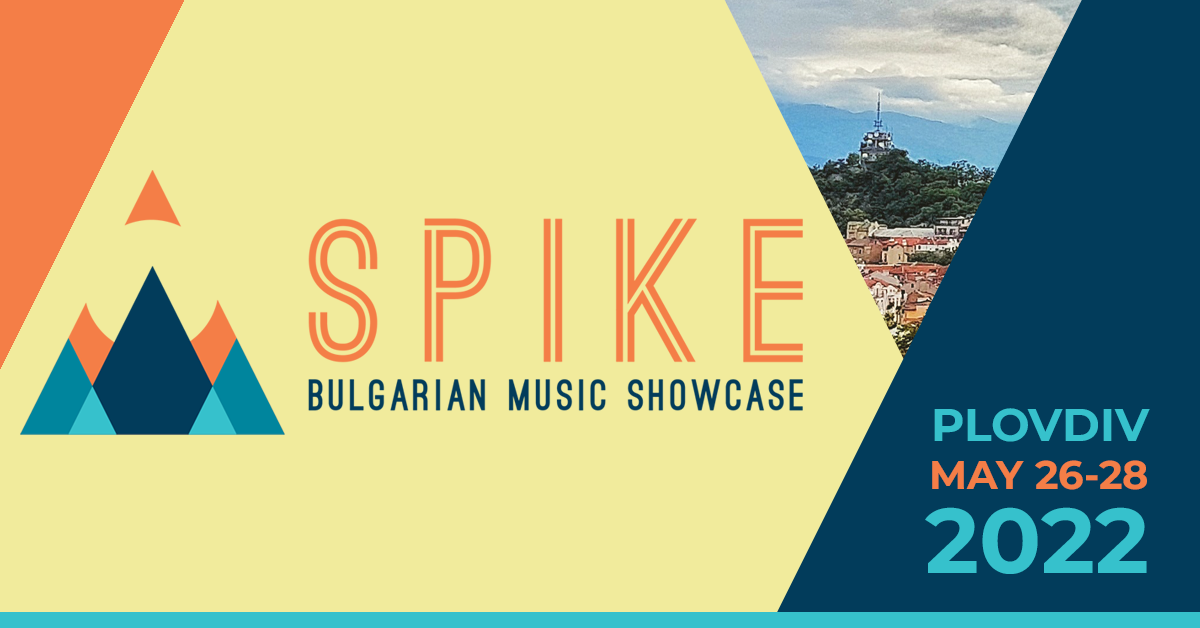 SPIKE is comprised of a conference and series of music performances. The conference includes panel discussions and workshops that touch upon diverse topics in the music industry.  Read about the first 9 diversified Panelists and check back next week for the rest and see the new additions of talent and artists. 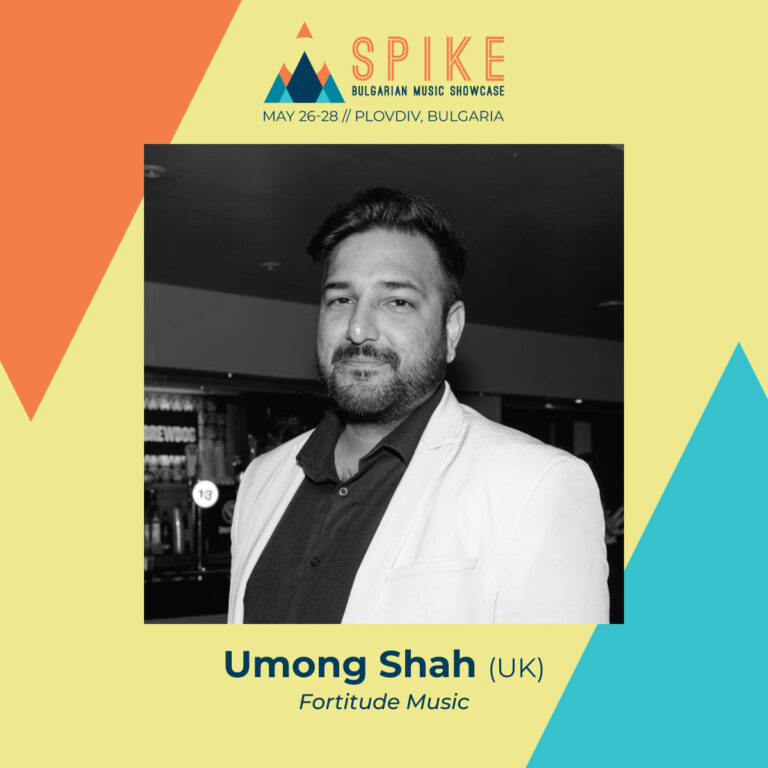 Umong has collected various accolades during his time in music for example, being noted as IQ magazine’s 2015 Top 10 New Bosses, and Music Week’s 30 under 30, “Best of the rest”. He regularly participates on panels at internationally renowned conferences such as The Great Escape, Live UK and Liverpool Sound City.

Fortitude Music has existed for 7 years. For almost five of those years, Umong had managed Elle Exxe. In that time, Elle has received international showcasing funding 3 times, to explore festivals and showcases in South Korean, North American and European markets. Toured North America and Europe and won the inaugural ‘Unsigned Music Award’ for “Best Solo Female Act. Umong has now created a consulting division of Fortitude Music with an array of talented and inspiring customers, each needing specialist services to grow their career.

More recently Umong joined Swedish showcase festival, Future Echoes as their Head of International Business Development. Future Echoes is a new premier music Industry showcase conference based in Sweden. This year in Norrköping, Future Echoes brought together Music Industry from across Europe and created a forum to discuss the future of the music industry and scout new talent that is ready for export. 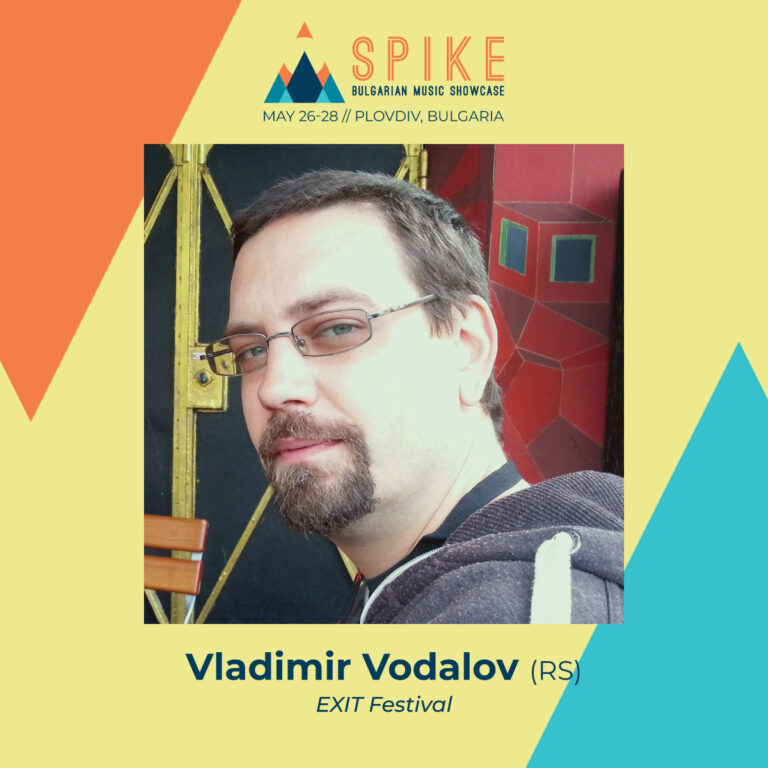 Vladimir Vodalov is a Festival Consultant from Novi Sad, Serbia, with a long history of working in the festival industry: 11 years as a CEO of AAA Production, an event, booking and promotion company.

21 years of EXIT festival. Vladimir  Vodalov has been part of the EXIT team since the year 2000. He was a member of the EXIT program production team as well as being involved in the most prestigious shows and festivals in Balkan region such as RHCP, Madonna, Chemical Brothers, Massive Attack, Manu Chao, EXIT Festival, Warriors Dance Festival, Sea Dance Festival and Revolution Festival. Voldalov has worked on cultural cooperation projects like MiM, Azalai, CEETEP and especially dear projects MOST and HEMI. 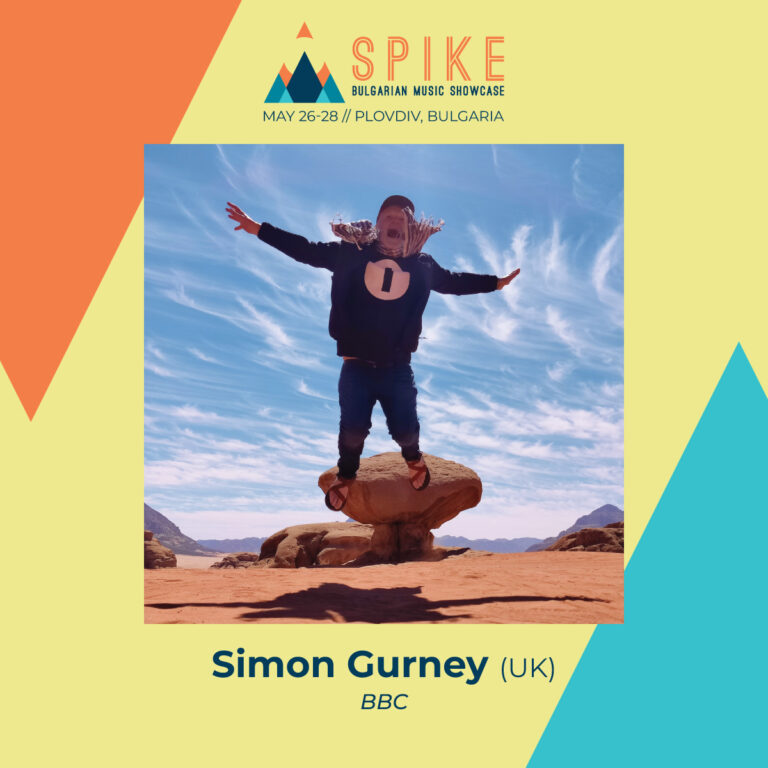 Simon has spent 30+ years in the UK music industry (but insists he is only 25!) the last fifteen of which have been looking after outward licensing and synchronisation for the BBC’s catalogue of 2 million or so music recordings. Prior to that he worked at Major (EMI) and independent (Ministry Of Sound, DMC and Distinct’ive) labels alike honing his skills in these areas and building up a formidable network of contacts.

On top of the day job* he – in normal times – watches new bands perform live weekly at various showcases and offers advice when possible to the performers on how to improve their earnings potential. 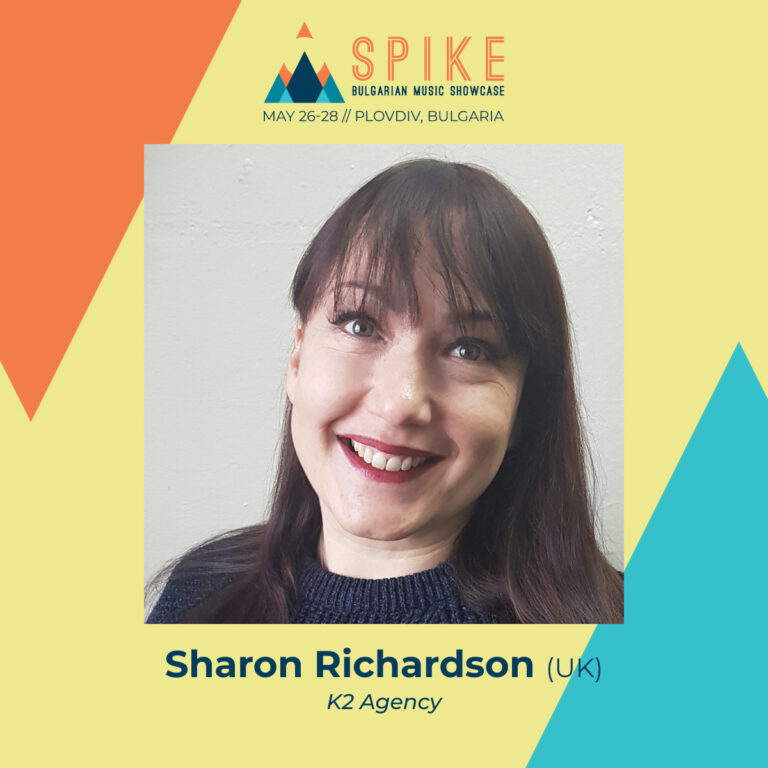 After starting her working life in the early 2000’s as a catering assistant on tour, and working her way up from there. Sharon Richardson started her own company in 2004 Factory Music Management and Agency Ltd, offering agency, management, production and press. An agency that would not only book an act, but provide tour buses, crew so a one stop shop so to speak. Sharon’s roster of artist grew and do did the profile of her acts she was working with.

This caught the eye of the larger players in the industry, and in 2017 the infamous John Jackson for K2 Agency asked Sharon to merge Factory Music Management and Agency with K2 Agency. “This was a dream come true in the genre of music I work in, and there was no other answer to give but YES!!”

K2 Agency is the home of Metallica, Iron Maiden, Ghost, Gojira, Kvelertak, Cradle Of Filth, Spiritbox, Anthrax and many more!! 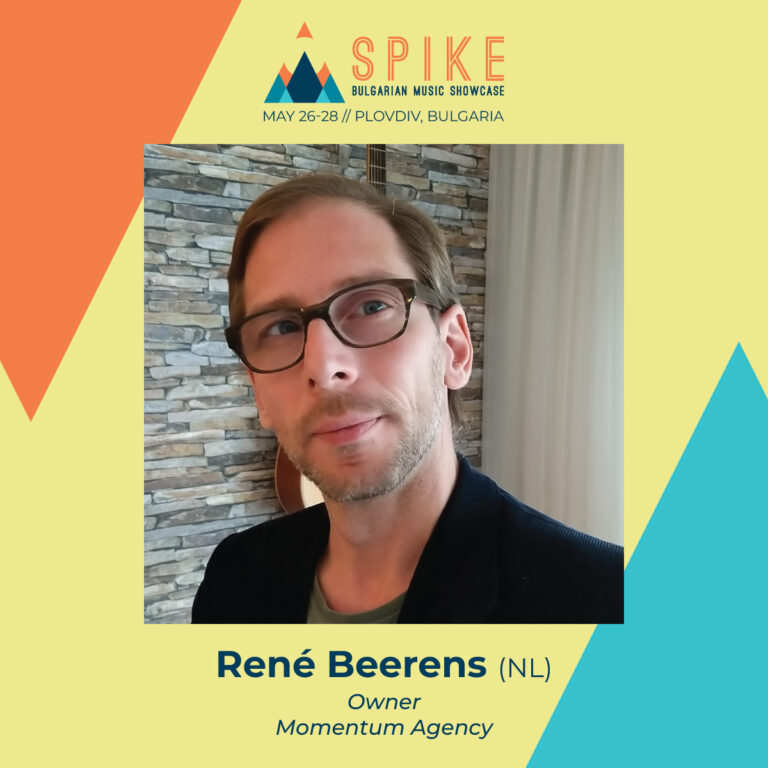 René Beerens has travelled the world as one-man-band, organised many festivals and clubshows as independent promoter, has been an international agent at BLiP Agency for 7 years and is currently owner at Momentum Agency where he a.o. manages Dutch rock bands DeWolff, Birth of Joy and Navarone.

Recent achievements with DeWolff include e.g. winning an Edison (Dutch Grammy) for ‘Best Rock’, playing 4 sold out shows with the world-renowned Metropole Orkest at the Royal Theatre Carré, supporting TOTO on their upcoming 2022-tour in Germany and Poland (7 shows) and Giorgio Armani selecting DeWolff’s song ‘Sugar Moon’ as official soundtrack for their worldwide 2022 campaign for the fragrance ‘Code’. 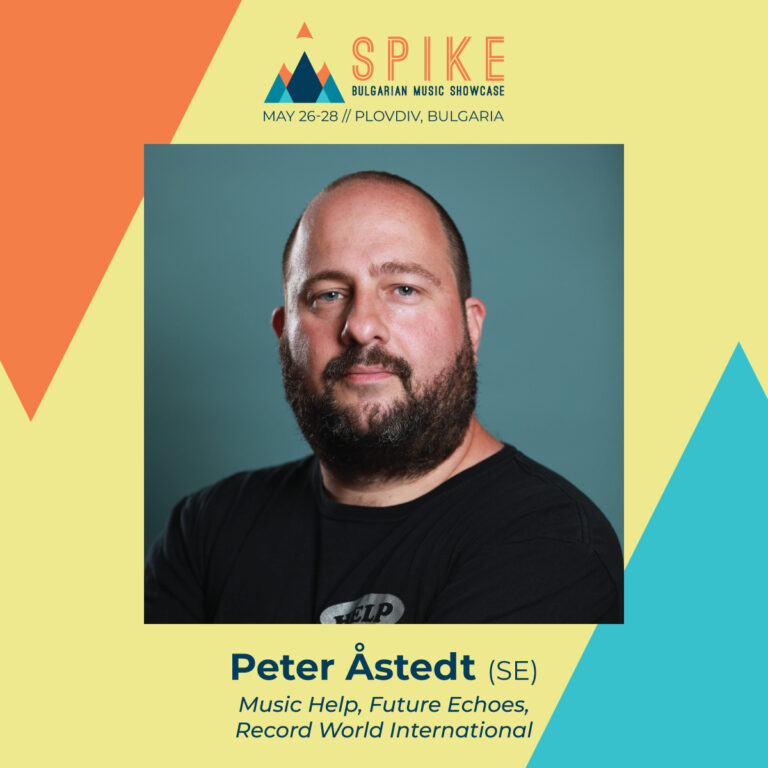 Peter Åstedt has been working in the music industry for over 30 years. He started his own record label, Dead Frog Records, at the age of fifteen in 1990. The label is still running and is one of the oldest in Sweden. Peter was an early protagonist of the digital revolution in the music industry. He uploaded his first mp3 in 1995 and worked on one of the first legal sites to sell mp3s, called Vitaminic.

In 2008, he started the company Musichelp Sweden AB which is a service company for people/artists in the music industry. Over the years, over 10 000 artists have gone through his systems.

In 2009, Peter created a publishing division: Musichelp Publishing. The main focus was placement in commercials, TV, games, and movies. The rooster quickly became famous for its quality and to this day, it has worked with international brands like Microsoft, Coca Cola, Samsung, BMW, Volvo, Huawei, EA-games, Mc Donalds, Viasat, Rocket, Red Bull, Viaplay, Sky channel, Rimmel London, GB-Glace, Deutsche Telecom, Vodaphone, Nokia, Hilton Hotel, Seven Town, Bealls and many more; and has made placements in TV series like What about Brian, Beverly Hills 90201, Six feet under, Unemployment, Blue mountain state, Degrassi, Roswell and movies like Drowning Ghost, Bombay Dreams, Hip Hip Hora, Kommissarie Späck, Trevligt Folk and more. One of the bigger achievements was to place artists for the Olympic Games in London 2012. Also that he has placed music on Superbowl commercials three times.

Over the years, Peter has spoken and been on panels at several international music conferences like SXSW, Midem, ONGEA, GMA, CMW, TIMM, Reeperbahn, today he has spoken at more than 40 conferences all over the world. Songs he has worked with have over a billion streams on Spotify alone. He has worked on five of the twenty most-streamed songs in the world.

Peter also writes a popular music blog at Cashbox Magazine Canada and has his own radio show on Cashbox Radio and is the editor for Record World International.

He has started the new showcase festival company “Discover Sensation” 2019 and their first project is Future Echoes. 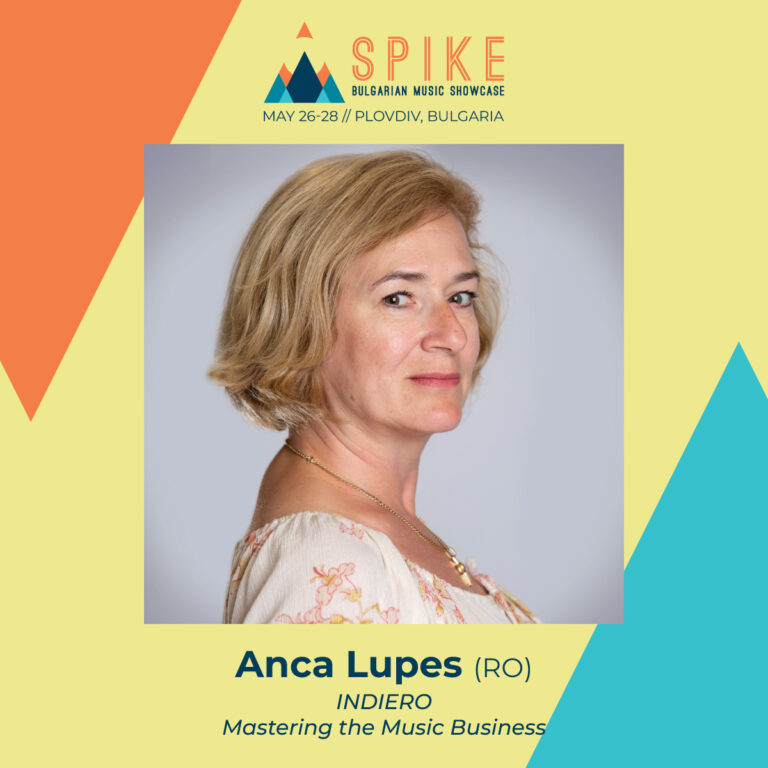 Anca Lupes is one of the most experienced professionals in the Romanian music business. One of her most important advantages is that during her career she works in almost all the areas of this industry: mass media (press, radio, TV), concert organising, record companies, music publishing, management and booking agencies. Due to her extensive experience, in 2006 she starts teaching music business in Romania.In 2009 she becomes the first Romanian music business professional to graduate the Master in Music Business Program from Berkelee College of Music (Boston, USA). In 2016 she founds the first international music business conference in Romania – Mastering The Music Business conference & showcase festival – which quickly becomes a relevant professional event in the CSEE area. She is the pioneer of music business education in Romania.

Currently she is President of RAW Music (the main organiser of Romania’s leading music business conference and showcase festival – Mastering the Music Business) and Executive Director of INDIERO (the Romanian indie labels & music publishers association, affiliated to IMPALA and WIN). 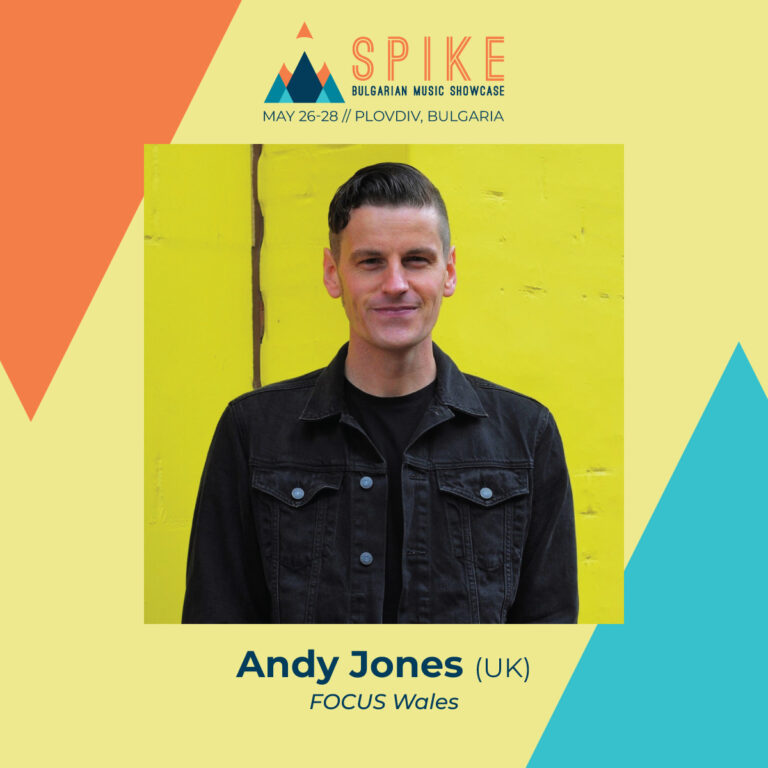 Andy Jones is the co-founder and music programmer for the FOCUS Wales showcase festival. Andy has worked within the music industry for over 15 years; as an artist, label MD, and promoter. He’s delivered work for a variety of labels, including dedicated releases in the UK, Germany, Italy and Canada.

Through these projects Andy has gained extensive experience of the various sectors, providing his team with a depth of expertise which underpins the delivery of the FOCUS Wales festival. FOCUS Wales is an annual international showcase festival for the Welsh music industry, and takes place in Wrexham each year, placing the industry spotlight firmly on the talent that Wales has to offer the world. 2022 marks the festival’s 11th anniversary year edition, and will welcome over 15,000 festival goers, with over 250 artists from around the world performing across 20 stages. 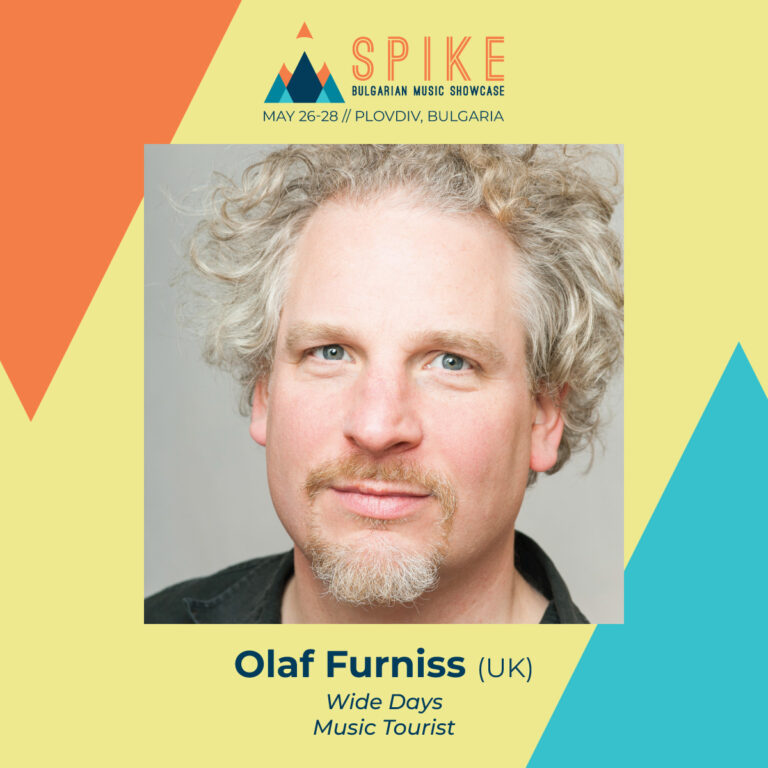 Olaf Furniss is a music-business event organiser, journalist, lecturer and a member of the Scottish Tourist Guides Association.  He is based in Edinburgh, but regularly works as a consultant for international clients outside Scotland. Olaf is a founder and director of Wide Events CIC, which hosts the annual Wide Days convention in the Scottish capital, the Off The Record youth events and the Born To Be Wide seminar and social nights. In 2016 he founded Music Tourist, an event company and consultancy which hosted the world’s first music tourism conference in Glasgow.

As a journalist he has reported for the BBC, The Guardian, The Scotsman, Aftenposten Innsikt, Svenska Dagbladet, Musik Woche, I-Q and Clash. Since 2007 he has co-written  the weekly Under The Radar column published in Scotland On Sunday. This is the only section of a national newspaper focused exclusively on emerging Scottish acts. Olaf has given guest lectures at the University of the Highlands & Islands [Perth College], Hedmark University College [Norway], Pop Akademie (Germany),  Edinburgh Napier University, the University of the West of Scotland, Edinburgh College and the Academy of Music & Sound. He has a Masters in Music: Innovation and Entrepreneurship, and focused on the links between music and tourism.

For more on the Spike Bulgarian Music Showcase visit: spikeshowcase.com/