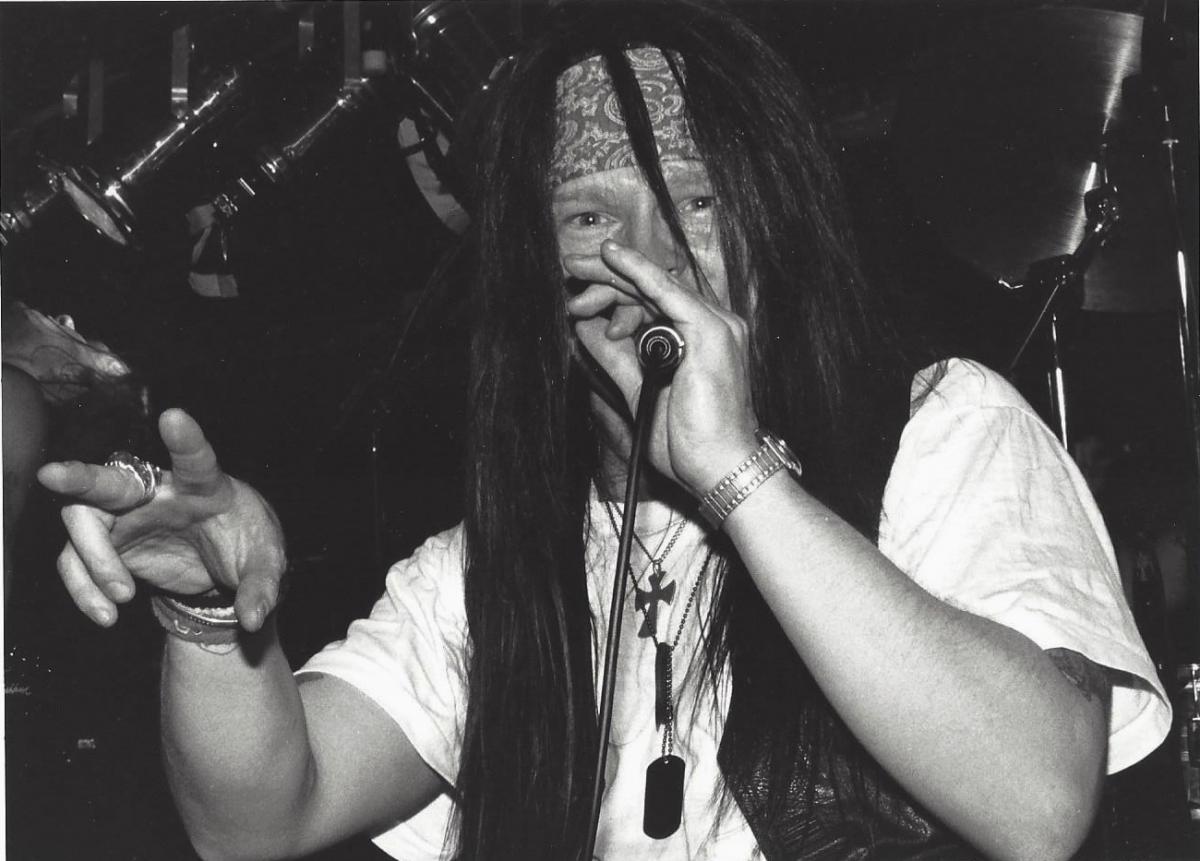 (Editor's Note: Brad 'Rusty' Bakewell, lead singer and master provocateur of hard rock crew Jack Damage has passed . Rusty never made the big time but every time he was onstage, he made it a big time. He was a very relatable dude and his big-hearted ways made a mark in many people's lives. The memoir below is from one of them.)

This is my friend Brad Bakewell. Most of you knew him as Rusty or Crusty Rusty if you were part of our scene at Rock'N'Roll Heaven. Rusty left us last week. Indications are it was from complications surrounding a near fatal car accident a couple of years back, in BC. Rusty was a complete rock and roll animal in the end. And for that we who loved him and thanked him.

Jack Damage debuted in 1989 as a Winnipeg band called Foreplay. It was comprised of G.T., Doc, Mick Fubar, and two other members who the band fired. They found Stacie T. Rat but couldn't find a singer. So they decided to load everything into their '77 Dodge and move to Toronto to be based out of there.

In Toronto they found Rusty, who had been recently exited New Jersey band The Flu. They met him at an after-hours booze can, one of the many such which served as incubators for the burgeoning hard rock scene. Rusty had also previously played Axl Rose in Guns 'N Roses tribute band Runs In Your Hoses.

Thanks to a bubbling up Toronto heavy rock scene that was both encouraged and well documented by the likes of Metallion and M.E.A.T. magazines and radio station Q107, the newly rechristened Jack Damage began to create a big buzz around both Toronto and eventually the rest of Canada.

Unfortunately, a record deal could not be found. Still, the tight bond between its members kept Jack Damage on perpetual tour up until Rusty's accident. At this point, the future on the band is uncertain. Farewell to a true rock'n'roll original.