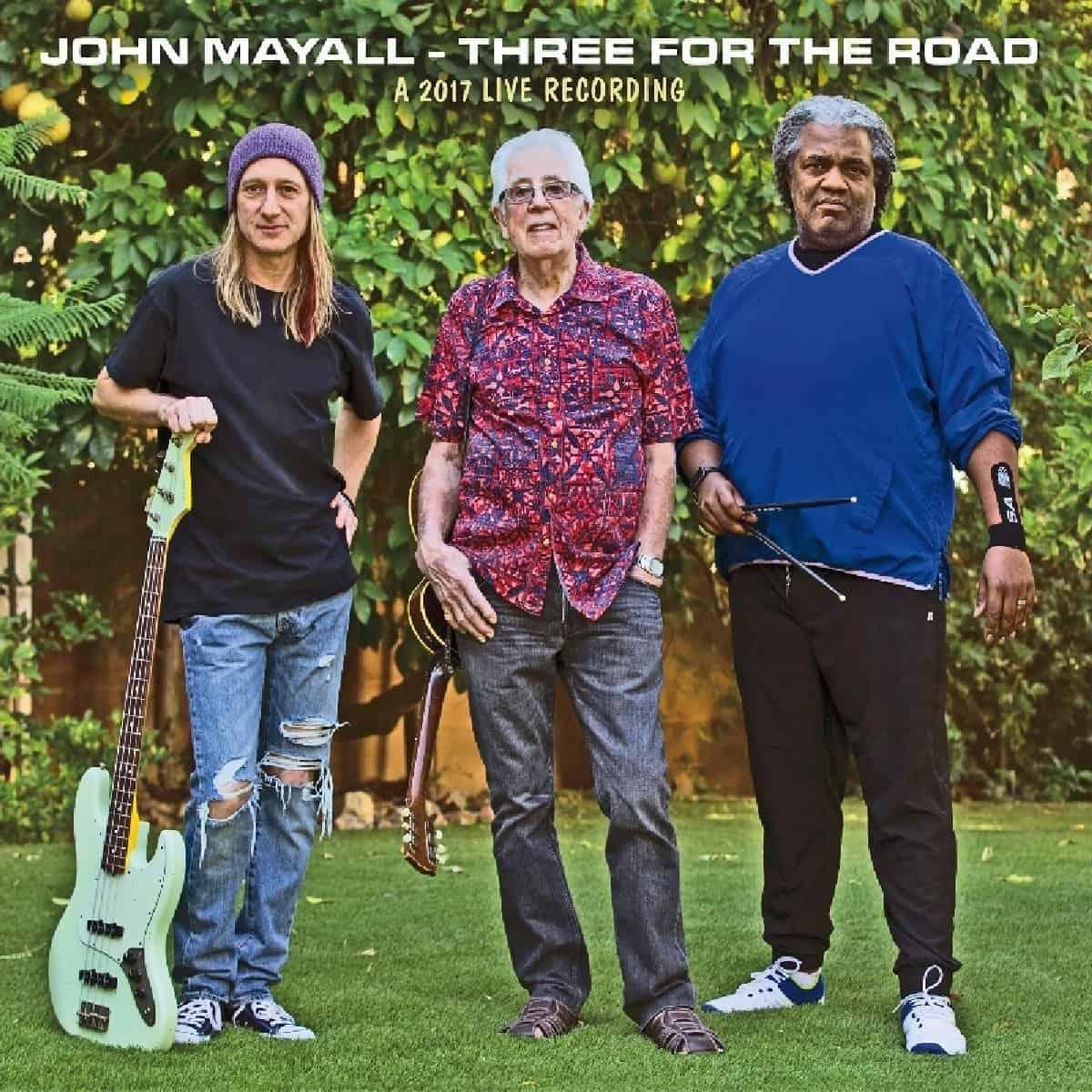 “I hope the fans will enjoy the fireworks that the three of us came up with during a subsequent tour of Europe last year,” Mayall says. “We opted for recording in East Germany purely as a convenience and availability of a recording company. They specialize in live recordings and I must say they captured the energy that took place onstage. The songs come from my extensive library of material composed by some of my favorite blues players. Naturally, my playing is featured quite a lot more than usual in this format, and I hope listeners will enjoy the performances that capture a new chapter in my live shows.” John Mayall has been utilizing the current trio format for over a year. Long-time followers of the legendary British blues master know to expect the unexpected from Mayall, who always likes to keep his sound fresh, both in terms of musical ideas and in the band members he’s utilized throughout his 50-plus year career.

“I’ve been using the trio format for our live shows for a year already,” he states, “and the reason for that came about quite accidentally when my guitarist Rocky Athas wasn’t able to make a festival gig due to airline cancellations. Since then, I found that the interplay and dynamics have created a more personal upfront sound in my live performances. I can’t speak too highly of bass player Greg Rzab and drummer Jay Davenport, who have been my bandmates for the last ten years or more. Their Chicago roots are to the fore every time we get onstage together.”

Three for the Road comes one year after the release of his last studio CD, Talk about That, which saw Mayall’s then-four piece band joined by a special guest, legendary guitarist Joe Walsh, who played on two tracks, “The Devil Must Be Laughing” and “Cards on the Table,” both John Mayall compositions. Talk about That garnered tremendous reviews from the fans and media alike, while also generating extensive radio airplay. It came after John Mayall’s induction into the Blues Hall of Fame in 2016.

For over 50 years, John Mayall has served as a pioneer of blues music, rightly earning him the title, “The Godfather of British Blues.” In 2013, John signed with producer Eric Corne’s label, Forty Below Records, and the four studio albums – along with two landmark Bluesbreakers live 1967 recordings - released since continue to raise Mayall’s recognition as a true pioneer and innovator in blues and roots music. He continues to perform extensively both in the USA and abroad, and has an ambitious touring schedule in place for the rest of the year that was booked by Monterey International Artists.

As for what’s next on John Mayall’s horizon, he’s giving fans an early head-up as what’s to come in the future. “As for recording, I shall still be exploring the talents of guitar players who will be pretty well-known to all lovers of rock and roll. They will be strongly featured on the next studio album. I have already got songs lined up for our sessions in the studio at the end of this month. So look out for the prominent interplay and surprises that will be coming your way later this year. Thanks for all your support as usual. I couldn’t do it without you!”