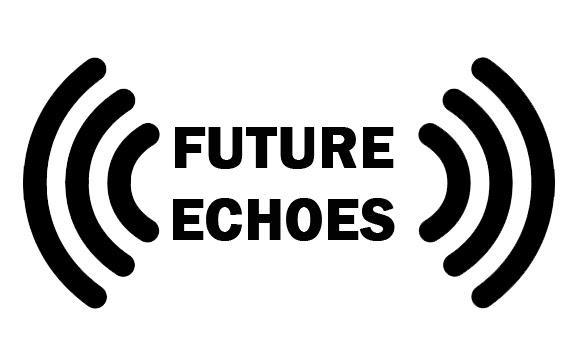 Yes, Sweden steps up by announcing a new Showcase Festival in 18 to 20 of February in Norrköping in a statement to make a gateway to Sweden for artists that want to enter the market or develop their international career. Follow the festival on social media to get the news when they open for applications to play.

Discover Sensation has created a completely new platform for music – in an experienced host city.

On 18-20 February 2021, the showcase festival “Future Echoes” will make it’s debut in Norrköping – the Nordic region’s only official music city in the global network UNESCO Creative Cities. The initiative is an innovative initiative to support the recovery after COVID19 by bringing together the music industry, talent development and music cities.

Future Echoes will be a creative, sustainable and innovative meeting place for the national and global music scene and at the same time, the organizer Discover Sensation will create a path into Sweden for the international music community. The goal is to build a common platform, which can grow organically in close collaboration with other actors locally, nationally and internationally.

The organizer Discover Sensation has worked with over 50 showcase festivals internationally for many years and has been involved in the development of new concepts on a large global level, developing relationships around the world.

”In the past, we have worked with traditional showcase festivals. Now the goal is to build something unique based on the new conditions the industry is faced with. We are gathering our large network to strengthen and build something together during the recovery. All in an effort to turn the negative crisis into a positive opportunity and to think with a new vision”, says Peter Åstedt, Discover Sensation.

The coming years will have a natural focus on the reconstruction after the pandemic and the event will probably be one of the first large, physical meetings arranged for the music industry in 2021, after COVID-19.

A showcase festival is an industry conference for the music industry with a focus on research, growth and exports, new technology and talent development linked to new music being shown live to audiences interested in music and bookers from all over the world. These elements will still form the basis of Future Echoes, but with new features and innovative live solutions. An investment in music cities and how music in urban development can be linked to the Agenda 2030 goals, property development and investments in living city centers are included. This is expected to attract new groups to participate, such as politicians and property owners.

There will also, be more digital opportunities to participate for audiences and bands. Discover Sensation also invests in matching and wants to create opportunities for indie companies, startups and local talent to meet high-ranking people in the international music industry.

The future requires innovative solutions for music, also linked to nearby industries such as music tech, games, film and visualization, which are already leading clusters within the Östergötland Region. But it was during a meeting on talent development in the spring of 2020 that Discover Sensation realized that they shared Norrköping City of music’s vision for the work within the global network UNESCO Creative Cities. Norrköping has also previously hosted an international showcase festival 2015-2018 and in 2019, the Nordic region’s first Music Cities Forum was arranged in connection with the Culture Night in Norrköping.

“Norrköping is perfectly suited for the purpose of a varied range of scenes within walking distance in the city. The city has proven that competence exists to be able to produce a showcase festival of this quality and we already have contact with several companies there. The municipality has stated that they want to put themselves on the map with their creative industries and work with the Agenda 2030 goals within the framework of the music city concept, so we now have a dialogue, also with Östgötamusiken regionally, regarding what a possible collaboration could look like in the future”, continues the organizer Peter Åstedt.

Despite the fact that Norrköping will be the home arena for Future Echoes, the idea is that the platform will expand its presence to several locations in Sweden in the foreseeable future. Several major stakeholders, including countries with music investments in exports, have already backed the initiative.

In connection with current restrictions during the COVID19 pandemic, the festival will be adapted to ensure everyone’s health.

“We work with three different scenarios, but Future Echoes will start next year. Then it can grow organically together with our partners, the important thing is that everyone involved dares to think new. The whole idea is based on everyone bringing their piece of the puzzle to the table – we have the frame they can fill in and the picture will look different in different years, depending on what is relevant”, Peter Åstedt concludes.

Applications for artists who want to participate will open no later than the end of September, but probably earlier. News about the festival will be published regularly via the festival’s website and social media.