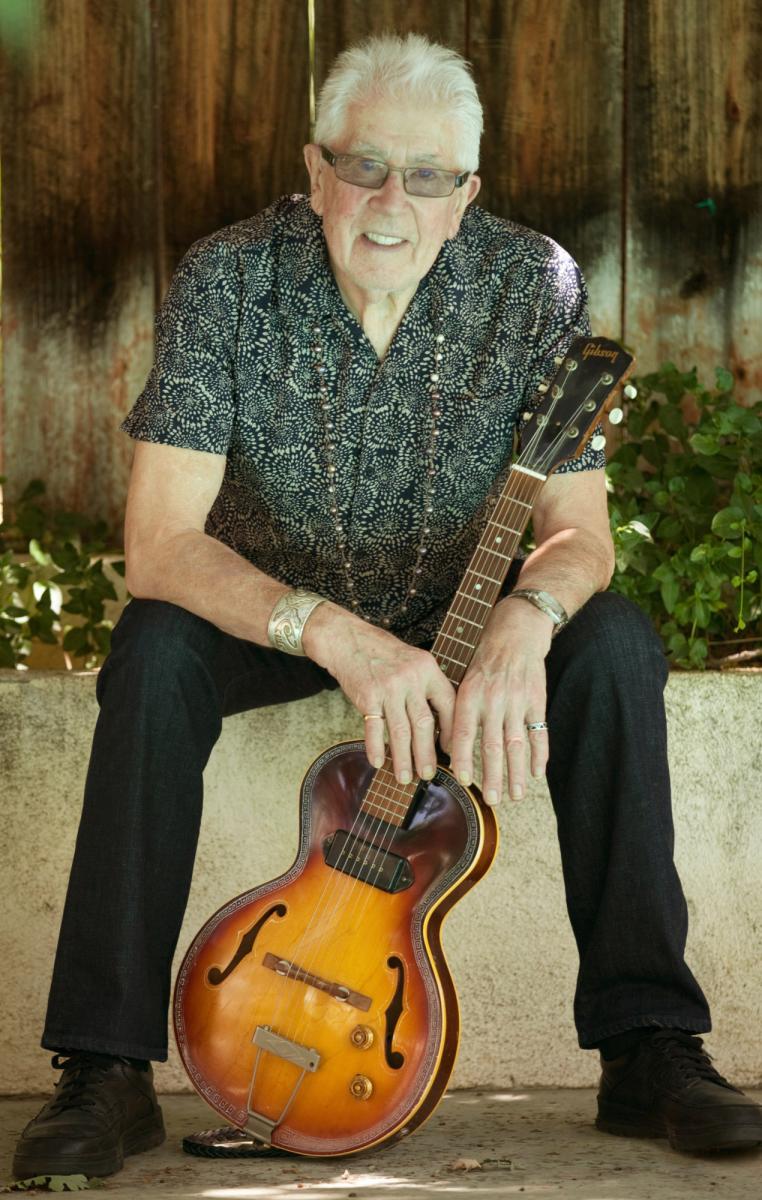 Talk About That is drawing rave reviews from the press and extensive radio airplay. “…Mayall continues to work tirelessly to spread the blues gospel…the 11 tracks offer a master class in contemporary blues, topped off with a helping of Mayall’s trademark lyrical wit and even a guest appearance by Joe Walsh” - People.com.

“Talk About That ranks with the best. Some may talk about that statement all day, but in the end, it’s true. Everything that defines a great album is here. Mayall wrote some songs that matter, and interspersed three smart covers. His quartet, aided by a trio of brass as needed, smokes every one with remarkable potency.” –Elmore Magazine

Produced by John Mayall (who also designed the album package) and Forty Below Records president Eric Corne (who also engineered and mixed),Talk about That was recorded at House of Blues Studio in Encino, California, and contains 11 tracks: eight originals, plus covers from Memphis soul music songwriter Bettye Crutcher (“It’s Hard Going Up”), blues great Jimmy Rogers (“Goin’ Away Baby”) and rock singer/songwriter Jerry Lynn Williams (“Don’t Deny Me”). The album also showcases a three-piece horn section that adds extra punch on several tracks, including the infectious New Orleans-flavored “Gimme Some of that Gumbo.”

“When I first had the idea for the title track, ‘Talk about That,’ I wanted to write lyrics that were about aspects of life that were running through my head,” John Mayall recalled. “I also wanted to give the song a modern groove that would convey the fun mood driving the piece. Greg and Jay laid down a really infectious rhythm for me to feature my keyboard chops and bring the song to life with a really funky feel driving it.”

Throughout his career, John Mayall has always written timely songs that reflect what he sees going on in the world around him, whether it’s war, poverty, social injustice or personal introspection. Such is the case with “The Devil Must Be Laughing,” which deals with the current political and world climate. And that incentive also brought him in touch with Joe Walsh, who contributes some percolating guitar work that melds perfectly with the song’s theme.

“A day before we recorded ‘The Devil Must Be Laughing,’ we got a message through the studio owner that Joe Walsh wanted to come by and possibly play on a track or two as a guest,” Mayall said. “Who was I to say no to that idea! So, Joe turned up at noon on the appointed day and with only a quick listen, plugged in and we did the song in one take. The second song closely followed, and with a smile and a quick photo, Joe was done and on his way. What a kick for all of us that day!”

For Joe Walsh, playing on a session with one of his musical heroes held a special place. “It has been a bucket-list item since 1970 to play with John Mayall,” Walsh said. “John had a run of GREAT British guitarists (one after another) with his ‘Bluesbreakers’ albums, and that’s how many of us in the States became aware of them. Clapton, Peter Green, Mick Taylor - I studied them all for hours and became a much better guitarist as a result. The albums were legendary stuff and I have wanted to work with John for years and years, wondering what it would be like.

“Finally got the chance - and he was the complete gentleman and fine, fine musician I had always hoped he would be. When you meet a hero who helped shape your career – it’s a wonderful feeling to find they’re even cooler than you always thought they were.”