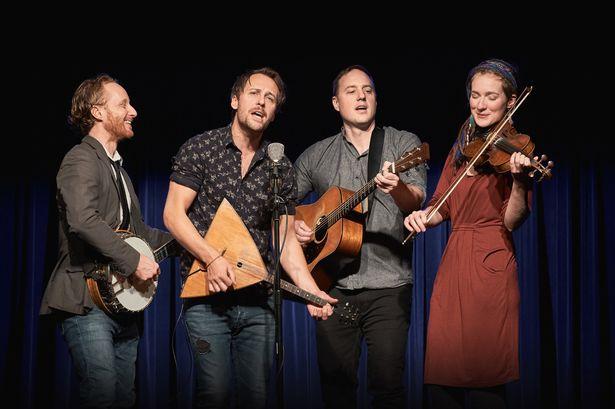 This diversity has carried over to their records and live performances. Their first full-length received a Canadian Folk Music Award nomination for “Pushing the Boundaries” of contemporary roots music, and their follow-up was praised for being “eclectic and exciting” (See) , “poignant” (Uptown), and “infectious” (CBC). They’ve gone on to sell out shows at venues as diverse as the Vienna Literary Festival, the Winnipeg Fringe Theatre Festival, and the Vancouver Jazz Festival, while maintaining a frequent spot on the Canadian folk festival circuit. As McLeod puts it, “We’re like Broken Social Scene. But acoustic, and way less famous.”