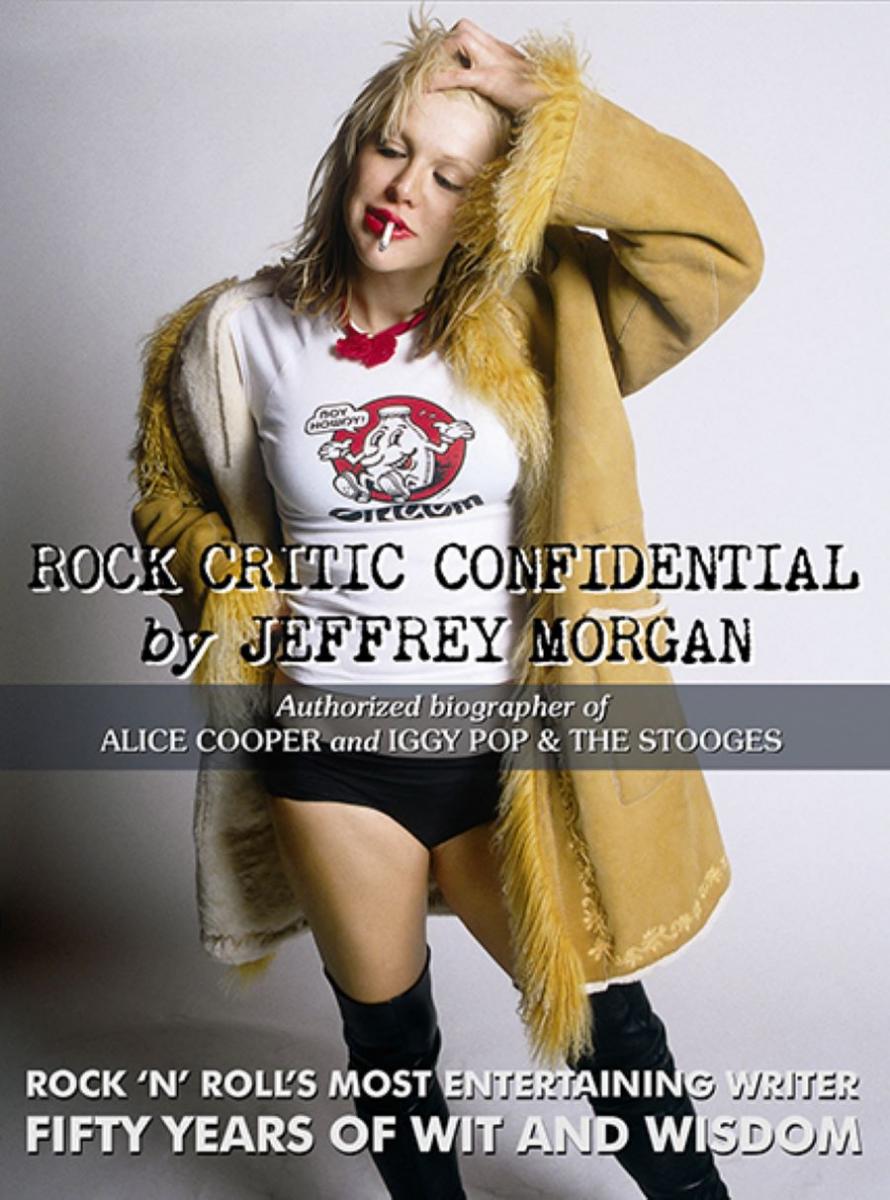 The salacious tell-all lands in the form of a hardcover coffee table book via UK publisher, New Haven.

READ! how Morgan was STRONG-ARMED by Lester Bangs into spending TWENTY YEARS as the Canadian Editor of CREEM: America’s Only Rock ’n’ Roll Magazine!

GASP! at Morgan’s LIFE-ALTERING DESTINY to become the authorized biographer of both ALICE COOPER and IGGY POP & THE STOOGES!

SEE! over 200 of Morgan’s previously unseen COMPROMISING PHOTOS of rock stars caught in their youthful prime including DAVID BOWIE! THE ROLLING STONES! FREDDIE MERCURY! THE WHO! plus dozens more! Photographs taken by Morgan during the 1970s at MAPLE LEAF GARDENS and MASSEY HALL which were then SUPPRESSED for the past FIFTY YEARS!

WONDER! at how Morgan could do all this WHILE SITTING AT HOME IN TORONTO without EVER leaving town!

RECOIL! in horror when you read the book’s AFTERWORD WRITTEN BY ALICE COOPER!

You can purchase 'Rock Critic Confidential' on Amazon here: amazon.ca/Rock-Critic-Confidential-Jeffrey-Morgan/dp/191258753X/

ABOUT JEFFREY MORGAN:
Fatefully born in Toronto on the same day that “(We’re Gonna) Rock Around The Clock” by Bill Haley & His Comets was released, Jeffrey Morgan is the authorized biographer of both Alice Cooper and Iggy Pop & The Stooges. Jeffrey is also the author of the graphic novel The Brides of Mister X and Other Stories, which Rolling Stone called “one of the 50 best non-superhero graphic novels.” In 1974, Lester Bangs personally invited Jeffrey to write for CREEM: America’s Only Rock ’n’ Roll Magazine; a position he held for twenty years, becoming CREEM’s longest-serving writer. Also beginning in 1974, Jeffrey took over one thousand photographs of many of the rock concerts he attended. That archive is now represented exclusively by Reelin’ In The Years Productions for worldwide licensing. Explaining his unique visual style, Jeffrey says: “Taking a cue from Debussy, I wanted to capture The Space Between The Notes which is why, more often than not, my photographs portray musicians pausing instead of performing. My intention was to photograph the live equivalent of fine art studio portraiture.”