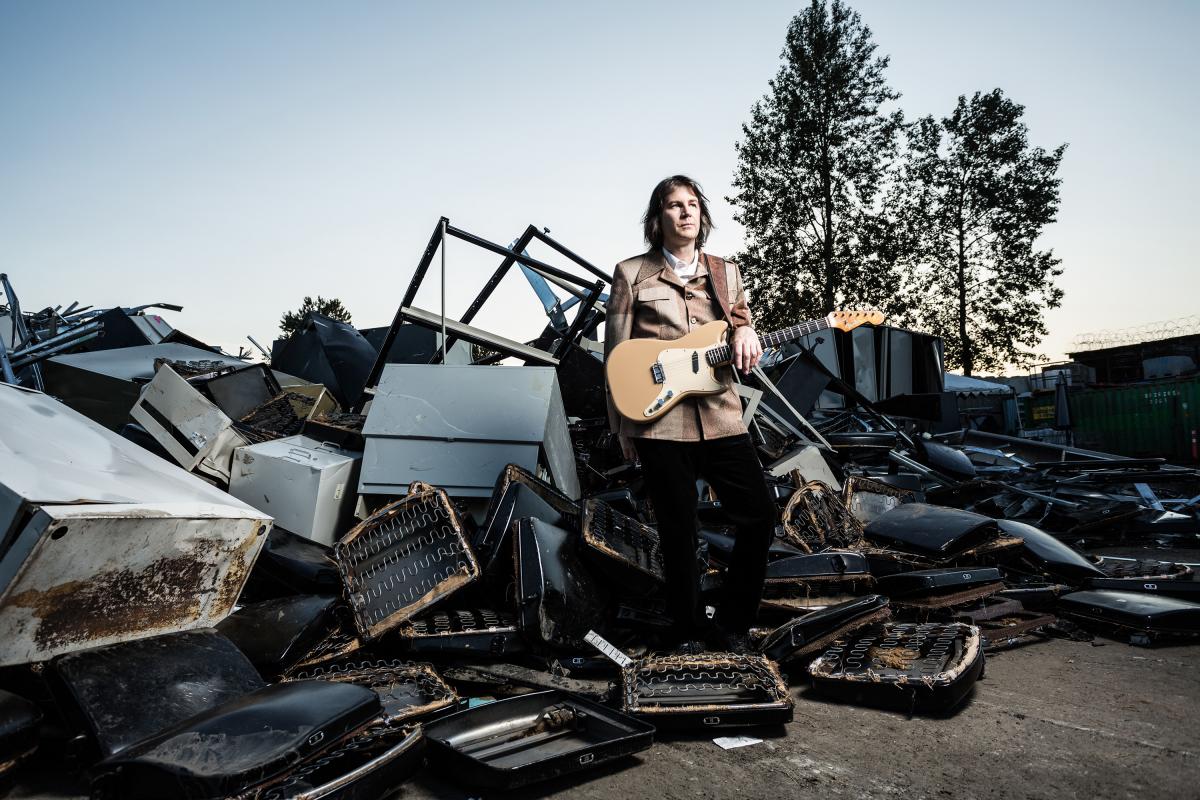 The film has been on the film festival circuit for the better part of the last two years, receiving over 200 extensive accolades and recognition at more than 100+ festivals in the feature film, screenwriting, soundtrack, movie poster and film trailer categories.

“I had spent three years just writing and recording music before this,” he continues. “By the time I was finished, I had enough recorded music which could serve as soundtracks for films.

“I recorded with great musicians at Blue Light Studio in Vancouver and worked with producer Kaj Falch-Nielsen. I then went down to Central Oregon where I filmed The Astronot (2018) and then 2 Below 0 (2019) with Far From Earth Films director Tim Cash.

“I had the opportunity to record with two world-class musicians — drummer Steve Ferrone (Tom Petty & The Heartbreakers, Eric Clapton, Duran Duran) and bassist Garry Gary Beers (INXS) on The Astronot Soundtrack. They played on the two lead singles, 'Walk With Me' & 'Crashland'.

“That was a dream come true.”

The 11-track The Astronot soundtrack came in 2018 and is followed by this year’s Gravity: The Astronot, an eight-song album that serves as a sequel album to the original soundtrack, including dance and club mixes. “I got the chance to work with producers Kirk Kelsey and GRAMMY Award-nominated Eric Alexandrakis on Gravity: The Astronot, and they made remixes of the original rock tracks with a dance and club twist,” he shares. “I love the energy and vibe of these; they are incredibly fun to listen and move to.

“Both The Astronot and Gravity: The Astronot albums were mastered by GRAMMY Award-winning engineer Sean Magee (The Beatles Remasters, Rush Vinyl Remasters) at Abbey Road Studios.

“It was an honour to have my music get in the door there.

While the two films have taken a lot of focus for Brae — from writing to acting, co-producing and scoring them, not to mention touring them on the film festival circuit — it was after their release, Brae felt the itch to do a music video.

“Tim and I went with the single ‘Strut-1980s', which pursues an 80’s musical theme,” Brae explains of the new showpiece. “We accompanied it with a visual theme from that decade with lots of bright colours & fun themes.

“It was a blast shooting this. I drove nine hours from Vancouver to Bend, Oregon and we began filming the next day. We shot it in the desert with pink flamingos, and the colour pink plays a large role in the story.

“And I love the mix that producers Kirk and Eric created…it's my favourite musical piece on the album.”

Hear for yourself; “Strut-1980s” — one of Brae’s favourite musical decades.