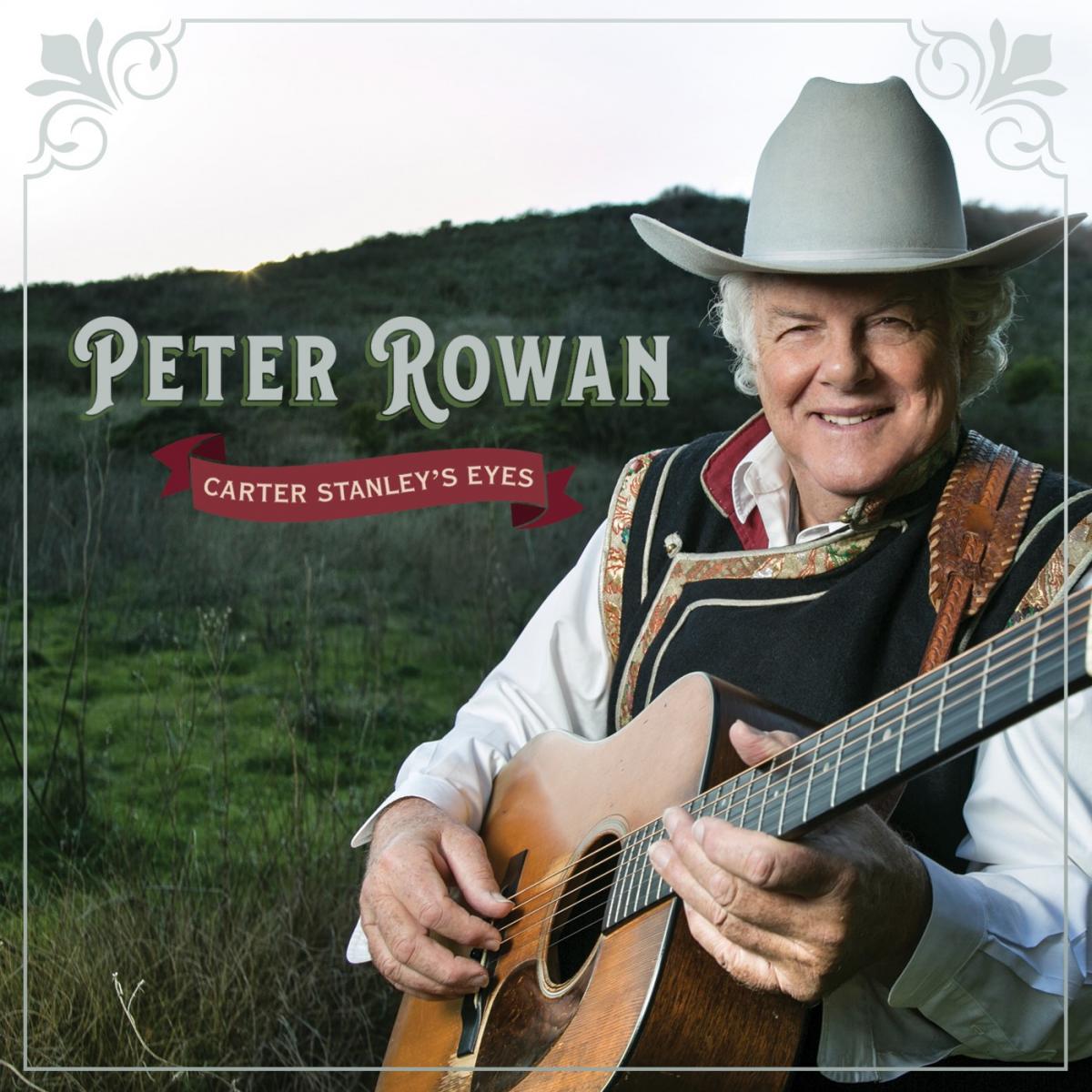 Peter Rowan is a genuine, modern country music great, a guy with one foot in the hallowed past shared with his days as a Bill Monroe Bluegrass Boy, and the other always poised to step ahead, with the likes of his remarkable forays into ‘Crucial Country,’ alongside Sam Bush, Jerry Douglas and Larry ATTAMATUIK, and the much- loved tracks, ‘Moonlight Midnight,’  ‘Free Mexican Airforce’ and ‘Panama Red,’ the latter a track he wrote way back when and which he laughs about when I suggest it must be a nice pension-pot to fall back on:

“I never made a dime from that song. It was just the way it worked at the time,” he shrugs with a shake of the head.

When we think of that ‘hi-lonesome sound’ redolent of classic country music, Rowan inevitably comes to mind, with his remarkable vocal range and ability to seemingly hit the highest of notes with a clarity that nowadays belies his age. And this guy’s no slouch on the fretboard either, with a positive mastery of both flat and finger-picked acoustic guitar. But if he has one true musical love, it is evidently bluegrass, a genre in which he remains supreme and still full of surprises:
“One of the things about bluegrass, it’s compulsive, it addresses the trials, the problems of life with a real honesty. Other music can be momentary, as I see it. Bluegrass is enduring.”

“I was about 12-years-old when I first got paid for playing music,” he laughs at the thought. “By the time I was fourteen, I had a band, ‘the Cupids,’ at school. We did all that Buddy Holy stuff, and Ritchie Valens, so it was the mid-50s. Then I heard banjo and I was hooked to that bluegrass sound.  I loved the energy of that sound. The folk revival came along at the right time for me.”

Rowan recalls meeting and playing alongside the likes of Joan Baez, Eric Von Schmidt and a lifelong buddy, banjo picker, Bill Keith: “We’d all hang out in those coffee shops where there was no age-barrier thing, unlike bars. All you had to do was buy a drink of coffee and listen to all that wonderful music. It was Bill Keith who got me my introduction to Bill Monroe,” he recalls.

And he remembers being blown away by Earl Scruggs picking: “When Earl took to the stage, well he just played and played. He was always eager to play and eager to please the crowd.”

He himself picked up the guitar at an early age, though he struggles to recall just what age he was: “My great-uncle George had a guitar. It was just always sitting there, beside him. He’d pick it up and just strum from time to time. It was the nicest object I had ever seen. I was moved to take it and strum it too. Eventually, I got more and more interested and got going myself.”

“I just kept going, getting better, improving my technique and my interests, including Hawiiain rhythms and styles. I never looked back.”

Meeting Carter Stanley of the Stanley Brothers, and already a semi-retired Bill Monroe Bluegrass Boy (due to illness), Rowan recalls the moment his own musical future was assured: “Bill took me up on the hill to Carter’s home, a steading. We all stood there together and Carter looked straight into my eyes and asked if I was ready to be a Bluegrass Boy. He was testing me out, I guess.”

Having taken up the challenge, Rowan went on to become the voice and guitar of the pioneering bluegrass outfit until he took to the road as a soloist with his own music and ambition, working alongside roots luminaries like Dave Griseman, Jerry Garcia, Tex Logan and Vassar Clements. His song-writing skills soon propelled him to an ever-greater audience and admiration from many bands and musicians who snatched his songs and made them their own. New Riders of the Purple Sage come to mind as one of those outfits that benefitted hugely from his talent, and Emmy Lou Harris also turned to Rowan for tracks at times.

Now in his mid-seventies, Rowan looks back on a life filled and fuelled by music and smiles: “I enjoy the music. I’ll keep doing this till I lie down, feet-up. As long as I still have the stamina, I’ll be out there traveling and playing.”