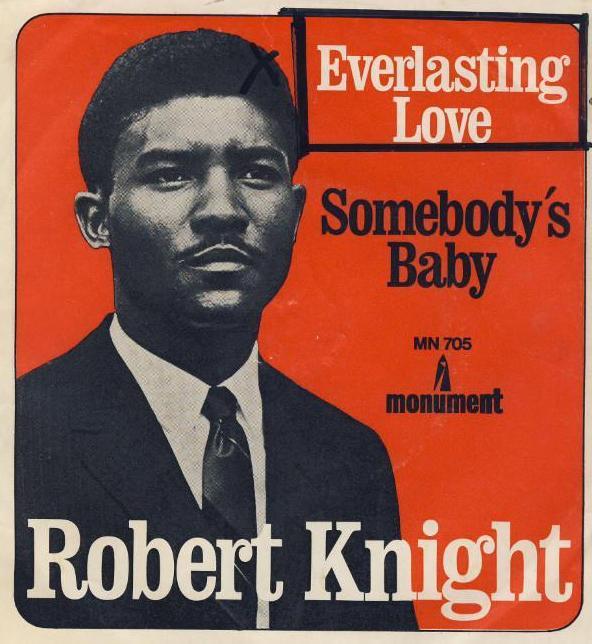 Robert Knight has sadly passed away at the age of 72.

The legendary singer was known world-wide for his hit song “Everlasting Love.”
Robert Knight, who recorded the first version of ‘Everlasting Love’, one of the biggest songs to come out of Nashville, died Sunday, November 5, 2017 after a short illness.

As young man, he was a member of the Fairlanes and sang lead for the Paramounts before becoming a solo artist.

In 1967, while performing during a fraternity party at Vanderbilt University, Mac Gayden heard "this voice coming from the Kappa Sigma House." He ran over there and met Knight as he was coming off the stage. "He didn't want to talk to me, but I gave him my card," Gayden remembered. Gayden introduced Knight to Buzz Cason, who signed Knight to Rising Sons Music, and they began working on an album.

Cason and Gayden had written a song called ‘The Weeper’, which they thought would be Knight's breakout hit. But then he cut another Cason/Gayden composition: ‘Everlasting Love’. It was, Gayden said, the last song cut during the session, "kind of like a throwaway tune."

Knight's infectious, soaring recording became an R&B and pop hit, and a beach music staple. Over the last half-century, it has been covered by Carl Carlton, Love Affair, U2 and Gloria Estefan, among others.

"With Everlasting Love, Knight created the blueprint for one of the most famous, most enduring songs to ever come out of Music City," said Michael Gray, a historian at the Country Music Hall of Fame and Museum. "Recording extensively with Mac Gayden and Buzz Cason in the 1960s, Robert was working in integrated bands when it was still taboo to do so in some places. The original version of ‘Everlasting Love’ is a prime example of the successful musical exchange between black and white musicians during a decade of great racial upheaval and civil rights struggles in the South."

Knight's subsequent recordings didn't reach the heights of Everlasting Love, but he had a few minor hits with Blessed are the Lonely, Isn't it Lonely Together and Love on a Mountain Top (another Cason/Gayden song) in the 1970s.

After stepping away from music, Knight worked at Vanderbilt as a lab technician and on the grounds crew. "Robert was just a great guy and very gentle man," said Gayden.

Knight was featured in the Country Music Hall of Fame and Museum's exhibit "Night Train to Nashville: Music City Rhythm and Blues," which opened in 2004 and ran for over a year.

The exhibit closed with a section about the making and impact of Everlasting Love. Said Gray, "We wanted to show a prime example of how one Nashville R&B song has lived on in popular culture over the decades. While we had several options, the decision to use that uplifting song was an easy choice."

Funeral arrangements are unknown at this time.