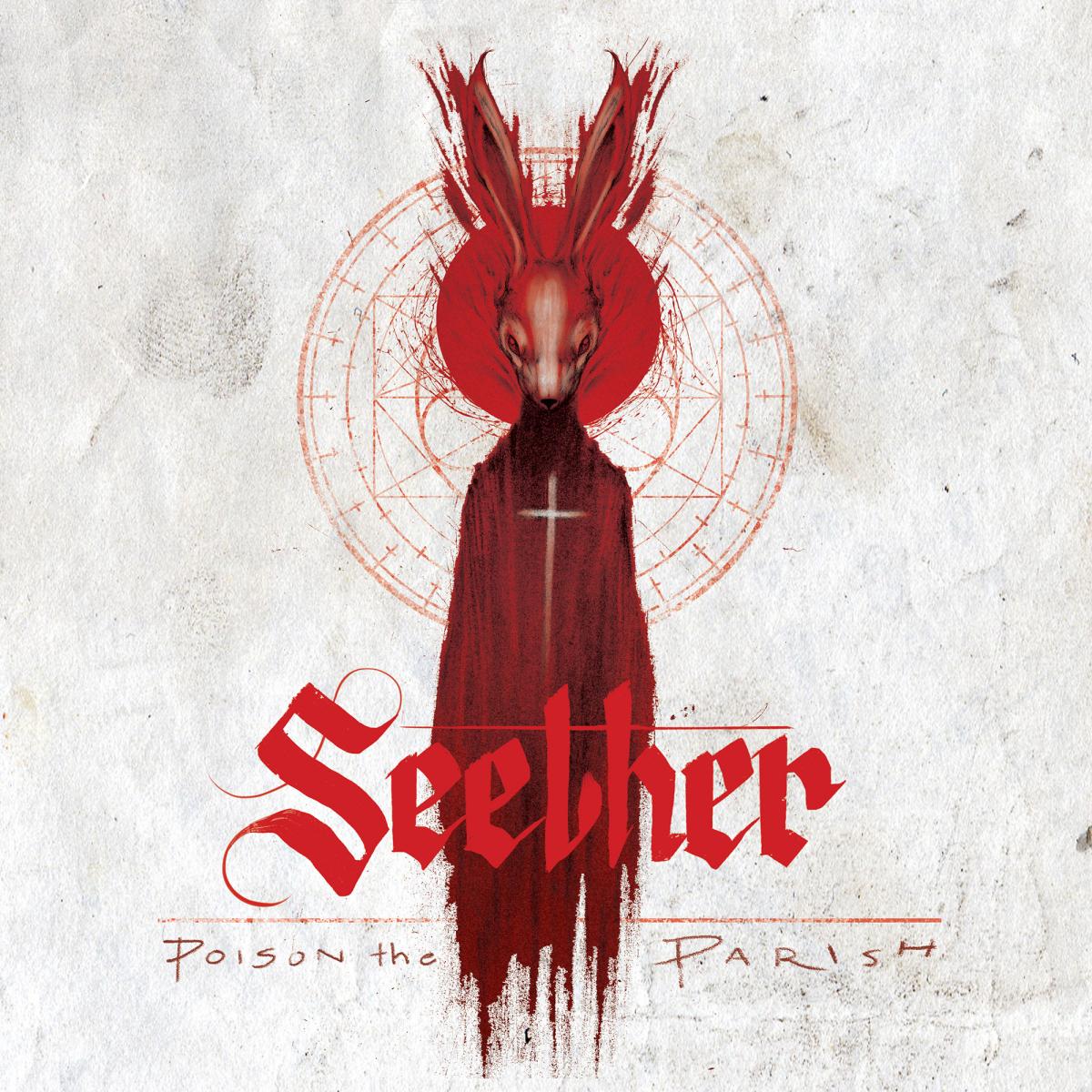 Poison the Parish was recorded at Blackbird Studio in Nashville, Tennessee, and marks the first album produced in its entirety by front man Morgan. Among the heaviest and emotionally pure efforts of the Seether’s illustrious career, the new album embodies the band’s newfound ferocity and resolve. "In a time when it’s easy to tune out all the monotonous rock, Seether’s Poison the Parish proves the South African outfit still grooves, crushes and rocks harder than all,” affirms REVOLVER. Alternative Press was similarly impressed stating , "Poison the Parish is a return to the darker and heavier style of music that Seether built their name upon.”

Lead single Let You Down , has quickly leapt into rock radio’s Top 10 and shows no sign of slowing down. The band also previously shared Stoke the Fire , which debuted via Revolver.

Seether is preparing to embark on the first leg of the Poison the Parish World Tour, which includes headline shows and festival appearances throughout the spring and summer. Every ticket purchase comes with a physical copy of Poison the Parish. Additionally, a portion of all tickets sold for the Poison the Parish World Tour will benefit the Rise Above Fund, which is a subset of Suicide Awareness Voices of Education, the largest suicide prevention organization in the country, and the band's partner on the Rise Above Fest.

Now in its fifth year, the Rise Above Fest has expanded to two days in 2017, on Saturday, July 22nd and Sunday, July 23rd, at Darling's Waterfront Park in Bangor, Maine. Performers include Seether, Korn, Shinedown, Stone Sour, Skillet, Halestorm, Falling in Reverse, and more.