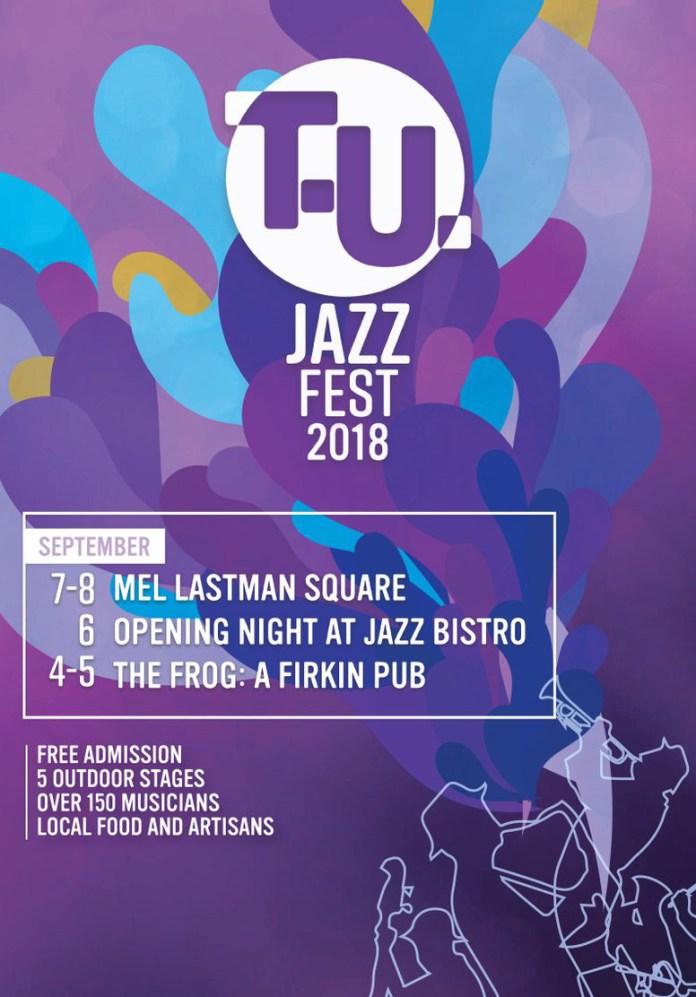 The Toronto Undergraduate Jazz Festival (TUJF) is hosting its fourth Annual jazz festival, T.U. Jazz Fest 2018 this September in downtown Toronto and North York regions. The goal and focus of T.U. Jazz Fest 2018 is to bring attention to the younger generation of musicians by providing a platform/outlet for which they can express themselves.

Through lack of opportunity, many young musicians don’t gain the experience or exposure they need to establish themselves properly. Being the only young musician-oriented jazz festival in Canada, T.U. Jazz Fest 2018 serves as a launching off point for many musician’s careers. Throughout September 4-8, musicians will play through a variety of venues through downtown Toronto and North York regions. The two days leading up to opening night will see bands play at the local venue, The Frog in North York where they can build working relationships with local business owners and play in front of new audiences.

Opening night at the Jazz Bistro at Yonge and Dundas will see the official kickoff of the festival with the “Band of the Year” and their opening band playing in front of high profile industry personnel as well as dedicated jazz listeners. On the main day at Mel Lastman Square, musicians will play on a selection of 5 stages. The main stage holds the largest audiences and has the highest amount of exposure. There will also be four smaller stage areas which bands will alternate between to maximize exposure and playtime. All efforts made are to maximize on the two ideas of musicians gaining experience and exposure.

In all areas, musicians will play in new venues and in front of new audiences, they wouldn’t have reached otherwise. Aside from student musicians, T.U. Jazz Fest 2018 will also host professional musicians both performing and hosting masterclasses. These classes will be held at North York Civic Centre and serve to educate and further the development of the young musicians.

The performances serve a similar purpose of educating but also inspiring the next generation of musicians, showing the talent and level jazz music can reach. These classes and performances are also something these musicians might not have access to, giving them another opportunity to learn and grow.

The Jam-Session at U-Stage (one of the smaller stages) will allow anybody to play and participate at the festival simply by signing up. This allows individuals to network and meet other up-and-coming musicians in the field they might not have otherwise met. It will also showcase their talents and develop their improvisation skills.

The entirety of the festival is free to the public, including masterclasses and performances. This is to let as many people be exposed to the talent and skills of the young musicians as possible.

The festival helps to build a bridge between the community and the skills of these performers and through a free festival, we hope to build a strong and diverse one.