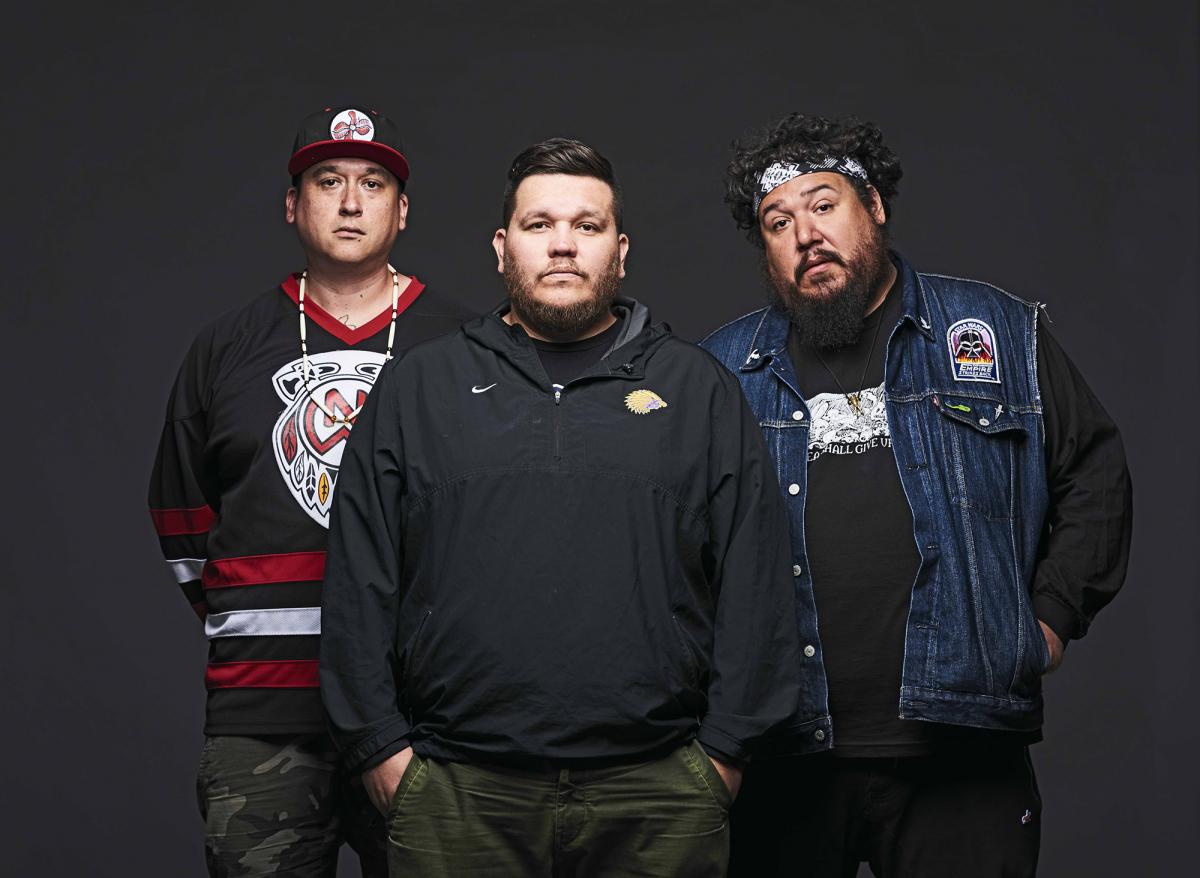 A Tribe Called Red has released a new video featuring Lido Pimienta. Filmed in Santiago, Chile, the video stars and was directed by Pimienta, who set out to “collaborate with artists in Chile who navigate their reality in the spirit of what The Halluci Nation represents – a way of life motivated by resistance and love”. The video – which was produced by Porch productions in Toronto and Somos Patria in Santiago – follows Pimienta’s character as she is mistaken for a maid by a bourgeois family in Santiago, then turns to a celebration within an artistic community.

Pimienta continues, "The people featured in the video are not actors, they are real Chilean artists, creatives and activists working in Santiago and elsewhere in Chile right now, in similar ways as ATCR in Canada. I set out to showcase how settler colonialism is in fact way more nuanced and complex by challenging these assumptions and preconceptions of how Indigenous people ought to be.”

The video also depicts a redesign of the band’s We Are The Halluci Nation seal – originally created by Ernesto Yerena – adapted by Canadian/Chilean artist, Gilda Monreal, to match her Mapuche heritage. The adapted seal features two main elements: Kultrun – the astral map, fundamental to Mapuche culture, and the design on the drum which the Machi (elder medicine/messenger woman) uses for ceremony; and Wangulen – a type of female spirit, also known as the stars, and sometimes used as a Northern Star symbol.

We Are The Halluci Nation was released on September 16th to critical acclaim. The record hit #1 on the iTunes Canada Top 200, spent two weeks at #1 on Earshot!, and reached #2 on the iTunes USA Top 200 Electronic chart. We Are The Halluci Nation was also named the #1 record on CBC’s list of the 25 best Canadian albums of 2016. This summer, the group saw the video for Stadium Pow Wow pick up Best Director at the iHeart Radio MMVAs, while their video for R.E.D. won Video of the Year.