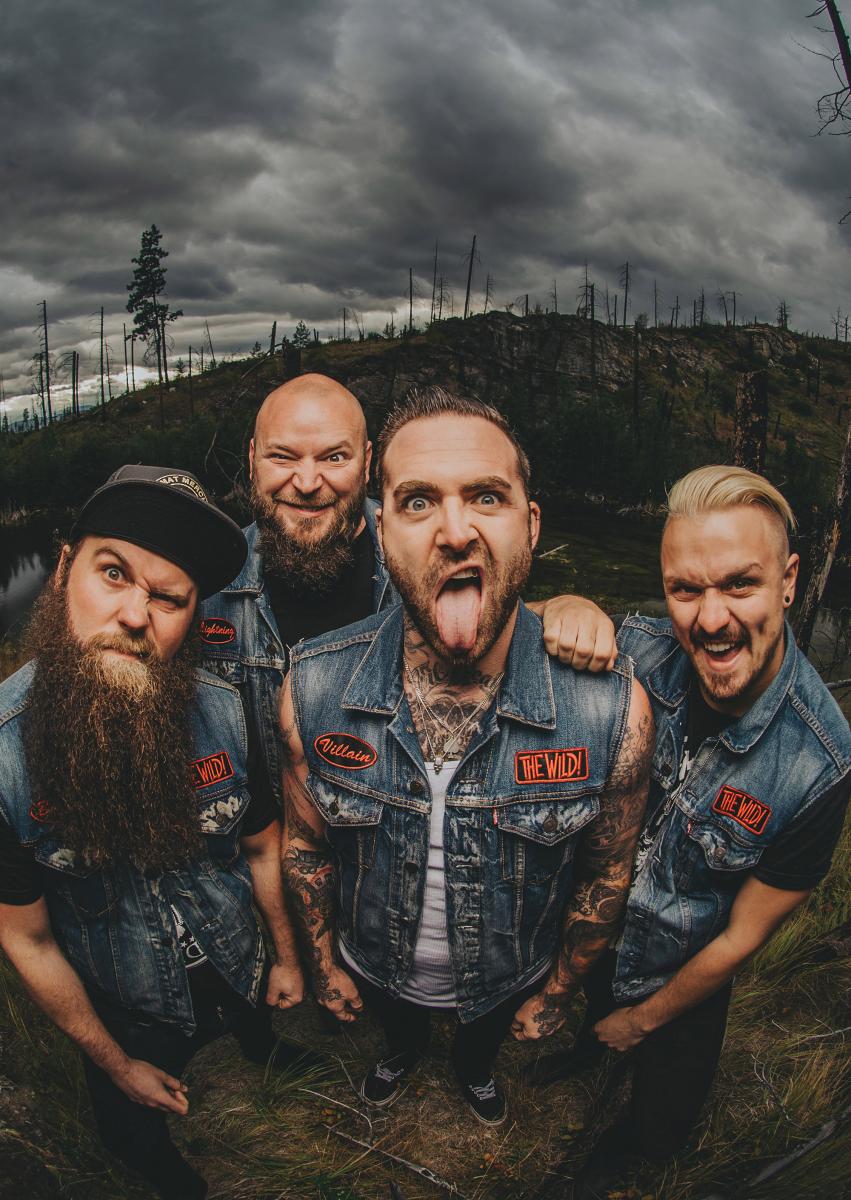 Canadian wild boys, The Wild!, debuted another wild and crazy music video for their track, Livin' Free, off their new LP, Wild At Heart, exclusively via Alternative Press Magazine. Directed by longtime collaborator Stuey Kubrick, this is the second video we've seen from the band off this release. Their first video for Ready to Roll can be watched here.

"This song is basically a huge cheers to the best years of your life," says frontman, Dylan Villain. "The lyrics in the chorus say it all, 'One for the sun comin' up in the streets. And for the nights we never sleep. Here's to the ones still livin' free.' What a time we had making this one, man. Straight up livin' hard... and LIVIN' FREE!"

The Wild! released Wild At Heart back in February via Entertainment One (eOne). Villain adds, "This record is a big one for me. All of us, man. I really had to go through some shit to get things right on this one. I can honestly sit here today & tell you that we made the best record we possibly could. I'm proud as hell of it and I can't wait for all of you to hear it. It's everything I wanted it to be." The tracklist and artwork are also available below.

Produced by Mike Fraser (AC/DC, Metallica, Airbourne, Aerosmith) at Armoury Studios in Vancouver, Wild At Heart serves as the follow-up to their debut EP, GxDxWxB, which stands for "God Damn Wild Boys," that was released in 2015. Wild At Heart is their first full-length for Entertainment One (eOne).

On vocals/lead guitar, Dylan Villain embodies all the reckless abandon and good-natured devilish charm that could only be born in a very small backwoods community. Counterbalancing Villain's snakebite rasp is bassist/vocalist, Boozus. Beer drinkin’, beard havin’, fly-fishin’ are his favourite past times.

Kickin’ ass and keeping time is drummer, Reese Lightning.  You’ll love him! Rounding out The Wild!'s lineup is “The Kid” on rhythm guitar and backing vocals. Young blood and zero fucks given. What The Kid lacks in age, he makes up in attitude and swagger.

“I feel like for every thousand bands that are out there right now you’ll get maybe ten that believe the things they’re singing about, which is the most important thing to me in any genre,” says Villain. “I don’t give a shit what kind of music you play. If you care about it, then really give yourself to that moment. Our fans aren’t stupid and I feel that they’re hungry for things that aren’t so disposable.”