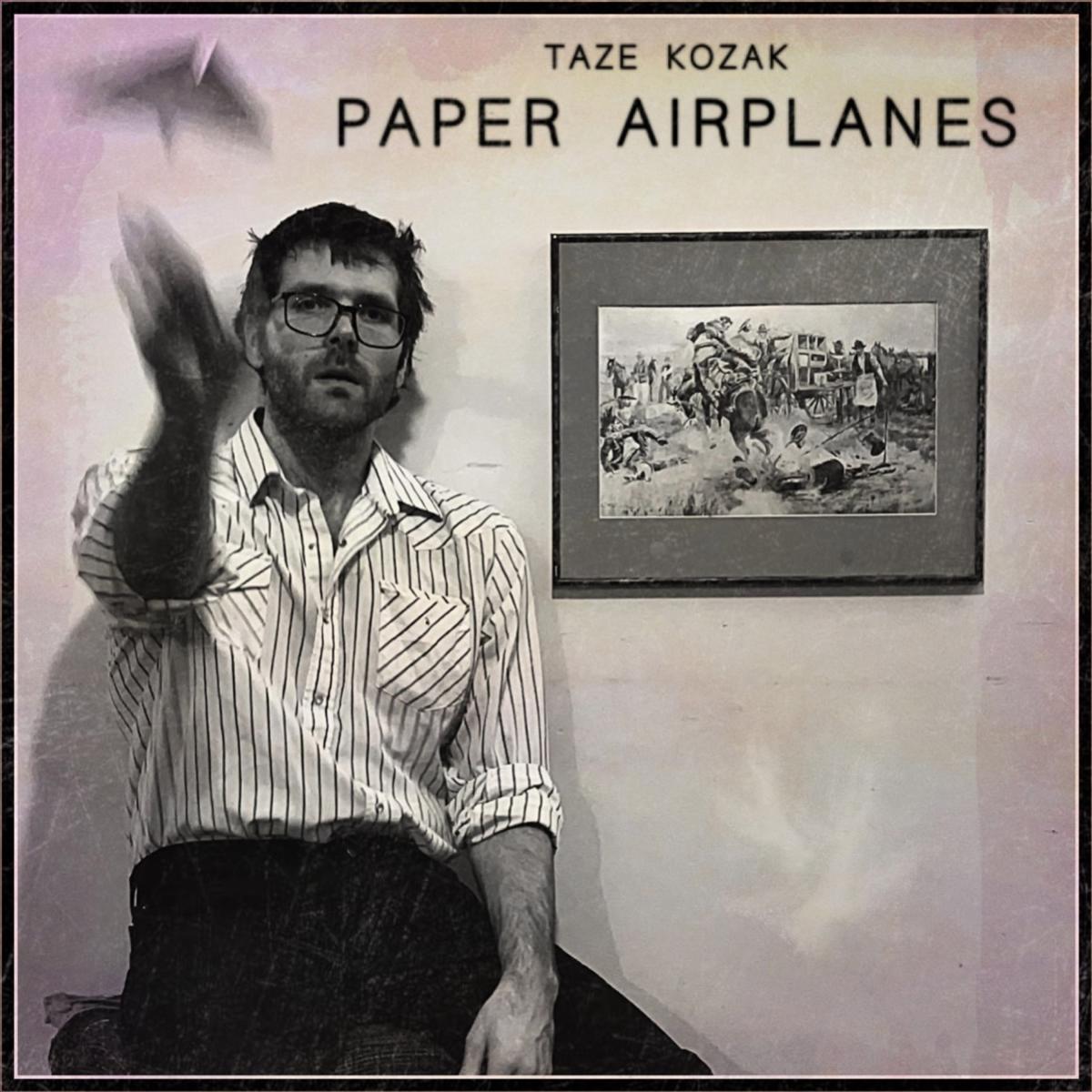 There are times in life when the past and present collide in such a way as to be surreal, and that’s what Canadian folk-rocker Taze Kozak captures in his new single, “Painted Pistols,” from his new album Paper Airplanes.

“Painted Pistols” evokes a lonely highway long after midnight, the center lines lulling you into near-hypnosis, and the dead of the night taking on its own shape and character.  The Comox Valley, BC-based artist sings with the plain-voiced candor of Johnny Cash over acoustic guitar that alternates between dark and plucky, and the lyrics take us on a journey from gangs fighting in the streets of Los Angeles, to the narrator soaking in a bathtub and drinking whiskey at noon, to a country boy jealous of other men flirting with his wife.

There’s the sense that none of it, and all of it, matters; Kozak describes his state of mind when writing it as: “Feeling strong, weak, helpless, a helper, a father, a loser, a winner, warmth, cold, insight, and outsight.”