Skip to main content
Audra Santa The Power And The Pain 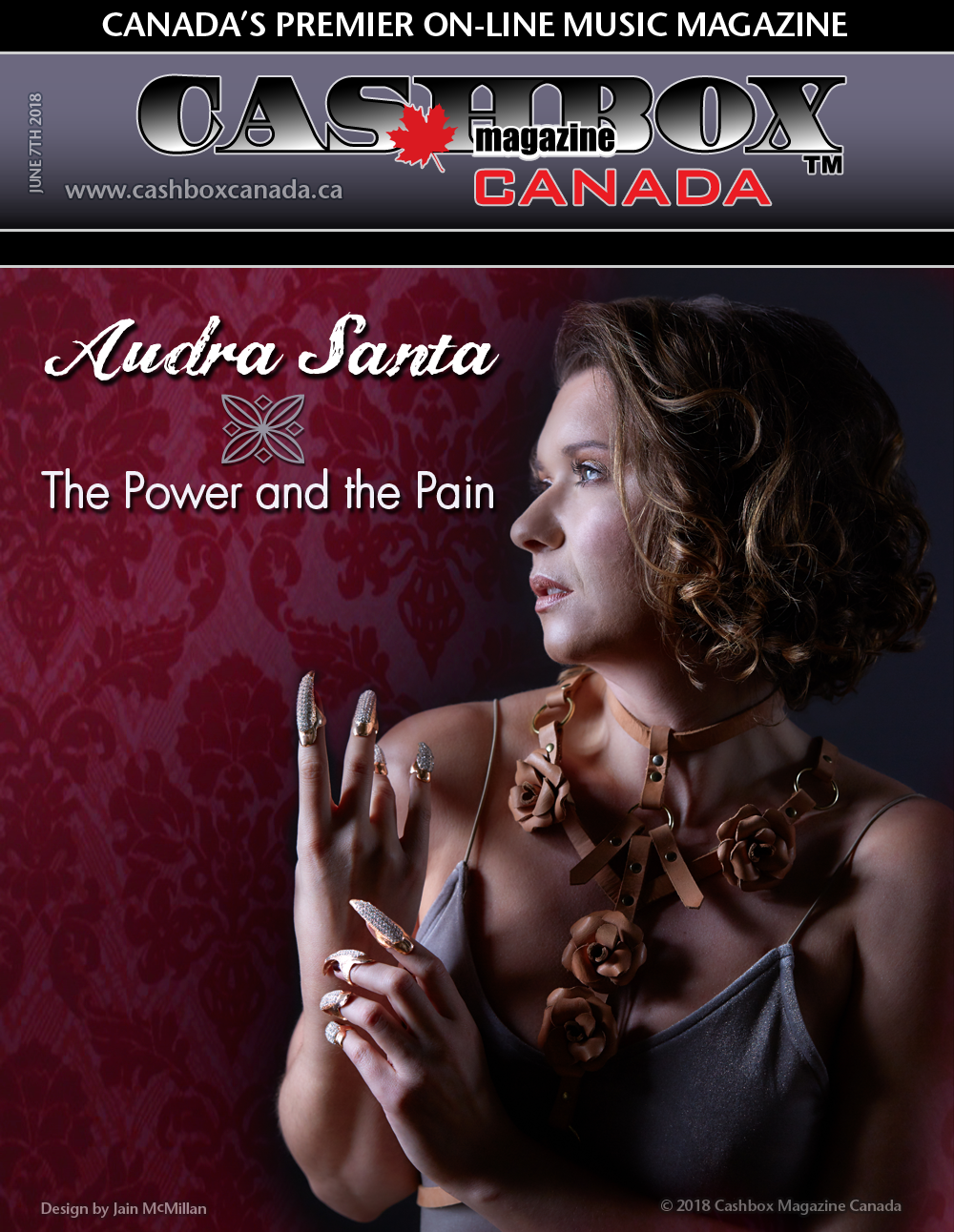 In Toronto, mere days before her debut at MIDEM 2018 in Cannes, sitting in a Beaches juice bar on a screamingly sunshiney day, recalling the train wreck can still make the lady tear up. This is no delicate diva and she figured the way forward was pulling inspiration from the pain, in full awareness that all manner of emotions might be unleashed. She smiles them away and offers, "It had been a long time coming and I kept believing a change was going to come, I guess. Inside, I was in turmoil and I didn't even realize it. Flew to Melbourne to record the week the shit hit the fan and I landed there in a daze. Thankfully, my producer, Tristan Hoogland was incredibly sensitive and caring, giving me the space to express what I needed to.

What happened next was a total script flip from Audra's previous work, typified by the lilting, summery Sade-ish pop of "Keep Asking" whose lyrics slowly reveal a tale of bitter serial rejection.

"Keep Asking” feels like it's written by a completely different person, and I guess it was. Until very recently I felt like I had two different personas - a happy, palatable, pop thing, and a darkness that I had to keep undercover. But at this point, it was hurting too much and it kept leaking out.

In the studio, Audra and Tristan sat on the couch as drummer and bassist came in to set up for the session, with neither concrete plan nor a solid idea of what was about to go down.

"Magic happened. Some sort of alchemy came from the pain I was in, the amazing 70s vibe of the studio, the history between those walls. It was surreal."

The session bore the magic fruit of "Cruel". The track is a slowburn, souljam bearing elements of triphop and intimate vocals reminiscent of Portishead and a dash of Alice Glass. Coupled to Tristan's shimmering, prog rock guitars, which manage to come off sounding both classic Pink Floydesque and au courant as St. Vincent, it's a shape shifting, call to arms for the concept of empowerment.

"It was the first song I felt really connected to, really proud of."

About the video for "Cruel", Audra told Addicted magazine, "I felt for a long time like I had two artistic personas – a light one that didn’t feel like “me” but was well received, and a dark one that I had convinced myself needed to be repressed. I tried making music I thought other people would like but was denying my own expression. My true creative expression has always been on the intense and dark side. I realized I don’t have to be one or the other and that my intensity is nothing to be afraid of, that by not being afraid of the dark my light can shine brighter. The Cruel video is the first time I’ve fully expressed myself creatively, without holding back or worrying what other people think. It was the most freeing experience I’ve ever had

" I am a complex being with many facets. I don't need to choose. I am light and dark and everything in between. Funny thing is, I thought Cruel was just a one-off thing, and I would be writing more songs like “Keep Asking” until I met Thomas McKay (the producer on Afterglow). He listened to all the songs I had been writing, saw my video for Cruel, and basically called me out. Called out the darkness in me and for that, I will be forever grateful to him. Now I feel really solid in the fact that I am my most authentic self when I'm letting myself access the darker emotions and sounds. Makes sense, as that is what I've written and listened to since I was young. It's always what's moved me. I've come full circle."

Included in that circle is soon come single "Afterglow" a baleful anti-love song seething with sex and rage and totally captivating.

"When I settled in Toronto a year ago there were a few men who were trying to get closer to me. In the headspace I was in, I felt like I might hurt someone...like actually hurt them - physically hurt them. I had this anger bubbling beneath the surface and felt dangerous. I felt like I might rip someone's head off, like the praying mantis who eats her lover after they mate. I was sitting at the piano in this headspace, hardened with a brooding anger and feeling like I would devour someone if they touched me”.

"I warn you that many have come before. But ask and I'll show you carved privilege and spoils of war"

"As the lyrics started to come I found myself digging into that anger. I have fought back to reclaim parts of myself the last few years and now I feel like I'm on fire and rising above it all."

And then some. Audra has settled into the Toronto soundscape with a welcome ease, currently working in the studio and playing corp gigs with Sean Jones. Then there are her feature appearances at MIDEM 2018, as part of the Canadian Showcase Wednesday and Thursday nights (Jun.6,7). The annual Canadian Showcase is held at Morrison's Irish Pub and is always a hot ticket for international buyers and agents. 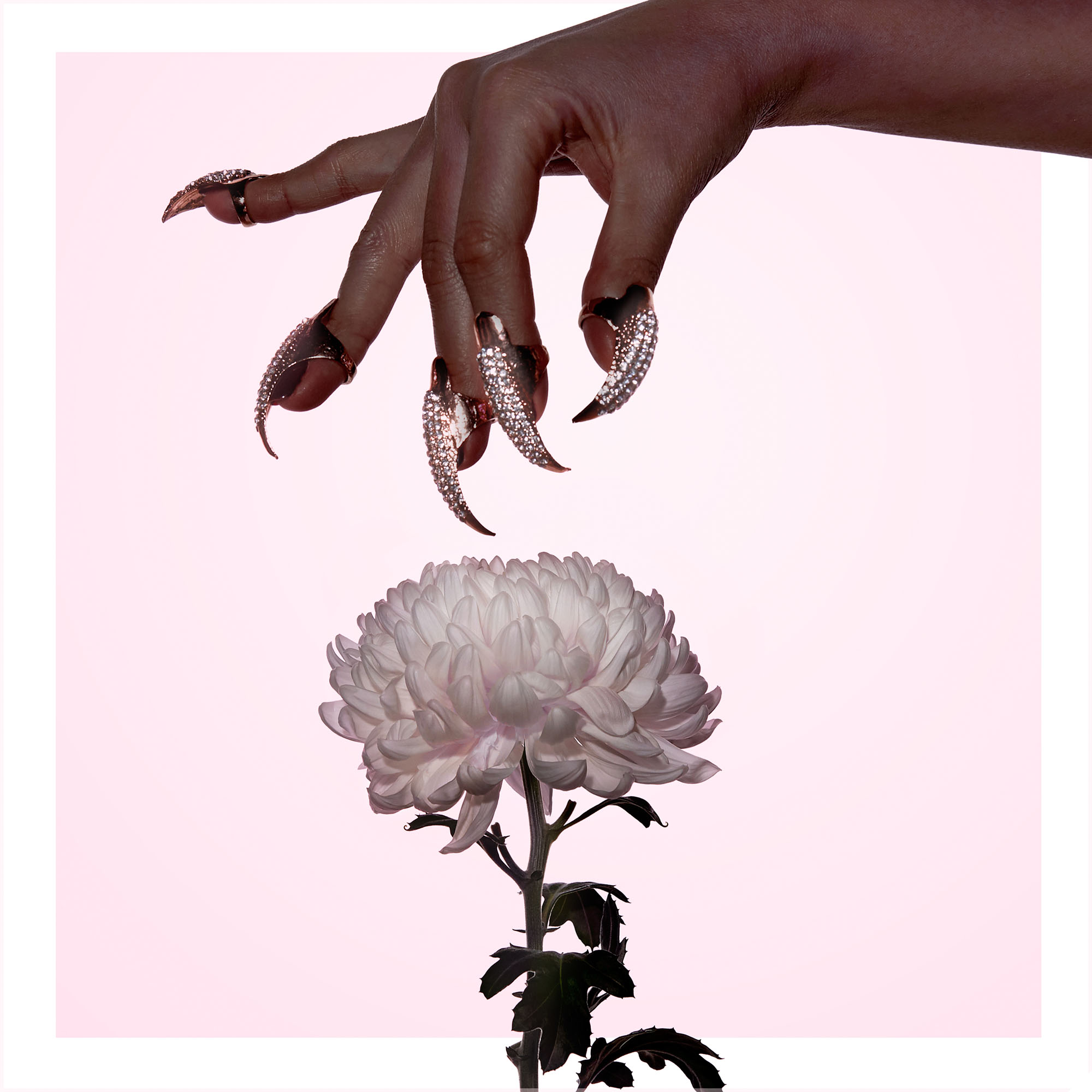 "I'll say my sound is still "emerging". I feel I've been "finding myself" for awhile now and probably will continue to do so. When I strip everything away, I definitely find myself in a place that is dark, moody, sexy and expressive. Some people are surprised to learn of the music I make as I seem so happy on the outside (and I AM!). But I think the reason I'm happy is that I'm no longer afraid to experience the whole spectrum of emotions, and not really give a f**k if it's acceptable or not. I've been compared to Portishead, Esthero, Sade, and even Alanis. I don't really try to sound like anyone, but it's always cool to hear someone tell me that I remind them of one of these amazing women”

"I try not to really hold any particular expectations for anything I do. I try to live my life in flow, do what feels good, and act intuitively. There may be some great opportunities that arise out of MIDEM, but simply being in the environment, meeting new people, and the opportunity to perform live is fantastic. That being said, I am interested in getting better acquainted with the UK and European music scenes. I've had several people say they think my music would be well received there and I'm always up for the next adventure."

Just what that might be is anybody's guess. There's talk she's developing an alter ego act even as she continues to create for Audra Santa, and keeps in high scan for all potential opportunities.

"As to producers and collabs, the right people always seem to cross my path at the right time. I don't put too much thought into it, but when it feels good I do it. I have been collaborating with a few different producers lately even in-house/dance genres. I love when I find the perfect match of someone who "gets" me. One of those people is a producer in Australia I really love working with, Nick O'Donnell. We have a cool thing going on but have yet to be in the same room, so that is on my wishlist for sure. Also, Tristan is moving to L.A. shortly so I'm sure to be down there on occasion. I'm open to exploring music with anyone if it feels right. And if it keeps feeling right, we keep going."

Keep going she will. Next up is "Afterglow" with a drop date of late summer, when the season's afterglow is at its brightest, but you never know when Audra will pop up doing a live event, keep an ear open though; with just two singles out as she's already a buzzed-about entity with a growing social media presence and a persona as big as her smile.