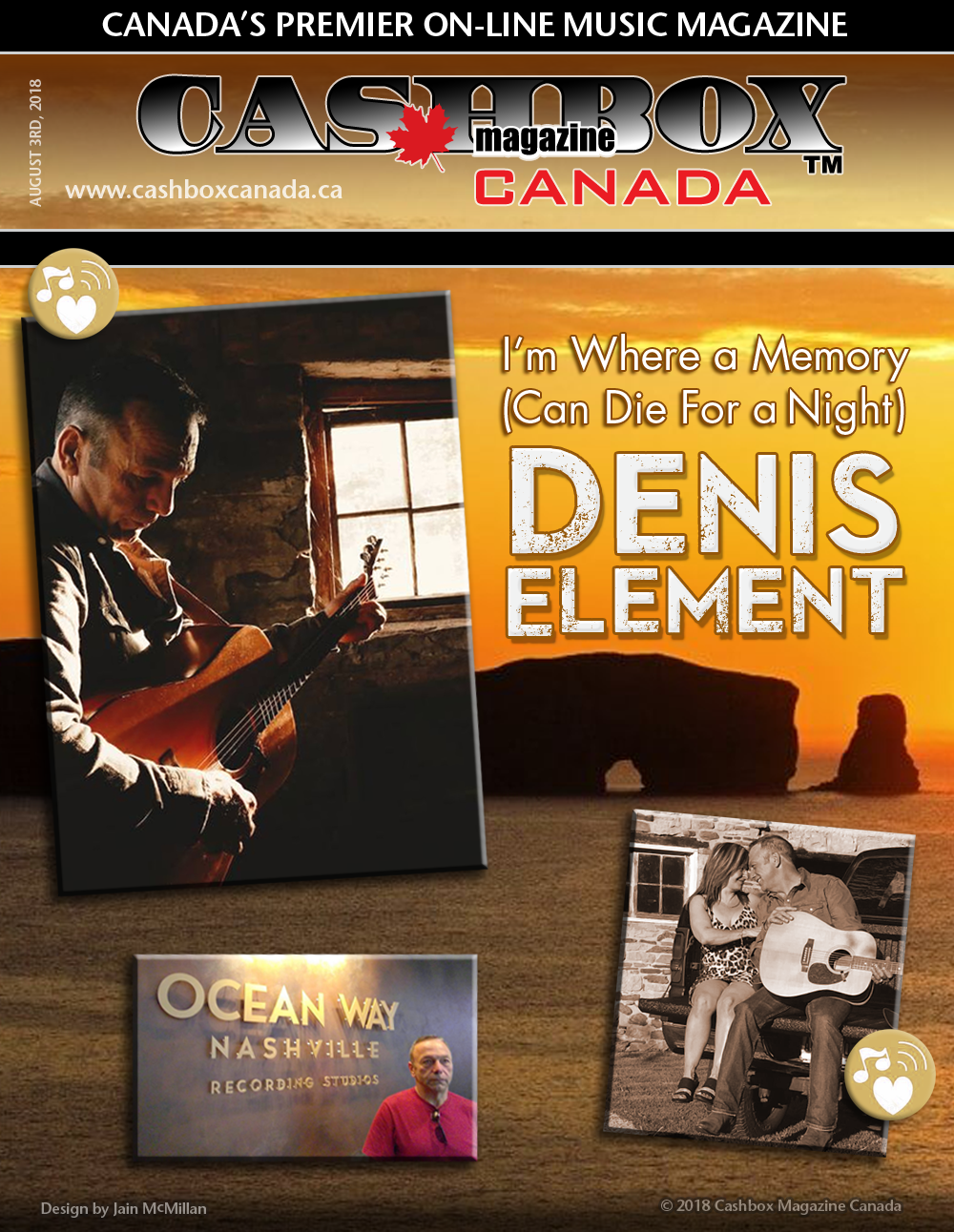 Together this combination of people all came together to create this great story. “This is what I’ve wanted to do all my life. I grew up with my Dad listening to George Jones, Hank Sr. and Merle. And of course, Vern Gosdin. It was three years ago that my wife, Pauline, began posting my videos on social media. Not long after I began to build a fan base that loved traditional country music and the loved my vocals. I posted a song by Vern Gosdin and shortly after Beverly Gosdin (Vern's widow), who is in Nashville, started messaging me." In the words of Beverly Gosdin,"I had connected with Canadian singer/songwriter Denis Element out of Hamilton, Ontario. I had seen Denis doing a version of Vern's song, I'm Where a Memory (Can Die for a Night). I invited Denis to record his version in Nashville, Tennessee. Dana Hudson sang so much that he invited him to also record "Check My Memory" (a song written years before by Hudson). Denis cut it with some of Nashville's greats on the session, including Scotty Sanders, Buddy Hyatt from Toto and the man himself, Brent Mason. This will be the follow-up single after "I'm Where a Memory (Can Die for a Night). I'm excited to see where this goes from here."

In the words of Denis Element, "Everything is coming together exactly how I dreamed it would. We have three songs cut and I’ll be heading to Nashville to complete the six-pack very shortly. I’m extremely grateful for everything that’s been sent my way and I want to thank everyone involved including my wife, my family and all my fans for giving a guy from the Gaspe, Quebec a chance to leave his mark in Nashville, Tennessee.”

Denis Element has released his first single worldwide on July 29. For this Canadian, he truly was in the right place and the right time.

If you love traditional country and down home values in your music then look no further than Denis Element coming to a radio station near you.

Listen and Buy “I'm Where A Memory (Can Die For A Night)”.