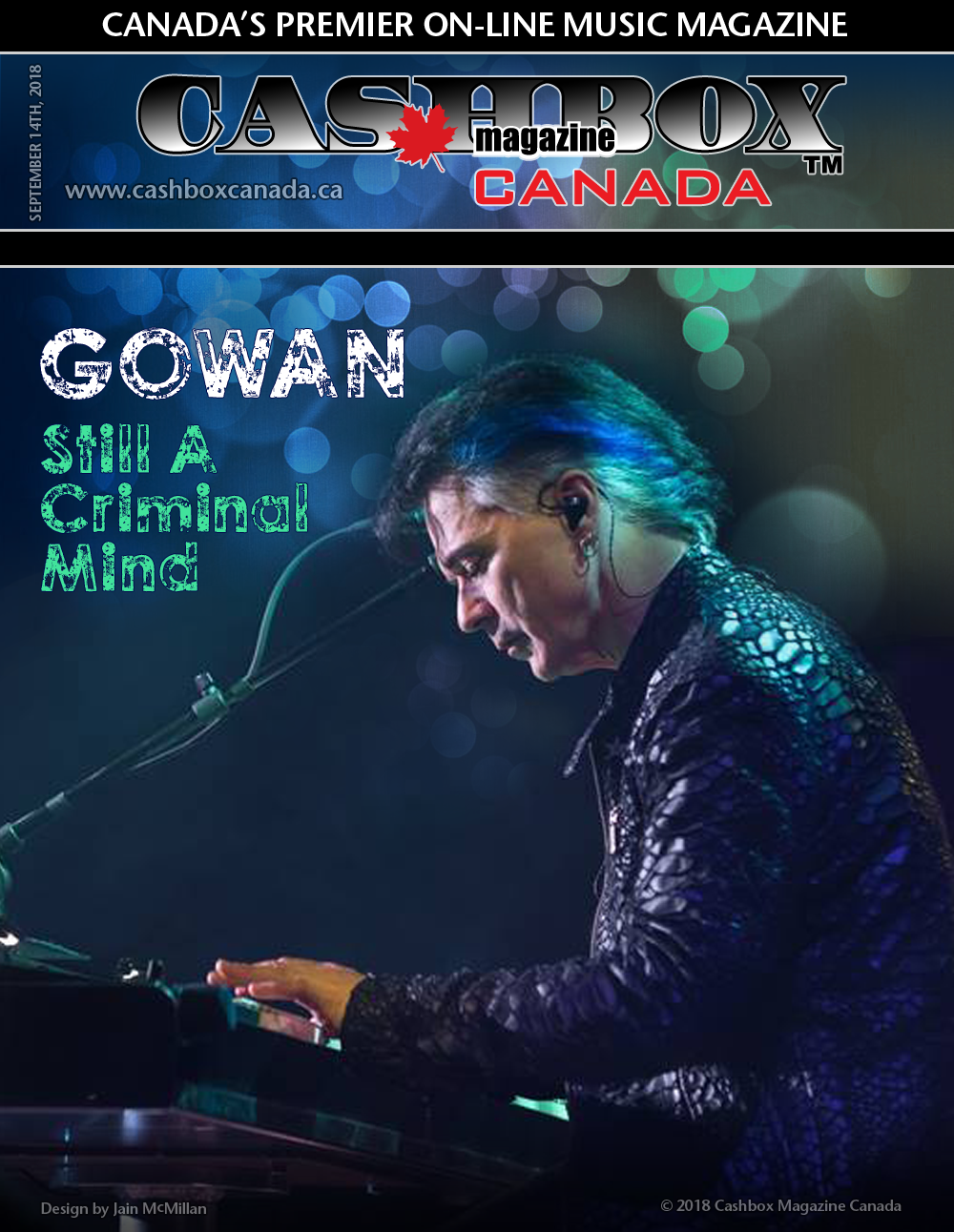 At his Caesar’s Palace Coliseum concert on Friday, Sept 7, Larry Gowan was presented with a Certified Canadian Platinum Single award for a combined 80,000 physical, digital and stream equivalent units of his song “A Criminal Mind.”

Gowan was surprised by his label Linus Entertainment with the award, just as his band left the stage leaving him to perform the song solo. While the band and stage managers were in on the plot, Larry was genuinely surprised and delighted at the presentation. “It’s amazing to me because I didn’t think anyone bought records anymore!” he said upon returning for an encore. Linus Entertainment represents several Gowan albums including Strange Animal, Great Dirty World (which includes the song Moonlight Desires), and The Good Catches Up.

From the Strange Animal himself:
The Life and Times of Lawrence Gowan - in a nutshell
My large head introduced itself to planet Earth in 1956. It happened in Glasgow Scotland and has been happening daily ever since. Without my consent, as a child, I was brought to the tropic of Canada and settled among the unparalleled beauty of Scarborough. My marks in high-school were of a caliber that left me no option but to pursue the occupation of Rockstar. 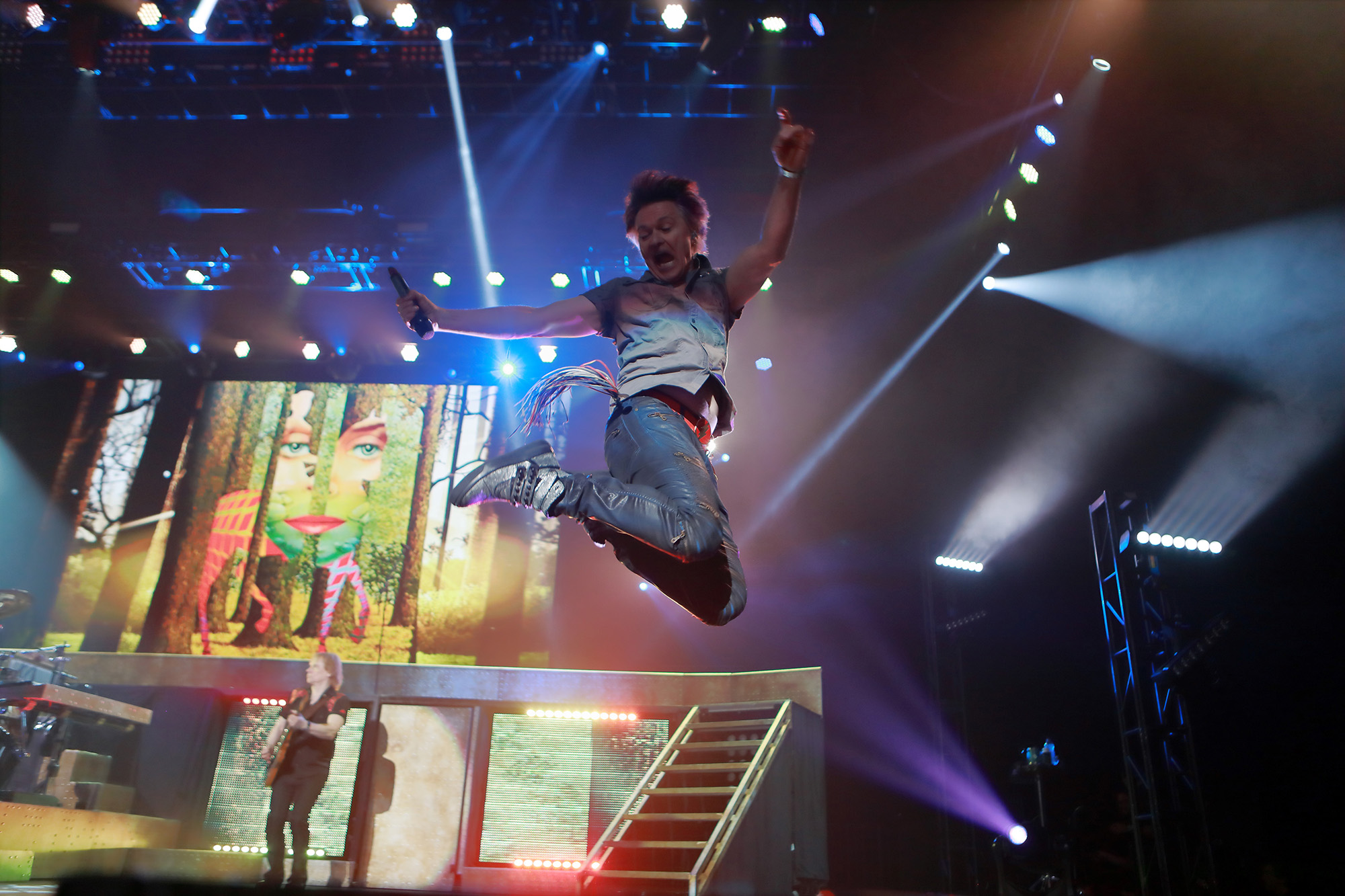 Soon thereafter my skills at the piano were rewarded with an ARCT in Performance from the Royal Conservatory of Music in Toronto... bestowing a more promising prospect for Rockstar. My first band "Rhinegold " spent five years casting its pearls before swine and were then summarily dismissed from the party at the end of the 70's...

Then one day the earth trembled. Just as I was down to my last name, my antics were captured in a new medium known as the "Music Video" and the 80's rejoiced and took me to its bosom. There I was nurtured and awarded Junos and Platinums and ample parking spaces. Alas, as that magnificent decade drew to a close I bid a tearful farewell to my mullet and set off for Larry-land 90's style, strumming an acoustic guitar and finding gold once again.

I toured England several times and was invited to play an original piece with the London Symphony at the opening of Princess Diana's memorial at Althorp. Then I opened for The Stranglers...

In 1999 I was asked to abandon my solo vessel and take up with a fine crew of Americans known as Styx. I have been aboard since then. Our tours have been amongst the highest grossing in the USA. We have played the Super Bowl twice. We've done the Tokyo-dome and even Casino Rama. In 2007 we performed at Wembley.

Our "Behind The Music" on VH1 was in the top ten highest rated, and my Cribs episode was bangin' dog! I have been a cartoon character on Chilly Beach and was once Grand Marshall on Ground-hog Day for the sighting of Wiarton Willie... Thank you for enduring this riveting tale thus-far.

Editor’s Note: On a personal note, I love the fact that Gowan wears his kilt on stage and is still honouring his Glaswegian heritage. Lawrence Gowan was such an integral part of the 1980’s in Canada and weaved the mosaic of videos for others to be inspired to do the same. Now a mainstay with Styx he tours the world but never forgets his Scottish and Canadian roots. Kudos and Slainte Larry!