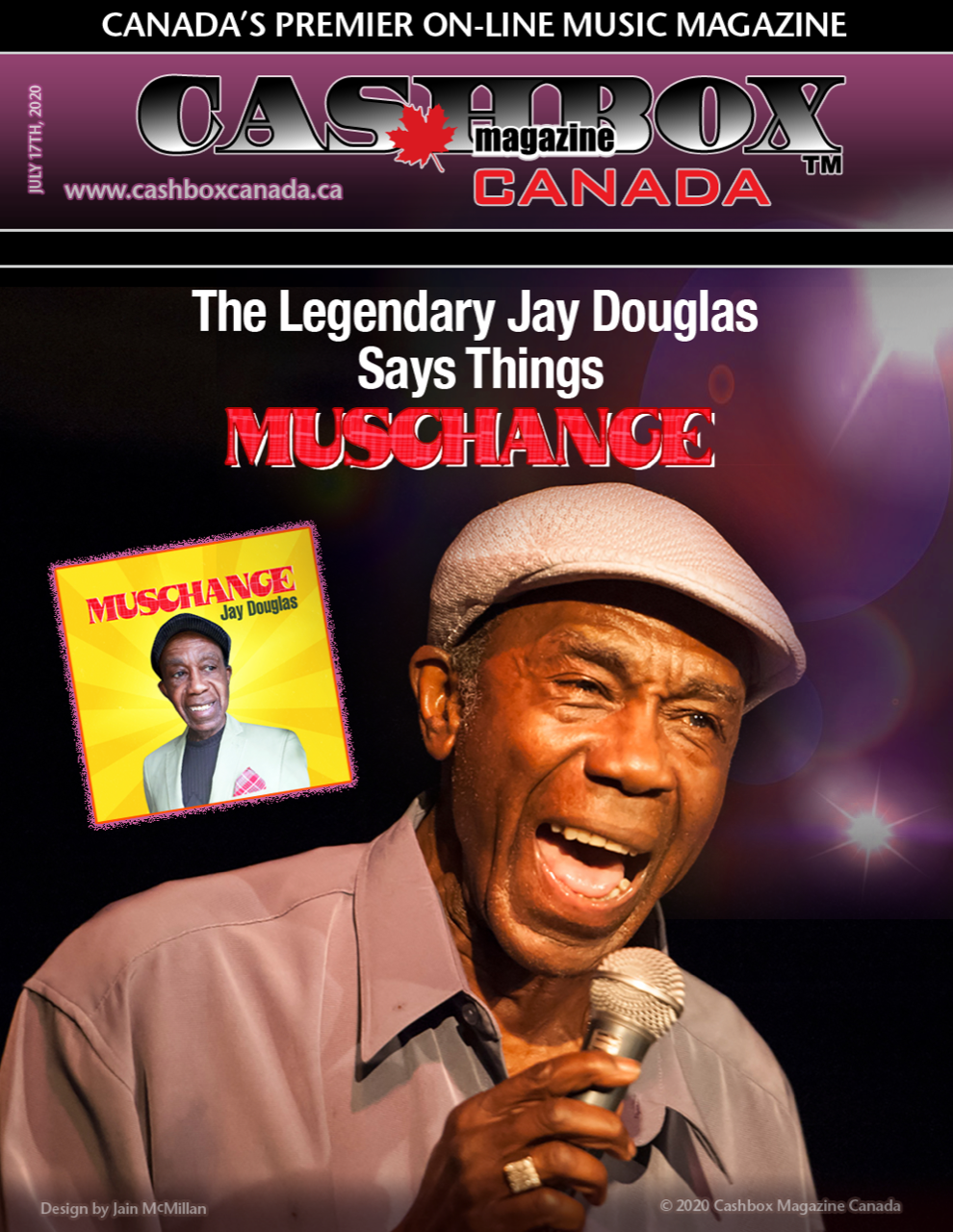 “‘Muschange’ means that nothing stays the same forever,” Douglas muses on the song’s meaning. “There must be a change, and it is happening right in front of our eyes. The greatest teacher of all is Mother Nature and the teacher will be there when the students show up for the lesson.

“We must not be afraid of changes, we must embrace it,” he adds. “As a collective, we have been forced to slow down the pace of which we live and it has given many a chance to reflect on the good in their lives and focus on what really matters.”

This is a man who is long known for sharing his perspective through art and sound. Having first appeared on stage in Montego Bay, Jamaica, in his over 45 years of entertaining since, Jay Douglas has developed into an Internationally idolized musical renaissance man thanks to his wide-ranging repertoire of reggae, American blues, West Indian rhythms, and jazz standards. He has performed around the world — including but nowhere limited to the Beaches Jazz Festival, Jerk Fest, Canadian National Exhibition, Roy Thomson Hall, the Light in the Attic’s ‘From Jamaica to Toronto’ concert series, and fronting The Cougars, a circa-1960s/1970s R&B act whose skill and verve lit the stage wherever they performed, including the first ever Caribana Festival.

“I called up Lord Sassafrass, who I’ve known on and off as he travels back and forth between Jamaica and Canada,” Douglas shares. “I’ve always wanted to collaborate with him, and this is the first time we’ve gotten to do so.

“We’re in the middle of some troubling times,” Douglas continues, considering the track’s timing. “But we have to remember there is always a light at the end of the tunnel.

“Give thanks to the most high.”

“Muschange” is available now from Slammin Media and distributed worldwide by Believe Distribution. 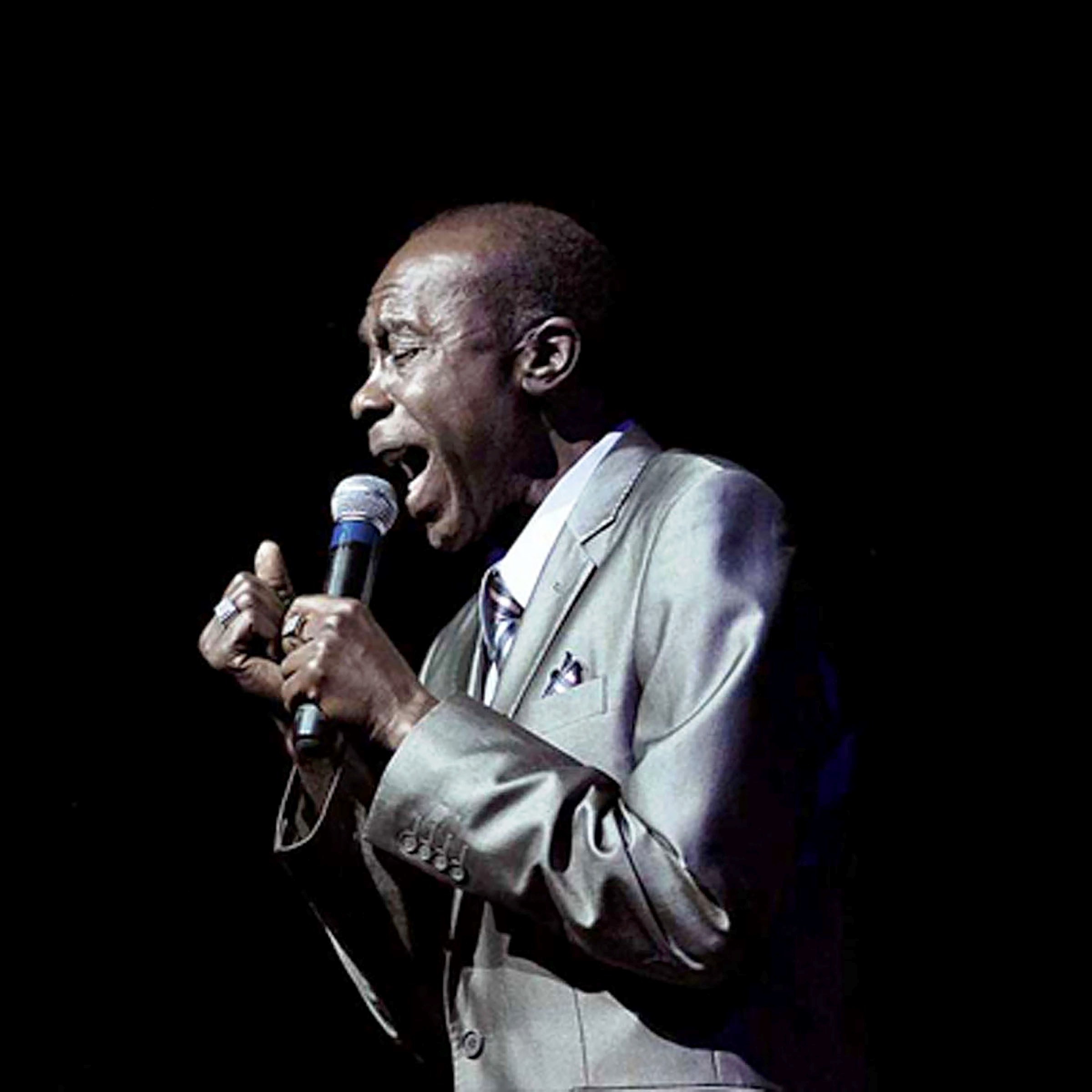 ABOUT JAY DOUGLAS
Jay Douglas first appeared on stage in Montego Bay, Jamaica. Throughout his time of entertaining, Jay has developed into an Internationally idolized musical renaissance man thanks to his wide-ranging repertoire of Reggae, American blues, West Indian rhythms, and jazz standards — including the Light in the Attic’s “From Jamaica to Toronto'' concert series. In the late ’60s, Jay fronted the R&B group The Cougars who, with their skill and verve, lit up the city of Montreal as well as Toronto’s Yonge Street nightclubs and the first ever Caribana Festival with Soul, Funk and Reggae. Jay has performed around the world, and at annual Toronto events such as the Beaches Jazz Festival, Jerk Fest, Canadian National Exhibition, Yonge and Dundas Square, Koerner Hall, Roy Thomson Hall, Island Soul Harbourfront festival and the Rastafest Festival. Jay Douglas received a 2020 JUNO Award Nomination for his single, “Jah Children'' featuring General Trees. “Jah Children'' is Douglas’ second JUNO Award nomination, the first being for 2012’s reggae release, Lover’s Paradise. The artist has also won NOW Magazine’s ‘Best R&B Act,’ the Annual Toronto Reggae Awards’ ‘Male Reggae Vocalist of the Year,’ and the BBPA Harry Jerome Awards’ ‘G98.7 Entertainment Award.’

“Muschange” is available through Slammin Media and distributed worldwide by Believe Distribution.

ABOUT LORD SASSAFRASS
Jamaican recording artist Lord Sassafrass (Michael Johnson) was born in Maverley, Kingston, Jamaica. Sassafrass is best known as a dancehall Reggae DJ or rapper with the Black Scorpio Sound System. On Black Scorpio Sound, Lord Sassafrass introduced the world to the great talent of fellow DJ - General Trees. Sassafrass went on to record the top selling album “Pocomania Jump” and controlled the number one slot on the charts with his song “Poco Jump.” He recorded other great songs like "Jamaica Way,", and the enormous hit "Step Up In Life" (with Barrington Levy).

As Sassafrass enters his fourth decade in reggae, he has earned the respect of his fans and his peers. Lord Sassafrass has released new music “Don’t Wait Too Long,” “Sassafrass.com,” and “Swine Flu.” He has also produced both classic and new artists, including Glen Ricks, Tenor Saw, Axe Perry, and Mel C. The 2017 documentary release "Juggling 'Cross the Border," follows Sassafrass as he searches in New York for some of his original master recordings.

Sassafrass left a distinguished trail of recorded music and live dancehall sessions and his work today carries out the tradition he started almost forty years ago – a sound that is completely unique and his own.

ABOUT SLY & ROBBIE
Active since the mid-1970s, the duo have worked with seemingly every major Jamaican artist, as well as numerous rock, pop, and hip-hop stars from around the globe, including the Rolling Stones, Bob Dylan, Serge Gainsbourg, and KRS-One. They made a breakthrough on the U.K. pop charts with 1987's Rhythm Killers, an experimental funk/dance album produced by the equally prolific and boundary-less Bill Laswell. Active well into the 21st century, the duo produced hit singles by No Doubt, released dub albums like 2014's Underwater Dub, and collaborated extensively with artists ranging from British reggae singer Bitty McLean to Finnish electronic experimentalist Vladislav Delay.

ABOUT CARL HARVEY
In the 1980s, Harvey became the lead guitarist of Toots & the Maytals, and has been with the band for over twenty-five years. The band performed internationally, including in the United States and the United Kingdom.