Skip to main content
Massey Hall A Place For The People 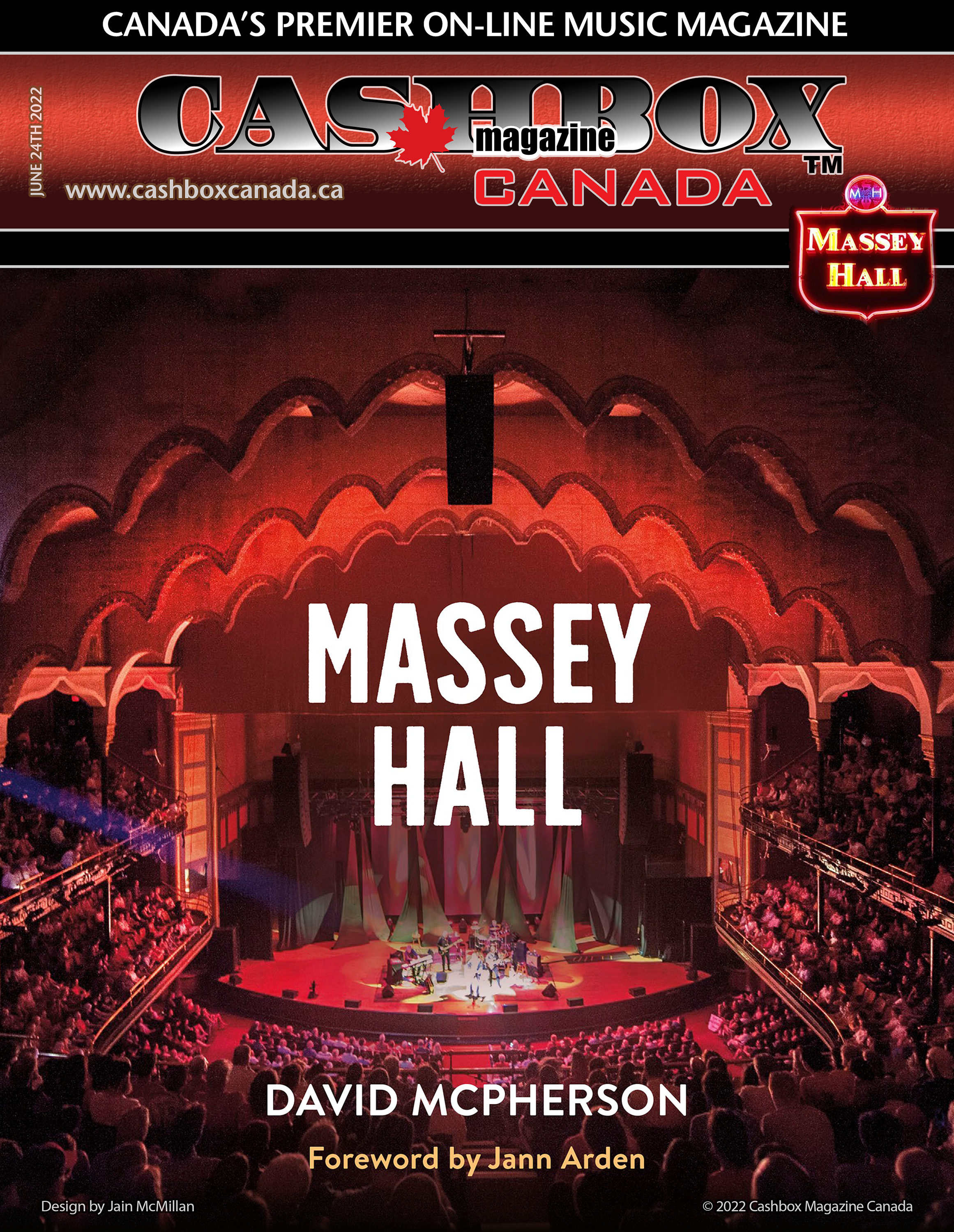 Massey Hall is likened to New York City's Carnegie Hall and as Canadian legend Murray Laughlin is quoted as saying "Massey Hall is hallowed ground. It has the vibes of the legendary Ryman Auditorium in Nashville."

Hart Massey of Toronto wanted to build an entertainment house for secular music, one where people could see and hear music that was secular and popular at the time. There were lots of churches where religious music and hymns could be heard but he wanted somewhere that ordinary citizen could hear music at an affordable price, a "place for the people." The building would honour his late son Charles who loved music.

Massey commissioned architect Sidney Badgley to design the building and Massey Music Hall was completed in 1894 at a cost of a little over $150,000 , financed by Massey, the founder of the Massey Manufacturing which would become Massey Ferguson the manufacturing giant. On June 14, 1894, the hall's debut concert featured a choral performance of Handel's 'Messiah'. It's featured every genre of music and even boxing matches. And if Hart Massey wanted a venue where ordinary people would be comfortable then he accomplished his mission. Depending on the night, you can see crowds of silk suits and ties or denim clad free spirits.

David McPherson has captured the fascinating story of Canada’s most revered concert hall and the myriad artists who have graced its stage.

Known for its intimacy and sense of occasion, a night at Toronto’s Massey Hall is magical for both audiences and performers. For many musicians, playing the hall is the surest sign that they have made it. Looking out over the crowd, performers often comment that they feel they have joined history as they stand on the stage where Sarah Vaughan, Miles Davis, Bob Dylan, and so many other legends have stood.

Based on scores of interviews and meticulous research, Massey Hall chronicles not only the historical and musical moments of the past 127 years, but also the community of artists and supporters that has built up around the hall. Covering both emerging artists such as Shakura S’Aida and William Prince and musical giants from Herbie Hancock to the Tragically Hip, this full-colour book is a celebration of music, community, and our shared cultural heritage.

And now 128 years later, the iconic venue is still at corner of Victoria and Shuter where it was originally located and is still hosting sold out events. The Hall shut down for three years, only the second time in its history, to undergo $184 million renovations and reopened with Canadian icon Gordon Lightfoot performing, a stage Gordon has graced over 165 times. 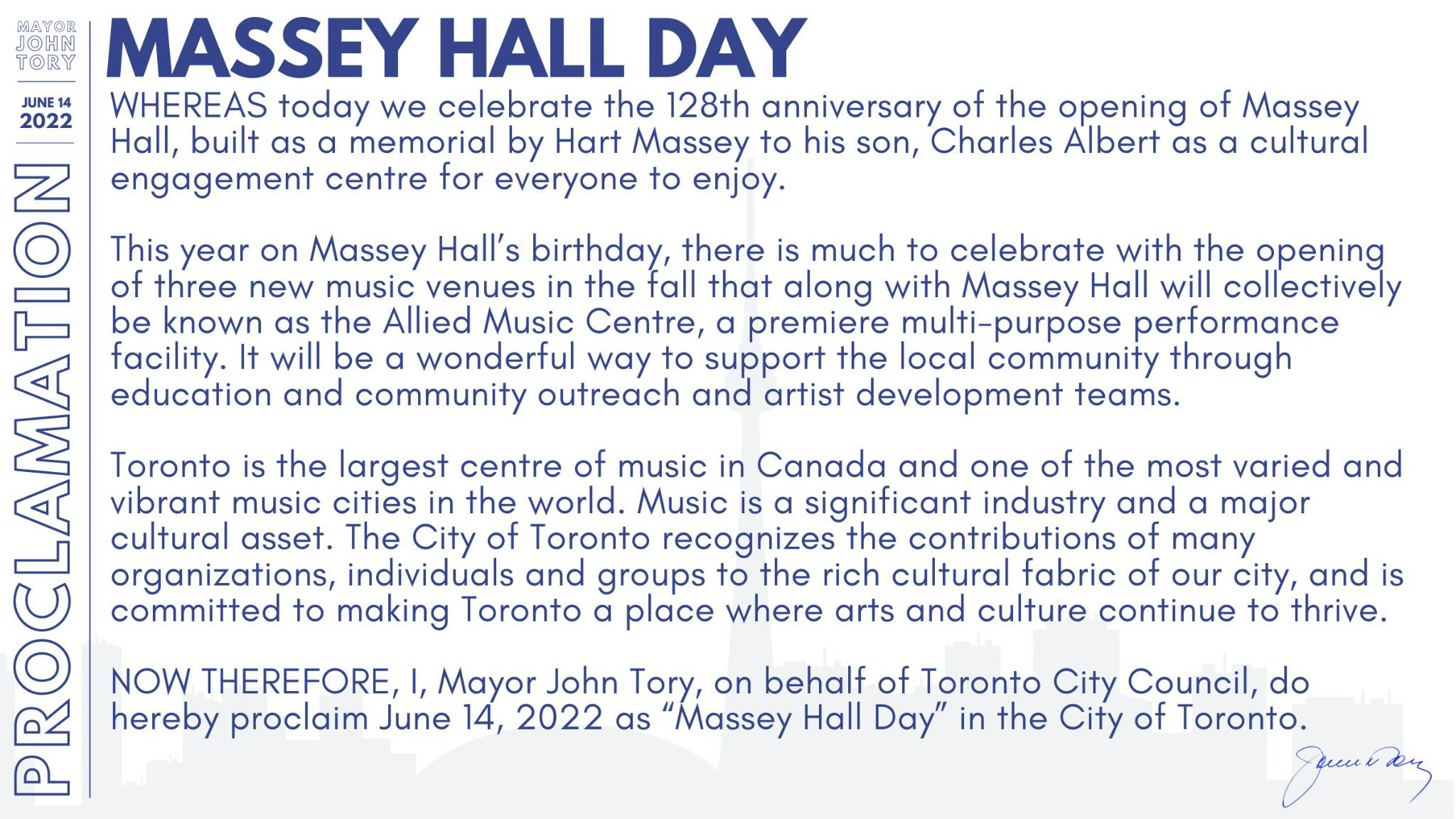 Mayor John Tory declared Massey Hall Day on June 14, 2022 in honour of the iconic building and its legacy.

I strongly suggest you get a copy of this amazing as a reference book or just a book to flip through on a rainy day and soak up the history and nostalgia.

And it will make you eager to attend an event at Massey Hall, a place for the people.

David McPherson is the author of the acclaimed Legendary Horseshoe Tavern: A Complete History and has written for Grammy.com, the Globe and Mail, SOCAN’s Words and Music, No Depression, American Songwriter, and Acoustic Guitar. He lives in Waterloo, Ontario.