Skip to main content
The Road Hammers The Squeeze 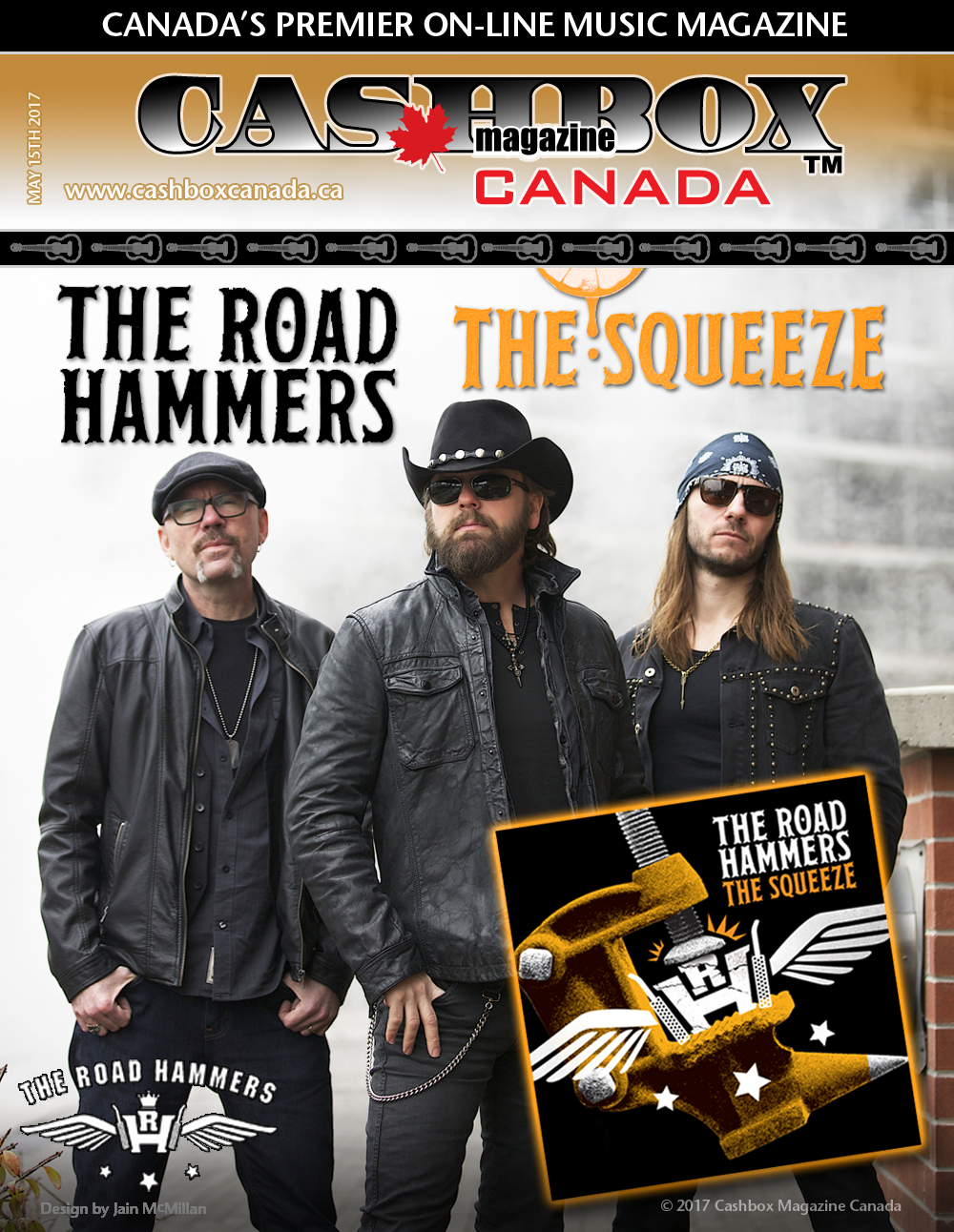 The Hammers are back ! A new album and a new single from The Road Hammers, Canada’s premiere country rock band is about to explode onto the airwaves.

On May 12th, The Road Hammers, Jason McCoy, Clayton Bellamy and Chris Byrne, the highest selling Canadian country band in history released their fifth studio album The Squeeze. The new album is a huge step in the evolution of the band and the lead single “ Crazy About You” leads the charge with it’s mix of sentiment and grit. Strong vocals are a trademark of the Hammers and it’s never more evident than this track. “Crazy About You” should put the band back on the airwaves in a big way. A great blend of pop, classic rock and country with its theme of falling in love and staying in love. We caught up with Jason McCoy at his home to discuss the new reord and touring plans for the summer. “ We’re are really happy with how this record turned. The band keeps growing and getting better. This record is little bit different but we still have the edge the makes the Hammers sound what it is. And we had some great production work on it as well. We had Gavin Brown who produced Metric, Tragically Hip and Barenaked Ladies as well as Scott Baggett who worked with Alison Krauss, Buddy Guy, and Bonnie Raitt so there is some diversity there and definitely some pedigree there.” 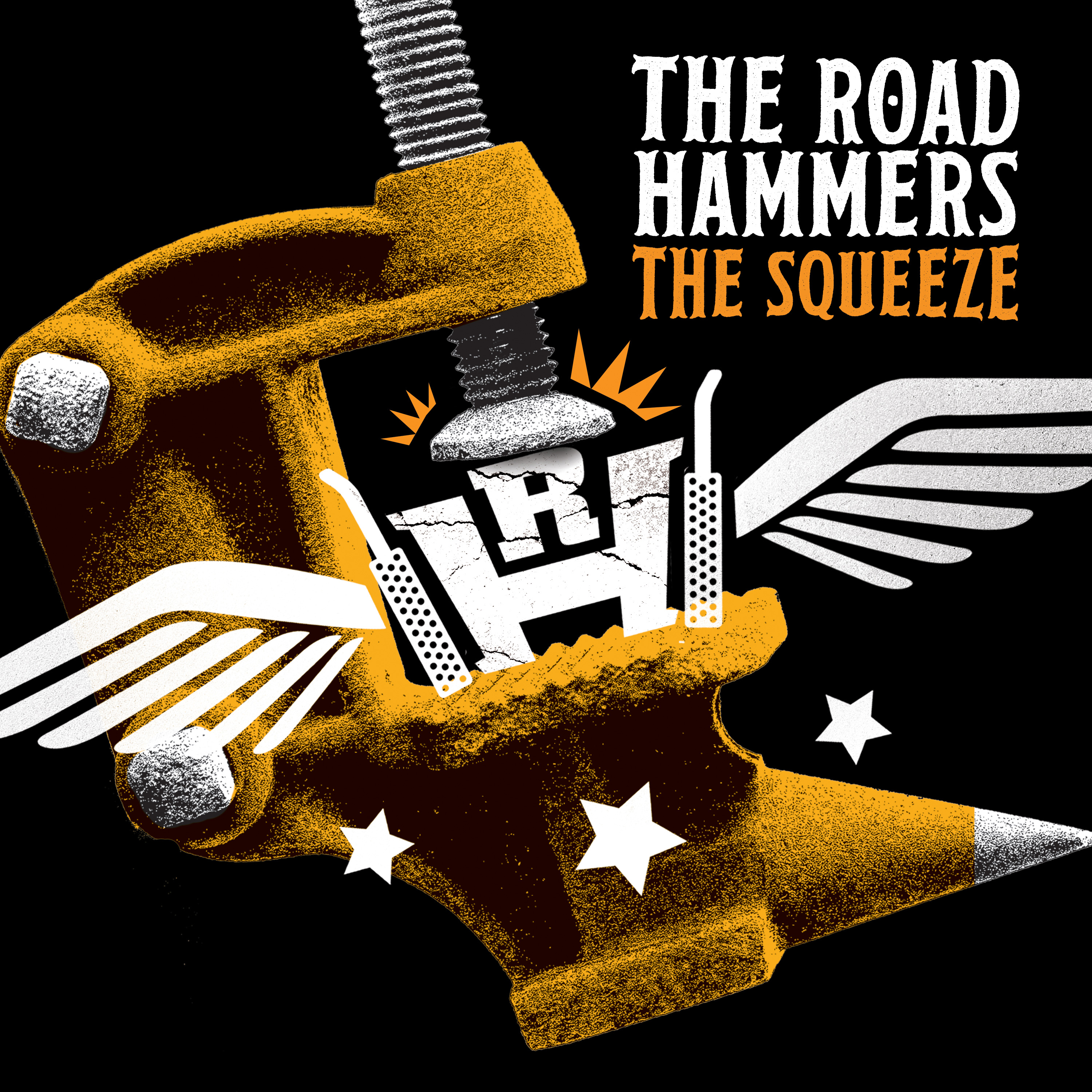 The title track, “The Squeeze”, co-written with Nashville writer Andrew Petroff and Chris Byrne, reminded me of the old expression “ sometimes the juice ain’t worth the squeeze” but with a positive spin,showing that love is good to the last drop. All in all this a very positive album, the lead track “Your Love is a Drug”: is a down-home, upbeat track with southern flare which lead singer Jason McCoy says was originally inspired by the thought of writing a song that starts with vocals. “I love being able to showcase the strong vocals of the Hammers, and bam, right off the top is the best way to do it. This song reminds me of early Zac Brown Band, some southern rock, with a funky 70’s vibe. It’s all about the groove, and it’s just plain fun! It was our ode to “Fat Bottomed Girls””

For those traditional fans who want the ”white knuckle , steel gear jammer” Road Hammers love of trucks, highways and life on the road type songs there are “Down and Dirty”, “Easy Rider”, “Detroit Alison” and “Haulin’ Ass” all paying homage to eary Road Hammer album themes. McCoy worked with Blackjack Billy’s Jeff Coplan on a follow-up to their gold-certified single “Mud”, released in 2014. “’Down and Dirty’ is a continuation on the original ‘Mud’ theme. It’s amazing how much mudders love their trucks, and well, this is a love song about a muddin’ truck!” There is also a cover of the classic Dawes song, “All Your Favourite Bands”, showcasing Clayton Bellamy’s edgy vocals.

And for the summer festival season the band is crisscrossing the country starting June 17 in Burlinton Ontario at The Sound of Music Festival and continuing on throughout the summer with stops in Water Buffalo. Ontario, Craven. Palmer Rapids, Mattawa, Camrose, Calgary, Kenora, Port Perry and Weyauwega, Wisconson to name a few of the stops. “{ are real excited about getting back on the road and playing some these new tunes for the folks as well as the old favourites the fans come to hear”, said MCCoy.

So get yourself a copy of The Road Hammers, “The Squeeze” get in your vehicle, roll the windows down and turn it up!