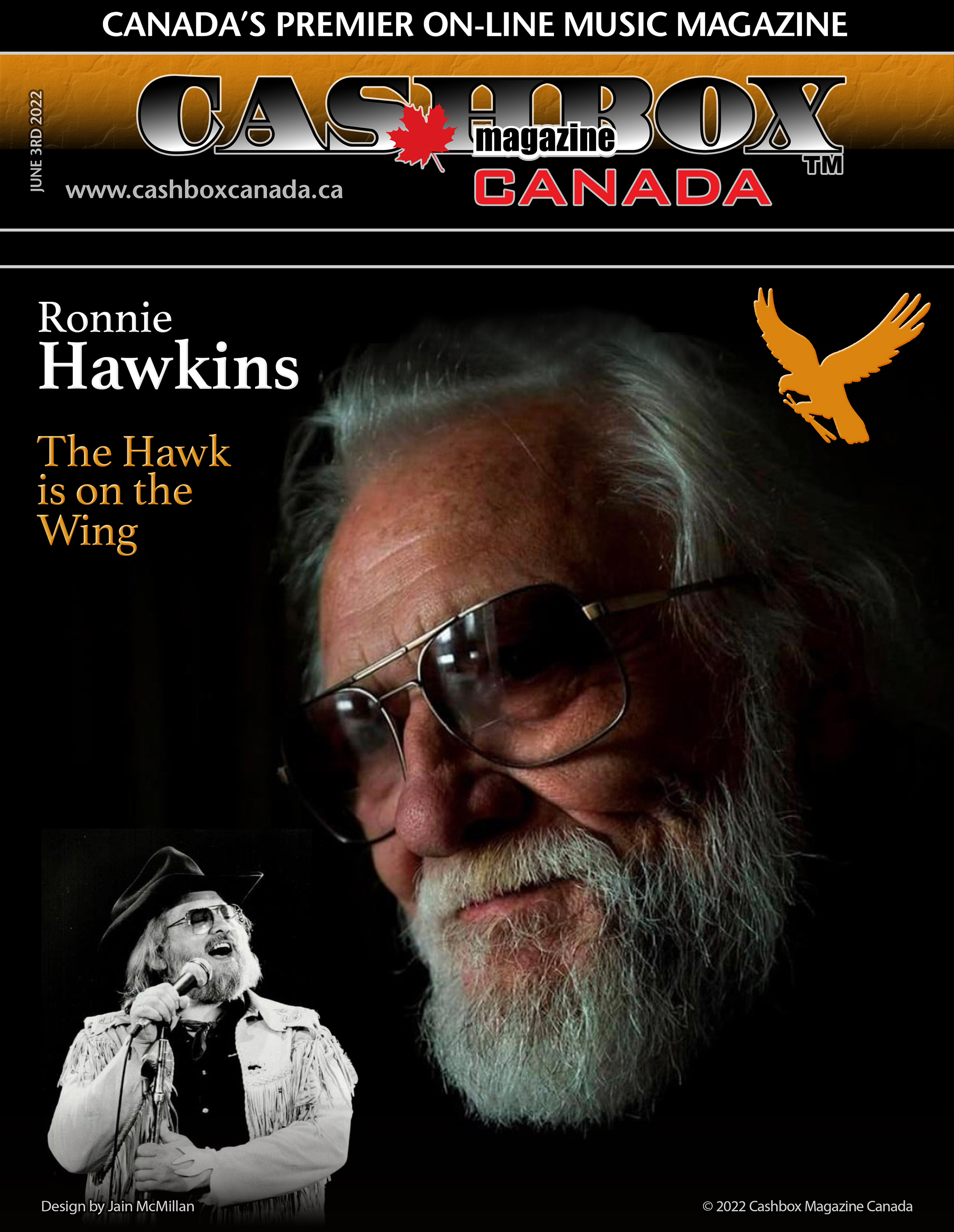 On Sunday May 29th, 2022 at 11:25 AM Ronnie Hawkins left this world but he didn't leave it anywhere near the way he found it, especially up here in Canada. Ronnie's influence on the Canadian music scene cannot be overstated since leaving his native Arkansas and coming here in 1958. When he arrived he joked that all we had in Canada was "Hank Snow and Wayne and Shuster."

Music ran in Hawkins' family. Ronnie's father, his uncles, and cousins  toured the honky-tonk circuit in Arkansas and Oklahoma in the 1930s and 1940s. His uncle Delmar "Skipper" Hawkins, a road musician, had moved to California about 1940 and joined cowboy singing star Roy Rogers's band, the Sons of the Pioneers and Hawkins's cousin was Dale Hawkins, the first white performer to sing at the Apollo Theater in Harlem and the Regal Theater in Chicago. He also recorded the rhythm and blues song "Suzie Q" in 1957. Beginning at age eleven, Ronnie Hawkins sang at local fairs and before he was a teenager shared a stage with Hank Williams. He recalled that Williams was too drunk to perform and his band, the Drifting Cowboys invited members of the audience to get on the stage and sing. Hawkins accepted the invitation and sang some Burl Ives songs he knew. 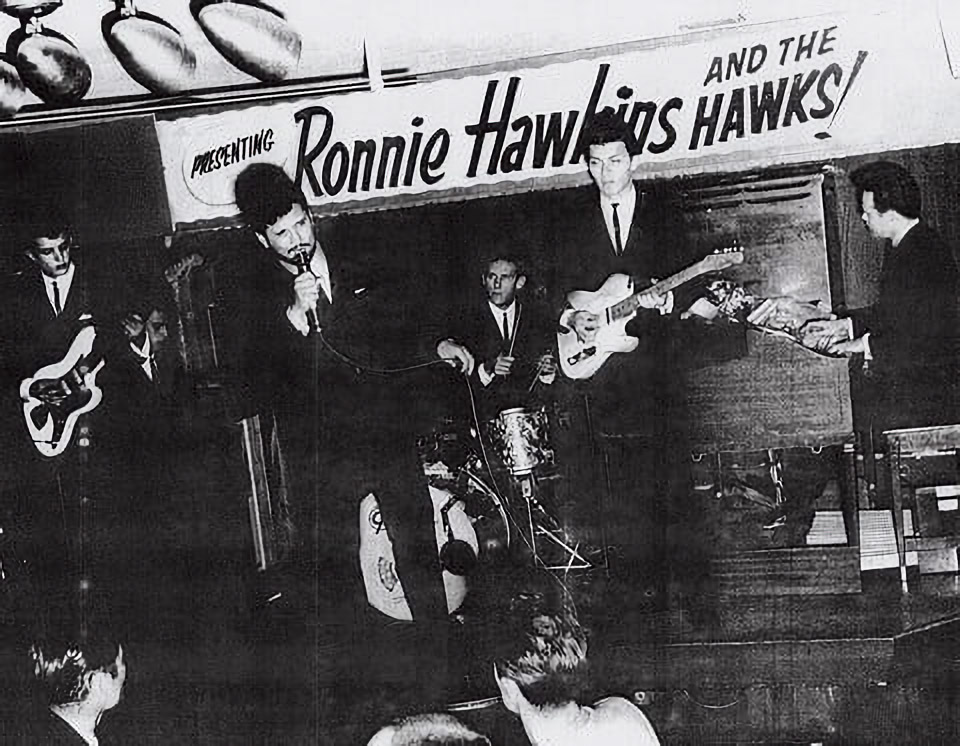 Ronnie had a band while in the Army and they broke when the army hitch was up when Hawkins went back to Fayetteville. When he got home he got a call from Sun Records, who wanted him to front the house session band. By the time he got to Memphis, though, the group had already disbanded but he cut two demos, Lloyd Price's "Lawdy Miss Clawdy" and Hank Williams's "A Mansion on the Hill" . The demo session's guitarist, Luke Paulman convinced Ronnie to come to Helena, Arkansas, a thriving musical area of blues, rhythm and blues, and country. Once in Helena, Hawkins and Paulman got Paulman's brother George on standup bass and their cousin Willard "Pop" Jones on piano and formed The Hawks. Drummer Levon Helm, who had grown up in nearby Turkey Scratch, Arkansas, first played with the group at the Delta Supper Club in early 1957.

Ronnie and the group began touring Canada in 1958 as the Ron Hawkins Quartet when Conway Twitty told him Canadian audiences loved rockabilly music . Their first gig was at the Golden Rail Tavern in Hamilton, Ontario,where the story goes that all the bartenders quit when they heard the band's sound and saw Hawkins's wild antics on stage. In 1959 he signed a five-year contract with Roulette Records and while working out of Toronto, Ronnie Hawkins and the Hawks cut the LP Ronnie Hawkins in 1959 and the following year they recorded the second Roulette LP, Mr. Dynamo. Hawkins moved to Canada in 1964 and became a permanent resident. In 1970 he lived at Stoney Lake Manor in Douro-Dummer and in 2017 moved to Hawkstone Manor, a 6,800-sq. ft. home on a 198-acre property just north of Peterborough.

Ronnie Hawkins was known as a talent scout, a mentor, a teacher . He seemed to recognize talent and would make these musicians the best they could possibly be. The list of musicians who cut their teeth with The Hawk is a long as it is impressive. Fred Carter Jr, Roy Buchanan, Scott Cushnie, Bill King ,Terry Bush and of course Robbie Robertson, Richard Manuel, Garth Hudson , Rick Danko and his fellow Arkansas native Levon Helm. The last five of course became The Band and backed up Bob Dylan before exploding onto the scene as The Band, Canadian legends. Rick Danko's brother Terry, who also worked extensively with Rompin' Ronnie. We reached out to Terry for his thoughts after Hawkins passed. “No one loved music, being a musician and performing like Ronnie, on and off stage . Ronnie changed the Canadian music landscape and taught us we were as good as anyone other musicians the world and maybe better. He changed my family’s life as well as many others I know. He was a true Canadian and will be greatly missed."

Ronnie Hawkins passed away on a Sunday morning at his home but his memory and legacy will live on forever in our hearts and souls.

As Ronnie was fond of saying "The big time is just around the corner baby!"