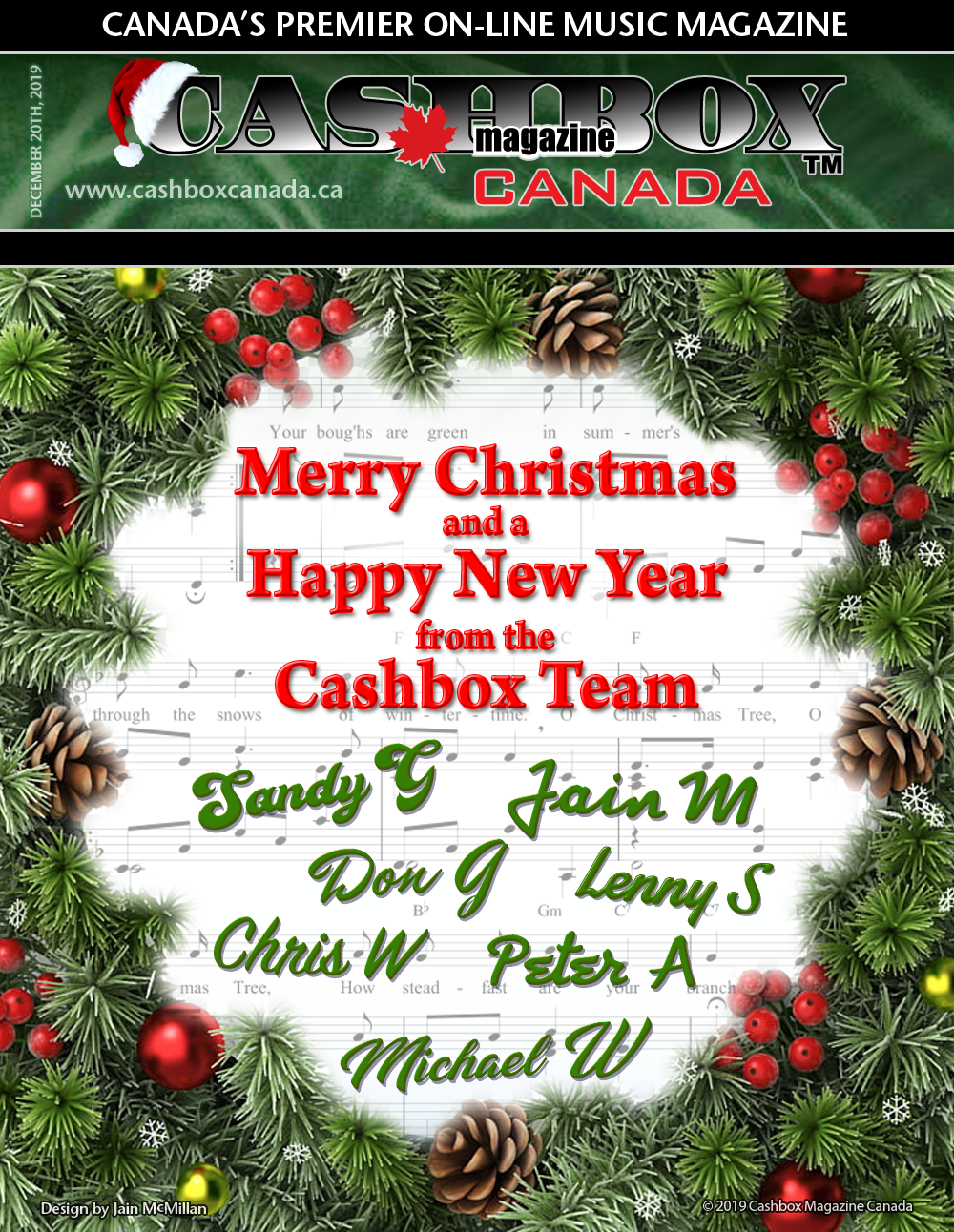 Sandy Graham: Christmas is a time to be grateful for all we have and I need to say how grateful I am for the Cashbox Team and my extended friends and colleagues in the industry who made 2019 so memorable for me.

The Cashbox Team is made up of Lenny Stoute, Don Graham, Chris Wardman, Jain MacMillan, Peter Astedt and Michael Williams and honestly, we could not publish week after week without these incredible people and their dedication to our magazine.

We have listed a few of their favourite ‘Top Ten’ things that happened for them this year:

The Top Ten Things That Happened in 2019

As 2019 wound down I reflected on memorable events of the year.
Here are the top ten takeaways of the year in no particular order.

The 3rd writing of this, it's been a hard year.

CashBox Radio in France in June ), did I mention my book trilogy chronicling my life in music?

Dedicated to Gwendolyn, my son Miles and my family.

After such an incredible year it is hard to narrow it down to a Top Ten list, so I will do my best.

Enjoy your holidays, stay happy and safe and thank you all for a great 2019!