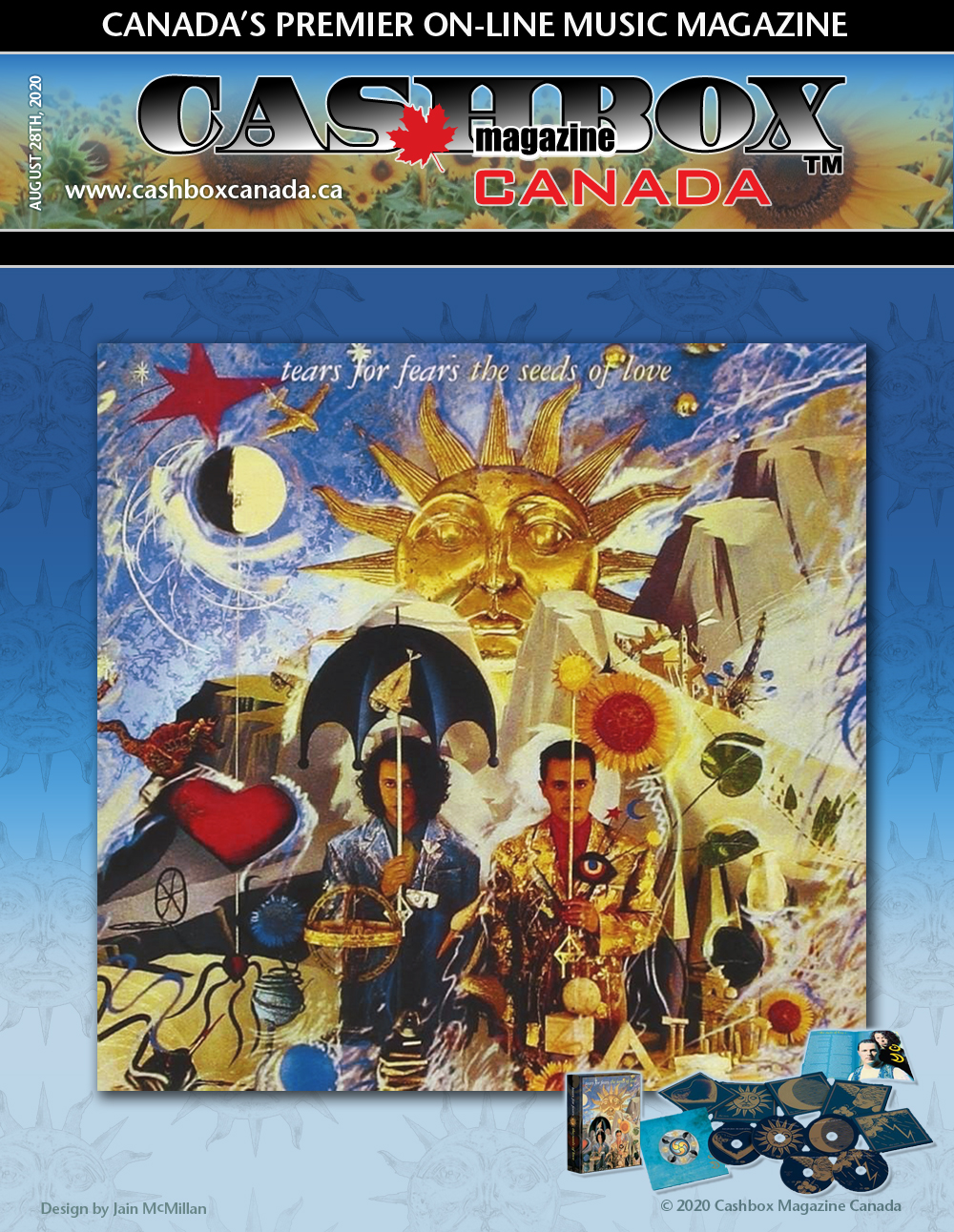 Over thirty years on from its original release, Tears For Fears' third long-player The Seeds Of Love has taken on mythical status for its scope, ambition, timeless musicality, and the fact that it took over four years to record.

For music fans and audiophiles the world over, the album continues to astound with its depth and sheer audacity, which is why three decades on it, has barely aged a day.  As Roland Orzabal puts it, "Out of all our albums, I'd probably rank it highest. I think it surprised a lot of people, a lot of our peers as well, people who maybe we were being compared to in the mid-Eighties." Curt Smith "The tracks I liked then, I still like now. 'Woman in Chains,' 'Badman's Song,' 'Sowing the Seeds of Love,' and 'Advice For The Young At Heart' have all stuck around. We still play those live."

The super deluxe box set consists of four CDs and one Blu-Ray, which fully tells the story of how this extraordinary album came to be. The box set includes 22 unreleased tracks from demo sessions, live jams, studio sessions along with a definitive set of b-sides, and rare mixes. Highlights include demos of "Advice For The Young At Heart" with Roland Orzabal singing lead vocal and "Rhythm of Life," which didn't make it onto The Seeds of Love and was later given to Oleta Adams for her Circle of One album. The Blu-ray also features a stunning 5.1 mix by Grammy-nominated artist Steven Wilson. 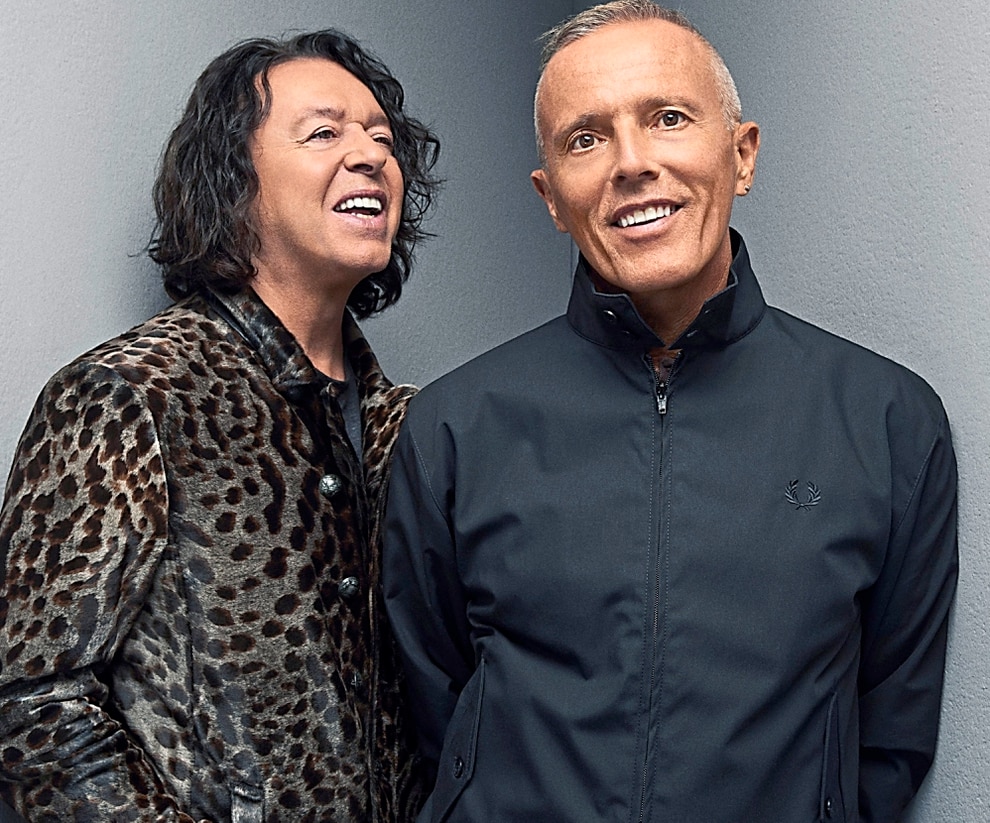 Coming off the back of the ten million-selling Songs From The Big Chair,  The first writing sessions for The Seeds Of Love started when the band was touring in 1985, making use of sound checks to sketch the outlines of new songs. Over the next four years, Roland and Curt would work with several producers, engineers, and many musicians before finally deciding to produce the album themselves with assistance from their Songs From The Big Chair engineer Dave Bascombe.

A key person in the making of the album was pianist and singer Oleta Adams, who Roland and Curt had seen play in the bar of their hotel while touring in 1985. She joined the recording sessions in early 1988 along with world-class session players such as drummer Manu Katché and bass player Pino Palladino and would play a massive part in songs such as "Woman In Chains" and "Badman's Song." These sessions in 1988 are perhaps the most fascinating tapes unearthed for the boxset. These jams took place at London's Townhouse studio, and disc four contains around 30 minutes edited down from over 24 hours of unadulterated in-the-studio live performance, exactly as it was performed at the time, complete with chatter, some laughter, and no overdubs. These jams include very different versions of "Woman in Chains," "Badman's Song," "Standing On The Corner Of The Third World," and "Rhythm of Life."

While the band was pleased with these sessions, there was still at least another year of further recording, overdubbing, editing, mixing, tweaking and discussion, before the final mix was finished in New York in the summer of 1989. All of the efforts that went into the making of The Seeds Of Love certainly paid off as it is now hailed as a classic of the time, alongside albums such as Talk Talk's Spirit Of Eden. The Seeds Of Love was released in the ‘80's, but it remains anything but an "80's album."

Quietly casting a shadow over rock, hip-hop, electronic dance music, indie, and beyond, Kanye West interpolated "Memories Fade" on "The Coldest Winter" from the seminal 808s & Heartbreak, The Weekend infused "Pale Shelter" into Starboy's "Secrets," David Guetta sampled "Change" for "Always," and Drake utilized "Ideas as Opiates" as the foundation for "Lust For Life," while Ally Brooke Hernandez, Adam Lambert, and Gary Jules recorded popular covers of "Mad World" and Disturbed took on "Shout," to name a few. Lorde cut a haunting cover of "Everybody Wants To Rule The World" for the Soundtrack of the blockbuster The Hunger Games – Catching Fire, which Tears For Fears gleefully would use as intro music live and thus bring everything full circle.

Representing an inimitable intersection of pop palatability, clever and cognizant lyricism, guitar bombast, and new wave innovation, their 1983 debut The Hurting yielded anthems such as "Mad World," "Change," and "Pale Shelter," reaching RIAA Gold status in the United States. 1985's Songs from the Big Chair became a watershed moment for the group and music at large. Boasting the signature BRIT Award-winning "Everybody Wants to Rule the World," "Shout," "Head over Heels," "Mothers Talk," and "I Believe (A Soulful Re-Recording)," it went quintuple-platinum and captured #1 on the Billboard Top 200. Slant dubbed it one of "The Best Albums of the 1980s," it featured in the book 1001 Albums You Must Hear Before You Die, and Consequence of Sound awarded it a rare A+ rating in a 20-year retrospective.

1989's Seeds of Love proved to be Roland and Curt's last collaboration together until Everybody Loves A Happy Ending in 2004, which rekindled the creative fire between them.

The band engaged in a three-year touring whirlwind across North America, Japan, South Korea, Manila, and South America beginning in 2010. 2013 saw them return with their first recorded music in a decade: a cover of Arcade Fire's "Ready to Start." The band returned once more in 2017 with "I Love You But I'm Lost" a track written and recorded with the multi-platinum British act Bastille taken from the "Rule The World" best-of collection, which once more catapulted the band back to the upper echelon of the UK album charts.

TEARS FOR FEARS THE SEEDS OF LOVE will be released OCTOBER 9th, 2020 ON Ume/VIRGIN

With more new material and further reissues on the horizon, Roland and Curt remain as loud as ever, while yet another generation gets ready to "Shout" with them all over again.