Skip to main content
TERRY SUMSION: Surviving For Another Encore – “You Gotta Believe” 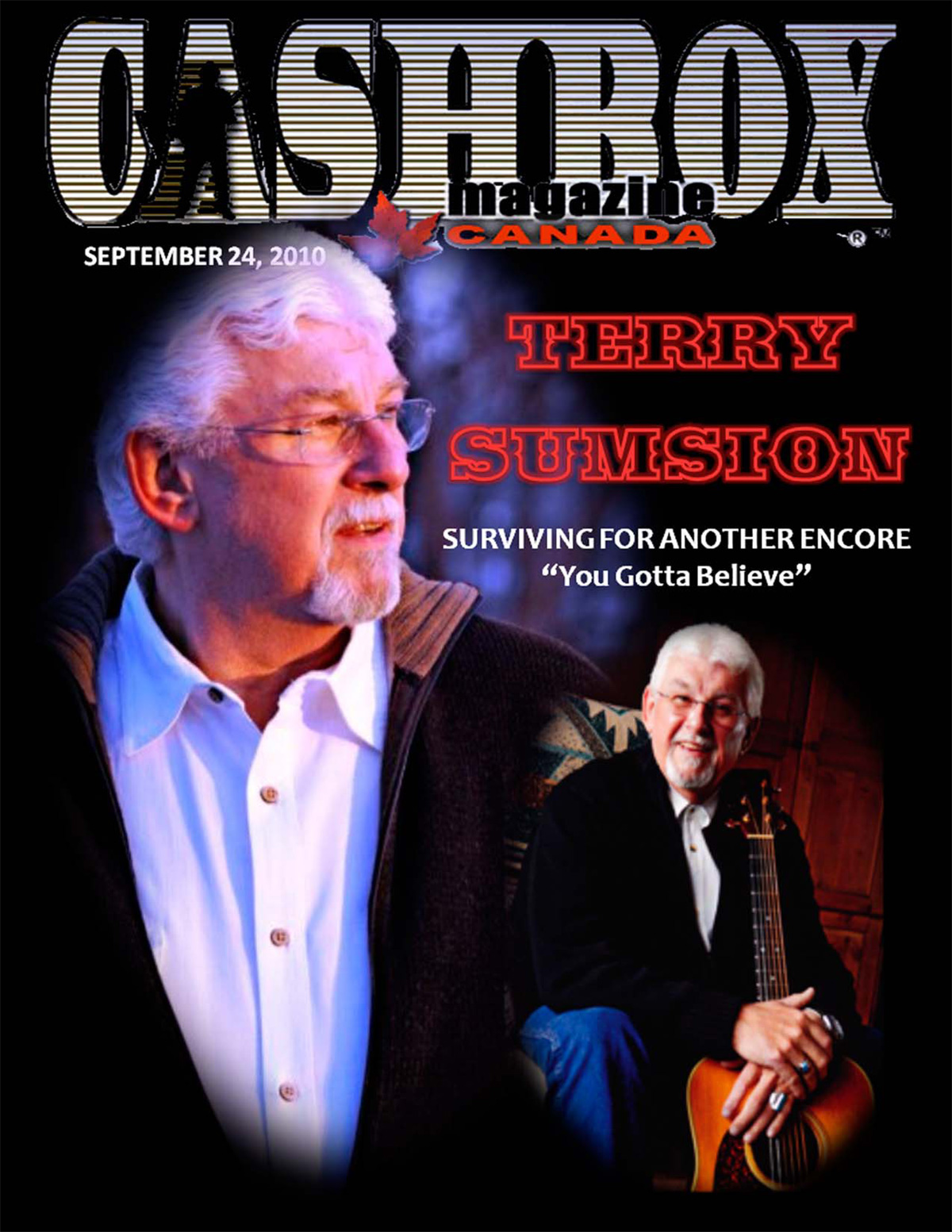 I have been a Terry Sumsion fan for many years.  As a Canadian and a musician I followed Terry’s music and performed his songs on a regular basis.  It was only in the past couple of years however that I had the privilege of connecting with Terry as he agreed to be a guest on my Internet radio show.  Through that connection a friendship was born.  It is a relationship that I cherish and it is with pride and humility that I am privileged to attempt to do justice to the life of Terry Sumsion in this article.

Terry Sumsion resides in Harley, Ontario and has been a fixture on the country music scene since the 1970’s.  He had a string of country hits during the 1980s, including Our Lovin' Place, Midnight Invitation, So Hard to Forget and One More Time, in the days when he performed with his Stagecoach Band.  These days Terry continues to perform at small venues, fairs and festivals with his up close and personal solo show or as the Terry Sumsion Trio.  In his own words he says “I’m feeling better about my music than I ever have in my life” … as a long-time fan and listener, I can tell you that he has never sounded better.

The first time I spoke with Terry on the phone for the radio interview the very first thing that struck me was the warmth and sincerity of the man and his absolute appreciation for those who listen to his music and especially those who take the time to connect with him with a letter, an e-mail or a handshake after a show.

There is a seriousness in his tone when speaking of his battle with cancer, but yet a confidence and that evolves into exuberance as he talks about his music and more so his pure joy of performing.  He credits his survival and continued recovery with his ability to go out and put on his shows on a regular basis.  The setting or type of venue has no bearing on the quality and professionalism of Terry Sumsion's performance. His big baritone voice, powerful yet mellow and smooth, reaches out and touches his audience.  There is a review by “Superstar in Critical Reviews” that read in-part - "If you have the good fortune to sit in on a live Terry Sumsion performance, you've undoubtedly come away with a feeling that you have been entertained by a special talent."

Terry is the only male vocalist in Canadian history to win the prestigious "Canadian Open" three consecutive years running.  His "Midnight Invitation" album was nominated by the Academy of Country Music for album and single of the year.  "Midnight Invitation" was also chosen album of the year by Country Music News, which is a fan-voted award.  The highlight of any conversation with Terry Sumsion however is when he speaks of his new music projects and of his performances with the “Terry Sumsion Trio”.

Earlier this year Bullet Records (Nashville) was reactivated after an absence in the industry.  Bullet Records dates back to 1945 and was the very first independent record label to operate out of Nashville.  Terry Sumsion became the first artist to sign with Bullet Records and in my capacity of Executive Director it was my privilege to be involved with Terry joining the Bullet Records roster.

This past July I was fortunate to finally meet Terry in person for the first time in Belleville, Ontario for his performance with the “Trio” at the Hollyrood Country Jamboree, and to finalize his signing with Bullet Records.   Even though this was our first face-to-face meeting, I immediately felt like I had known the man for years.  Having followed him for so long I guess that should not have been a surprise, but it was more in the way he carries himself.

I have often said about the “legends” that I have interviewed for my radio show that it is not just the music they have made over the years that makes them a legend – it is the person they are – a true appreciation of their fans and genuine treatment of others makes them larger than life.  And in meeting Terry for the first time, that was what he was, and is, for me.

If I had not already been humbled enough to have finally met one of my personal “heroes” Terry asked me to listen to the demo cuts of his new music project.  As we sat and listened I could feel the goose bumps.  This new collection of songs has the classic Terry Sumsion sound, while adding a touch of today’s contemporary country and a large dose of magic.  Many of these songs were inspired by his battle through his cancer and as in all Terry Sumsion songs, the sincerity shines through.  After listening to all of the cuts I looked at him and there were tears in both of our eyes - I can only imagine the emotion that he feels while listening to his work but mine were stirred solely by what he has accomplished after all he has been through.

Terry then told me that he had finally decided on a name for the new album - “Terry Sumsion – Encore” and asked me what I thought.  Honestly, I could not think of a better title.