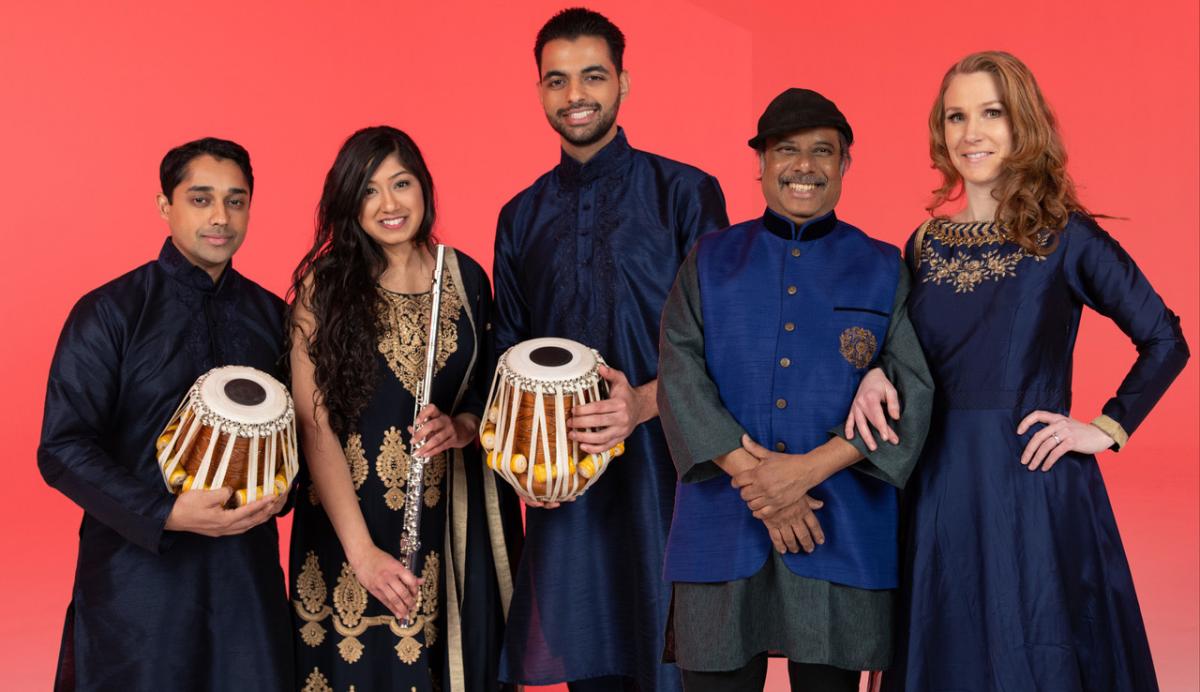 Toronto Tabla Ensemble continue to entice ears and eyes with this, their new video for “Maryem’s Here”.

Fresh from their most recent release, Unexpected Guests, the track and video bring diverse musical traditions together — from Indian classical dance, to Japanese drumming, to Arabic singing, and Western classical instrumentation. The goal is simple: create compelling music and showcase it with visual flair.

“This album is a simple one,” says Ritesh Das, the 62-year-old tabla virtuoso, composer and educator who leads and founded the JUNO Award-nominated Toronto Tabla Ensemble. “Most of the tracks are in very straightforward 4/4 grooves. On our other albums, you had tracks with different time signatures that made it really intellectual and complicated. But I wanted this one to be something that anyone can sit back and listen to.” ‘Simple’ here doesn't imply any sacrifice in musicianship; “Maryem’s Here” dazzles with virtuosity in its performance, interpreted with an emotional heart that connects with listeners.

The tabla forms the basis for TTE's signature sound. In "Maryem's Here," the violin (played by Raaginder Singh Momi) and Japanese taiko drums (by noted ensemble Nagata Shachu) join the traditional Indian percussion, while Maryem Hassan Tollar — the Cairo-born, Toronto-based vocalist who has carved a unique career as an Arabic-style artist with a reputation for genre-bending collaborations — brings a mastery of technique and tone to the table.

The blend of musical traditions and instruments, vocals, and dance is seamless, building to emotional highs and, while the time signature may be simpler than usual for TTE, the layers of rhythm and musicianship are palpably anything but. As for the video, a bejewelled Indian classical dancer captivates the eye while Tollar's haunting vocals add a mesmerizing melody.

Other tracks on the album bring in the talents of bagpiper Craig Downie (Enter The Haggis), multi-instrumentalist George Koller, and flautist Alysha Addetia, among others.

“Over the years, I've done everything from jazz to rock ’n’ roll," Das explains. "I don't do traditional Indian music; what I do is take the essence of it — the songs and sounds of North Indian classical music — and I blend it with other styles.

The Toronto Tabla Ensemble have released six albums and were nominated for a JUNO Award for their 2000 album, Firedance. Their 2018 album, Bhumika, won an Independent Music Award, and garnered two Canadian Folk Music Award nominations. TTE also includes a youth ensemble, represented with a track on the new album, and a film/video division.