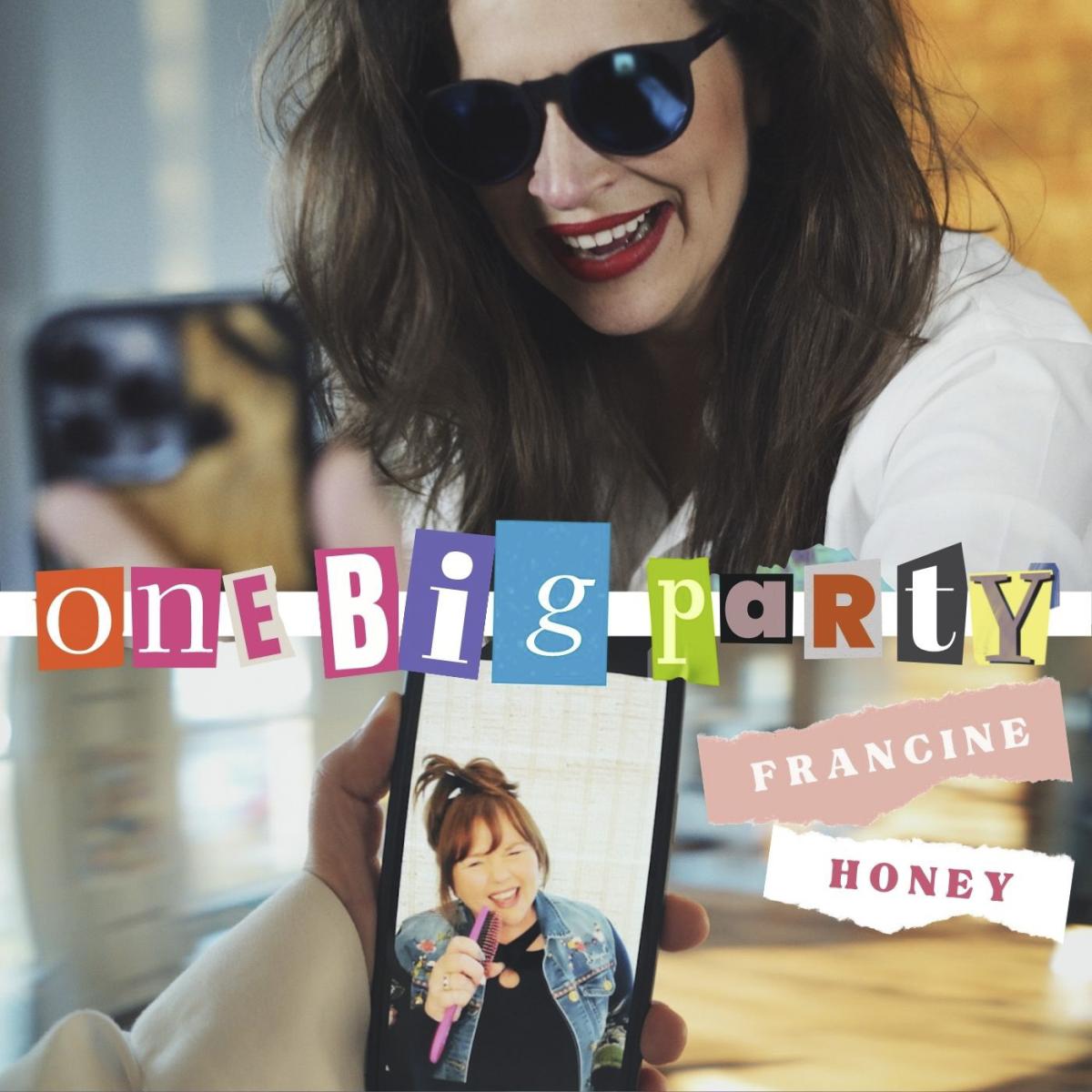 There’s nothing like getting together with friends you haven’t seen in forever, and Ottawa-based Americana artist Francine Honey bottles the excitement of a wild, all-out reconnecting of pals in her new single and video, “One Big Party”.

Rocking and rollicking with a driving rhythm and a singalong chorus, “One Big Party” is an ode to the reunions we’ve all been longing for during the pandemic — as well as reunions of every kind.

“I had my group of high school friends in mind when I wrote it,” Honey shares. “We reconnected at a high school reunion some years ago and have gotten together regularly since then. Our parties almost always involve being outside around a fire and howling at the moon by the end of the night!”

Being stuck at home the last couple of years, we’ve all had cabin fever. “As we were all hunkered down at home, didn’t we all make plans for when we’d get together again?” Honey asks. “I know I did! I don’t know how many times I put an X on my calendar on the wall, only to have to scratch it out and put the X in another spot.”

“One Big Party” was written with co-writer Fabio Ingratta, who Honey met at a songwriters’ meeting she hosted. “He has a certain style that I thought would suit a party song,” she says. “We had so much fun writing it and came up with so many scenarios that it was hard to nail it down. Even though we only lived 15 minutes apart at the time, we used Zoom and lots of texts back and forth with lines describing the kind of party we were going to have with our friends.”

“They were all together, except for me!” Honey explains. “I was in on the session via Zoom with a sound feed direct from the board.” She then recorded her vocals in her studio in Leamington the week before she was set to move to Ottawa; co-writer Fabio Ingratta sings background vocals on the song.

“One Big Party” is the last single from Honey’s upcoming album, I Carry On, and the song officially kicks off Honey’s ‘summer of fun’ campaign across her social media channels with upwards of 20k fans.

Speaking of fun, the track is complemented by a playful video featuring Kristian Dambrino and Honey getting ready for their party ‘Risky Business’ style.

As a graduate of the Berklee College of Music Professional Singer-Songwriter Certificate Program, Honey regularly makes the nine-hour drive from Ontario to songwriting workshops in Nashville, where she has been mentored by icons like Beth Nielsen Chapman (who contributes backup vocals to Honey's Snowflakes On My Eyelashes), Mike Reid (I Can't Make You Love Me), Mary Gauthier (Mercy Now), Verlon Thompson (Boats to Build), Gretchen Peters (Independence Day), and Jonatha Brooke (Put the Gun Down).

She co-ordinates the SAC’s Leamington/Windsor Regional Writer's Group, mentoring other songwriters, and has showcased at the Texas Songwriters Symposium four years in a row, as well as NSAI Tin Pan North Festival, Hugh’s Room, the WinterFolk Blues and Roots Festival in Toronto, the Kingsville Folk Music Festival, and the Folk Music Ontario conference. Francine’s music and songwriting have not only taken her through Canada and the U.S., but the U.K., Switzerland, and Italy.

With previous album releases including 2014’s Re-Drawn and 2018’s To Be Continued…, her 2019 holiday album, Take Me to the North Pole, made Rolling Stone Magazine’s Top 50 Christmas Albums of the Year list.