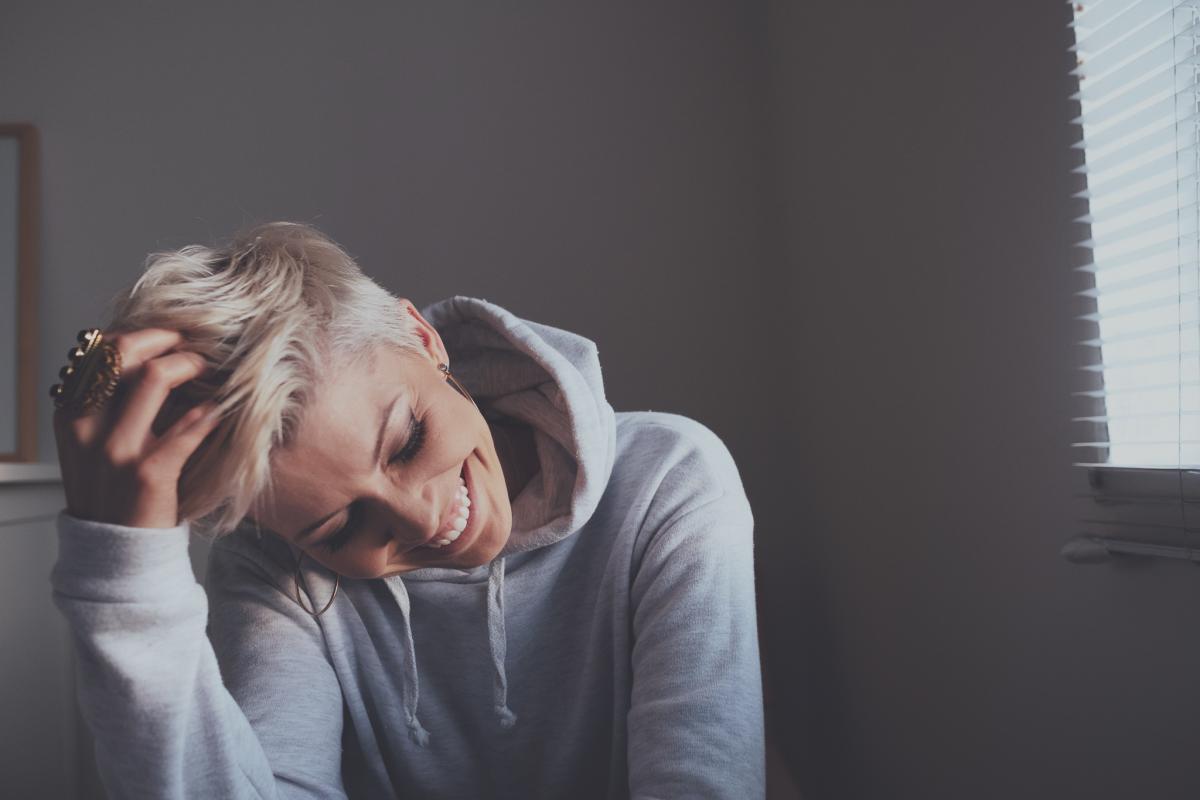 Co-written with Grammy winning Producer Chin Injeti (Eminem),  "Better" expresses the sweetness and loveliness of how one person can make you feel better, even with the smallest gesture.

Soul resides just beneath the exterior. Upon meeting Katherine Penfold, you might initially notice the prominent tattoos along her shoulder and arms before the conversation veers to her lifelong affinity for motorcycles, skateboarding, or woodworking. Listening to her music elicits a different impression altogether as a sultry, smooth, and sweet delivery belies the rustic badassery she exudes with ease. This gorgeous contrast illuminates the artist’s 2019 full-length debut, Sweetest Thing [Justin Time, Nettwerk].

“Sweetest Thing is a juxtaposition,” she affirms. “I have lots of tattoos and like motorcycles, but all of my music is about love and joy. When you see those extremes side-by-side, it really hones in on how I feel about myself and who I am. I had a cool and quirky upbringing that didn’t really fall into pigeonholes. Everything comes down to heart and soul for me, especially music.”

Born in Nova Scotia and raised “on a farm in the middle of nowhere Manitoba without television,” the singer and songwriter always gravitated towards music. Powerhouse vocalists such as Diana Ross, Aretha Franklin, and James Brown immediately resonated on a deeper level. Pursuing her passion, she went on to study classical piano and jazz at Manitoba’s Brandon University. In addition to winning the GROOVEFM singer/songwriter competition, she spent the next few years sharpening her chops and performing alongside the likes of Hugh Laurie, Jeff Lorber, Brad Turner, and Jodi Proznick in addition to selling out headline shows.

Between independent releases, she moved to England. in 2017 invited to sing at a wedding in Vancouver proved life-changing as the wedding planner filmed the performance and shared it with Nettwerk who reached out to sign Katherine shortly after via their Jazz label partnership with Montreal’s Justin Time Records.

“It’s never the moment you think would change your life that actually does,” she smiles. “It’s crazy how it happened when I think back on it!”

Following her holiday album Keep Christmas With You, Katherine dove into writing and recording what would become Sweetest Thing. Hitting the studio with co-producer David Sikula, she tapped into those formative inspirations and unlocked a spirited style of her own.

“I really sat down and wrote the songs I knew were sitting there in me the whole time,” she explains. “Soul, funk, and R&B have hit me so hard for as long as I can remember. There’s a story to every song and a really powerful vibe.”

She taps into this vibe on the first single, her cover of Roberta Flack’s “Feel Like Makin’ Love.” Over dreamy keys and slick percussion, she breathes new life into the classic staple, sliding into the pocket with seductive bliss.

“I’m obsessed with the beat and how it encapsulates everything,” she goes on. “The song isn’t so much about having sex as it is about all of the things around the subject. You’re in the restaurant, holding hands, walking side-by-side, and all of it. When I first heard ‘Feel Like Makin’ Love’ forever ago, the image really spoke to me.”

She co-wrote “Better” alongside GRAMMY® Award-winning producer Chin Injeti [Drake, Eminem]. Its slinky groove seesaws from jazz-y verses into a resounding chorus as she croons, “You make me feel better,” in a call-and-response over a bass warble.

“I struggle with depression and anxiety,” she admits. “The song is for my partner. He finds a way of making me feel better during those times. It’s dedicated to the person who helps you up.”

Elsewhere, fluttering keys and dreamy production underscore “Far Away” on which she joined forces with Moonchild’s Amber Navran. It details “the heartache of a long-distance relationship.” Handclaps and sky-high vocal runs abound on “Unapologetic,” highlighting the scope of her showstopping range.

“It’s about stepping up and not hiding anymore,” she goes on. “It’s a powerful moment for me.”

In the end, these moments define the duality at the heart of Sweetest Thing.

“I really wanted to make an album full of songs that could resonate with you no matter what you’re going through,” she leaves off. “I’d love for people to find a space for themselves to feel inside of what I’m doing. I hope they know someone is listening to them and hearing them.”

The latest video release "Better" encompasses the talent and delivery of this talented artist.

Co-written with Grammy-winning Producer Chin Injeti (Eminem),  "Better" expresses the sweetness and loveliness of how one person can make you feel better, even with the smallest gesture.