Skip to main content
Live at Heatwave “This Beat Goes On/Switchin’ To Glide,” with The Kings 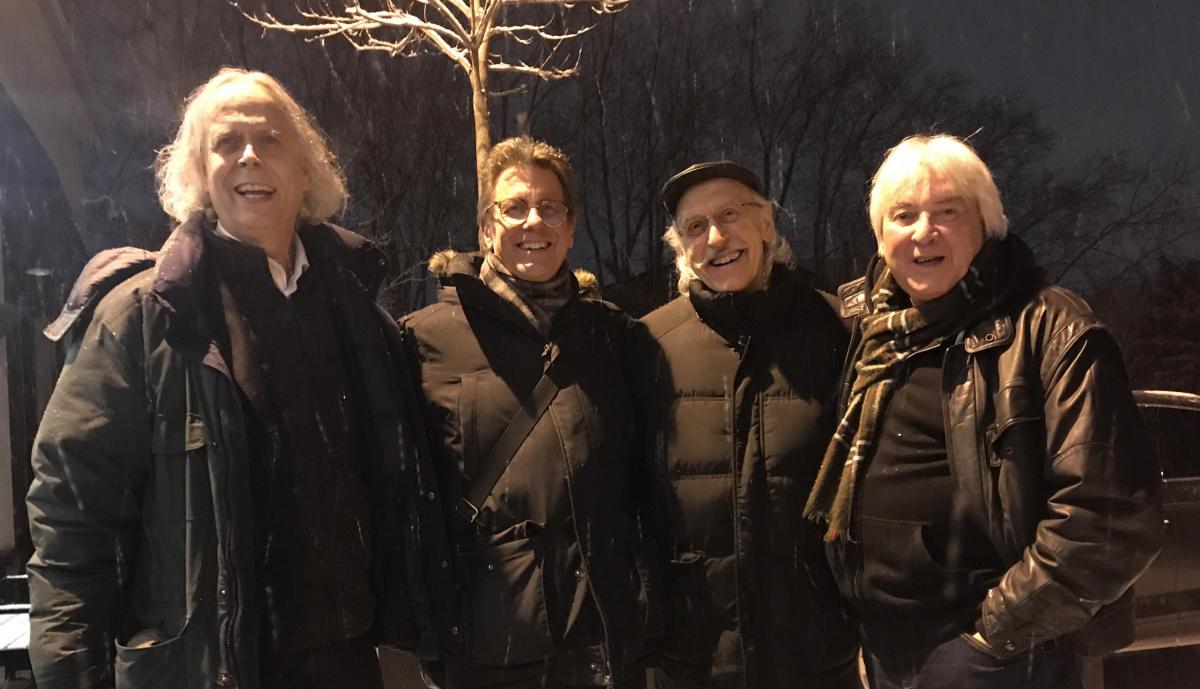 “We’d worked hard and were ready for a gig like this," says drummer Max Styles.

The Kings Live at Heatwave Complete:

Speaking of restored and re-mastered footage, The Kings’ video for “This Beat Goes On / Switchin’ to Glide” holds more than 4.1+ Million views on YouTube for good reason; it’s a digital masterpiece featuring more than 40 sources of live recordings that took upwards of 140 hours to edit togeth

Listen to “This Beat Goes On / Switchin’ to Glide” here:
open.spotify.com/album/74gWyT842S04TKcCiyIps0

The single continues to hold four decades of knockout radio success, has stacked around ~ 2 Million streams on Spotify and counting, was named by the Toronto Star as the “#1 almost official song of Toronto,” and one of the “Top 100 U.S. Radio Programmers Picks of the Decade” by Album Network Magazine.

That story is of a hard-working band hailing from Vancouver, BC and Oakville, ON that appeared on Dick Clark’s American Bandstand, was nominated for a JUNO Award, named ‘Most Promising Group’ by Cashbox Magazine, hit Platinum-selling status, and has released five studio albums, two live albums, a live DVD, an anthology, a documentary, and numerous hit singles — including “another rocking two-fer,” “Circle of Friends / Man That I Am.”  The 2018 single was somewhat like arriving full circle; it was mixed in Nashville by industry legend Bob Ezrin (Pink Floyd, Alice Cooper, KISS), who also helmed the same role on their 1980’s debut, The Kings Are Here, and sophomore follow-up, Amazon Beach.

“We were originally known as WhistleKing,” Zero recalls. “We rehearsed, did club gigs, and wrote lots of songs for more than three years before we went into Nimbus 9 Studio in Toronto to record our first album.

“While we were there recording, Bob dropped by to visit and liked what he heard,” Diamond continues. “He agreed to mix the tracks we had done, but soon discovered that the whole thing needed to be re-done. He approached Elektra Records in Los Angeles with our tapes, and we were then signed to a worldwide deal.”

The Kings have continued to rock fans around the world through the release of archived footage and current releases and vlogs; their YouTube channel has a total stream stack of more than 4.5+ million.

This year, February 2020 saw the unveiling of The Lost Tapes of a Seventies Bar Band, a 17-track audio LP featuring live recordings from the Flamingo Lounge and an instalment of what has become The Kings’ Live Trilogy — including audio release Party Live in ’85 and DVD release No Covers: Live at O’Tooles Roadhouse.

And now August 2020 both celebrates and continues to cement the band’s 40 years of Canadian music legacy status with the release of The Kings: Live at Heatwave — available August 23rd, 2020 8pm EST via their YouTube channel.