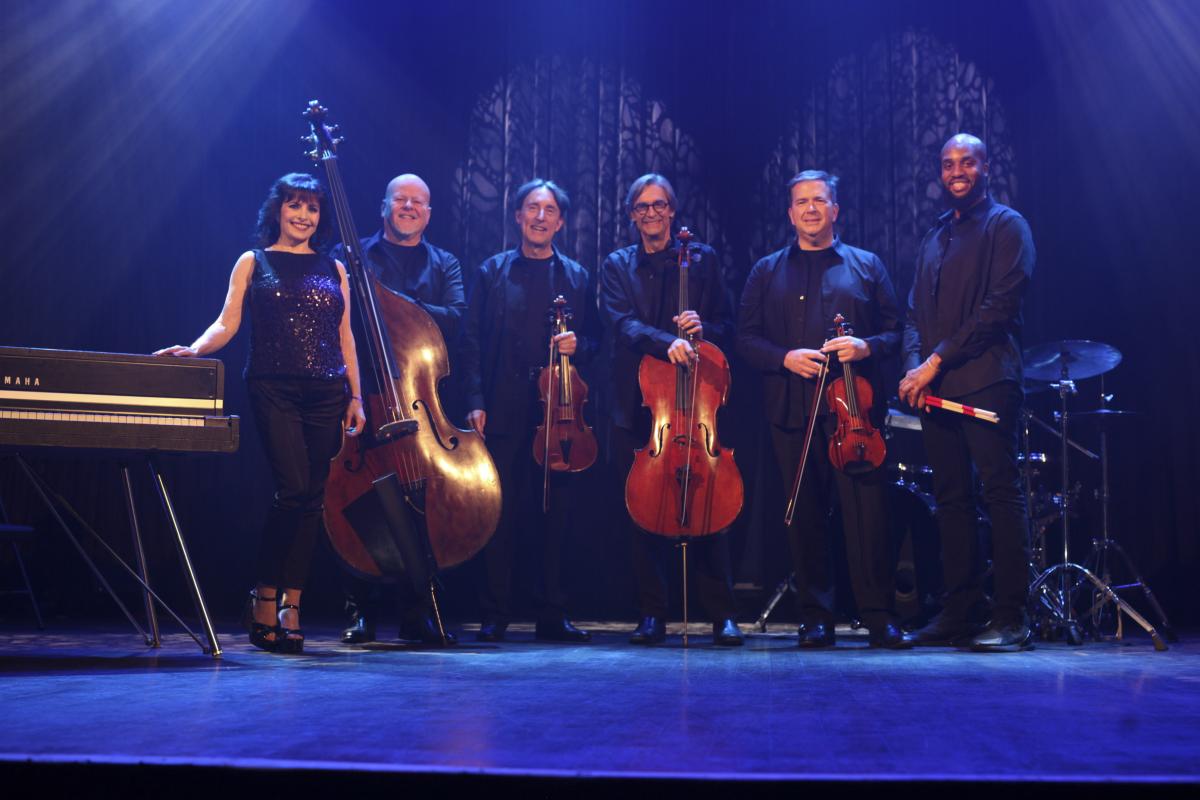 Ensemble Vivant channels their rich stylistic diversity and innovative programming to create a classical fusion track that’s one-of-a-kind with their latest single, “iFugue,” and album, iFugue ~ A World of Fugues – check it out on YouTube here:

A sonic expedition of musical discovery, and harnessing all the brilliance of Antonio Vivaldi’s Sinfonia in E minor for strings and continuo, RV 134, Ensemble Vivant puts their own spin on an old compositional technique for the new offering.

Fugues, a repeated musical theme carried by several voices that seemingly chase each other, have been found in music since the Italian renaissance about 500 years ago. iFugue ~ A World of Fugues is a tribute to the greatest fugue composer of all time, Johann Sebastian Bach, with several other masterful fugue composers and their respective countries represented — including Antonio Vivaldi (Italy), Heitor Villa-Lobos (Brazil), Aldemaro Romero (Venezuela), Astor Piazzolla (Argentina), John Burke and Michael Coghlan (Canada), Dmitri Shostakovich (Russia), Cesar Franck (France), and, of course, J.S. Bach (Germany).

The inspiration for “iFugue” came as Ensemble Vivant was preparing to record an homage to Argentinian composer Astor Piazzolla; a series of wonderfully constructed fugues by Piazzolla was discovered and inspired the unearthing of the masterful fugues written worldwide. The title “iFugue” was coined by its arranger, the great John Burke, whose dream was for the song to prosper before his passing in January 2020.

Along with the deep musical history of fugue, Ensemble Vivant has dedicated itself to the celebration and preservation of many Classical and Jazz-related styles of music that have proven to be enjoyed by all ages and backgrounds. Hathaway describes fugue as “an example of the universal appeal and the boundless adaptability of music across time and geography.” The song was also notably mastered by Andy Walter at legendary Abbey Road Studios in London.

Ensemble Vivant is the flagship group of a larger group of musicians who are part of the registered not-for-profit charity Euterpe: Music is the Key.

Named after the Greek Muse of Music, Euterpe has provided the highest quality music education/performance programs to children in underserved Canadian communities for over 15 years. With virtual sessions to accommodate during the pandemic, Euterpe has mainly dedicated itself to the idea of music as a developmental tool in early childcare, and primarily refers to science that demonstrates enrichment and life-enhancing benefits in children with early exposure to music education.

Fugues are among the many styles of music that children of diverse cultural backgrounds experiencing Euterpe’s programs continue to respond incredibly favourably to.