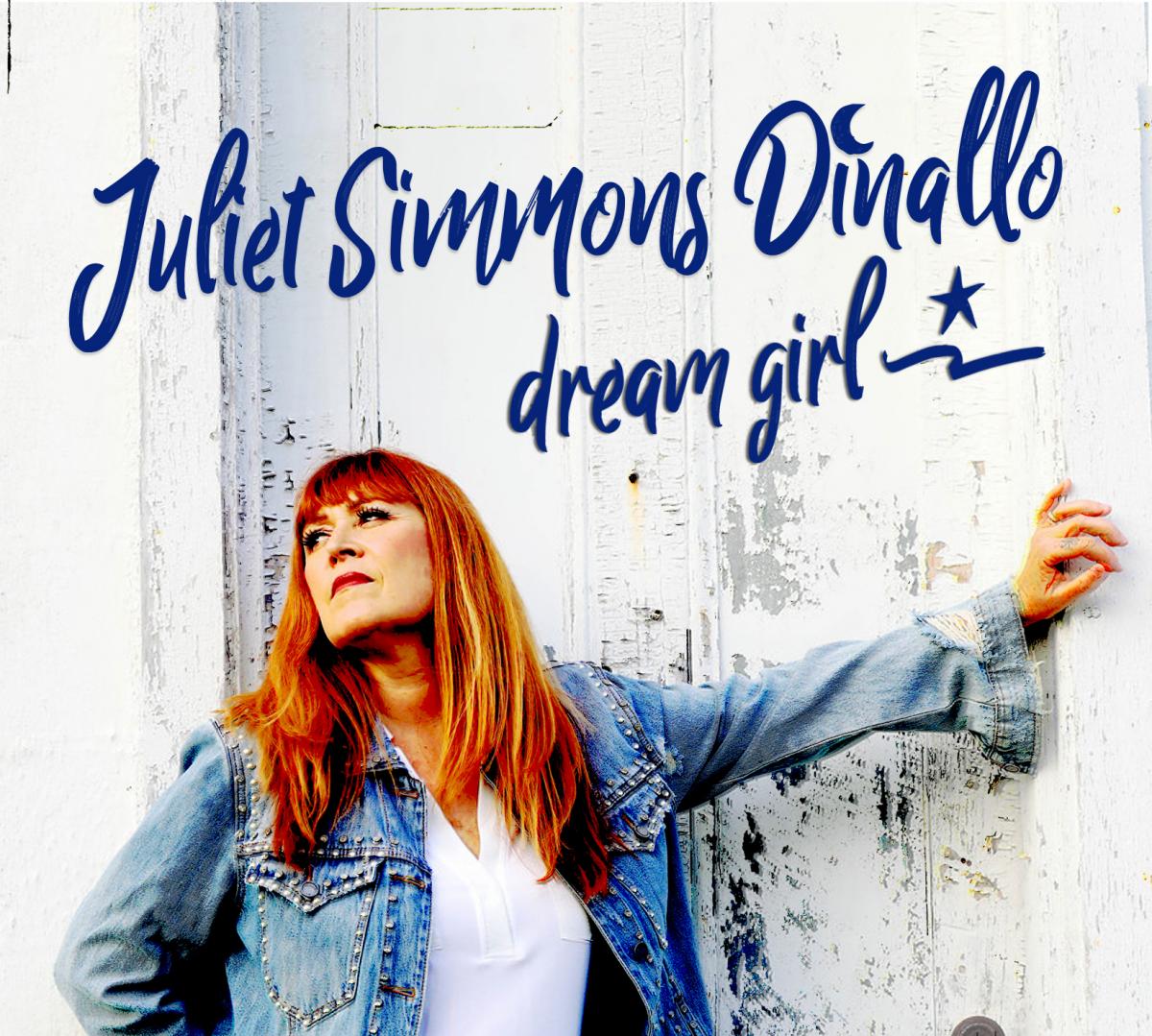 Country/Roots singer Juliet Simmons Dinallo will release her new CD, Dream Girl, on November 16, with distribution via BFD/Orchard. A digital release of the new CD will be available digitally everywhere online on October 5, 2018. Originally from Boston and now based in East Nashville, Juliet recorded her new disc at Ice Station Zebra in Medford, Mass., with production by Michael Dinallo and Ducky Carlisle. Call it Boston roots and cowgirl boots, if you will.

Juliet will support Dream Girl with a number of album release shows in the Nashville area, as well as throughout the southeast, with Midwest gigs on tap in the future.

Dream Girl is an amalgam of Nashville and Memphis: Dusty in Memphis, I Am Shelby Lynn, Stax/Volt, classic Nashville sides, Elvis in Memphis, along with soulful group singing. Juliet enlisted two other tremendous vocalists from Boston, Amber Casares and Anita Suhanin, to sing with her. The blend is reminiscent of the Staple Singers at times (“Until I Go”) or the Trio album (“Moonshine and Sweet Tea”) with Dolly, Emmylou, and Linda. Tim Carter (who is a direct link to The Carter Family) recorded the mandolin, fiddle, and banjo at his studio in Goodlettsville, Tennessee.

“Making transitions is never easy, and the way Juliet Simmons Dinallo expresses the ups and downs of the human process of moving, changing and growing older is the joy of listening to Dream Girl,” writes Nashville Scene music critic Edd Hurt in the album’s liner notes. “There’s a tension here, and unresolved matters of the heart and soul:  ‘I don’t have all the answers,’ goes one song, and another finds the narrator driving from Nashville to Memphis, accompanied by a groove that evokes the sweet-and-sour styles of both cities.  Juliet Simmons Dinallo and Michael Dinallo, who collaborated on three of the songs here (Juliet wrote the rest) sound as though they’re in love with the music of the South, but they’re also in love with the possibilities of transition that soul music has always laid out so eloquently. The terse, direct music supports Juliet’s songs, which acknowledge the blues but make room for the pleasure of every day, the quotidian. Some of the pleasures of Dream Girl lie in the interplay of elegantly restrained string arrangements, just-right, gritty guitar solos, and Juliet’s soulfully gliding vocals. Producers Michael Dinallo and Ducky Carlisle bring the bite of soul music to the enterprise, and Dream Girl glides over rough terrain with sure feet.  It’s a record that both digs deeply into the dream world of change and the real world that never stays the same.”

In essence, Dream Girl is the evolution of Juliet Simmons Dinallo’s singing, songwriting, and the journey that began with her No Regrets album release in 2013 on Tree-O-Records. Born in North Carolina, growing up in Maine and the Boston area, and moving to Nashville has brought a unique expression to Juliet’s songwriting, singing and performances. Juliet was one of the featured artists on the acclaimed CD, Feel Like Going Home: The Songs of Charlie Rich.

Dream Girl opens with the title track, which was written with Juliet’s husband Michael Dinallo for their little girl. Hence the full title of the song “Dream Girl (Annabel’s Lullaby).” It pays a sonic homage to Roy Orbison and the Everly Brothers.

Among the album’s many other highlights include the waltz, “Moonshine and Sweet Tea” (featuring Shad Cobb on fiddle and Tim Carter on mandolin); “The Abyss” – a song about facing your fears and staring them down, which leans toward the Memphis hard soul sound; “Someone for You” (a song originally written for a friend’s wedding); and the love song, “Tennessee,” which bounces back and forth stylistically between Nashville and Memphis.

Out of tragedy and sadness from one of our country’s darkest days comes “Fly (Prayer for Sandy Hook),” powered by Juliet’s aching vocal for the loss of life and enhanced by the lush string arrangement.

Additional tracks include the easy-going country tune, Don’t Got Much;” the Memphis-influenced “Until I Go” (with tremolo guitar, Charlie Rich inspired piano, classic soul string arrangement and killer backing vocals); the Stones-style rocker, “Curious George,” about a spoiled rich kid; and the album’s closer, “In the Corner,” a song about a universal life experience that wraps the album perfectly.