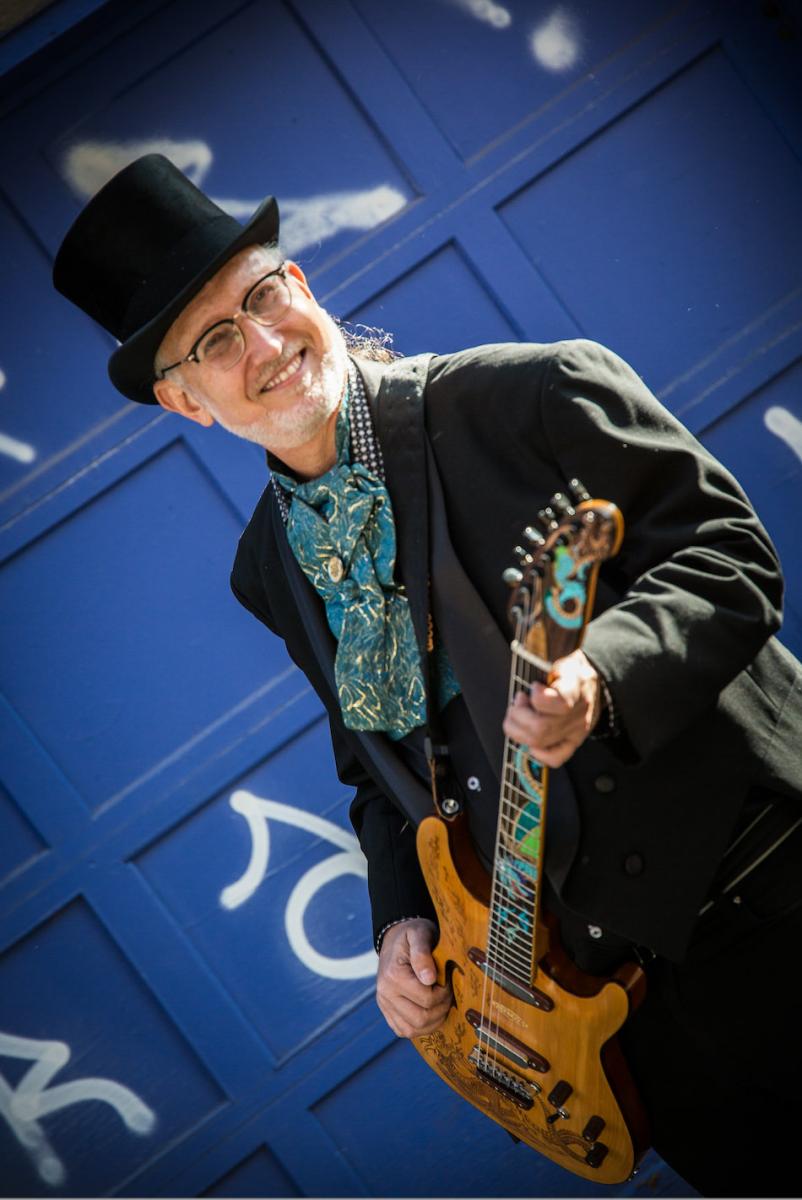 For many artists, revisiting their archives can unearth a creative gem initially overlooked or forgotten about altogether. Montréal singer-songwriter, guitarist, and storyteller Danny Blueberry discovered such treasure by traveling back to his imaginative beginnings to bring forth a raucous, cautionary tale for his new single and video, “Space Guppies” – check it out YouTube here:

A trippy, rockin’ dive into the deep waters of Blueberry’s fervent imagination, “Space Guppies” has the perfect sing-along-able chorus that conjures up images of packed clubs of pogo-sticking fans shouting “Ahhhhhh - space! Ahhhhh- guppies!” while Blueberry and his band rock it out on stage.

“This is one of the first songs I wrote,” says Blueberry. “I was about 17 years old and I had a small aquarium in my room.”

“I noticed that the guppies were surreal and had a certain grace and elegance to them that I did not see in the other fish,” he recalls. “I imagined that they came from outer space and were eventually going to invade earth in great numbers.”

“Space Guppies’” chugging acoustic guitar and ethereal slide riffs playfully complement each other until the distortion kicks in on the chorus and those menacing, otherworldly guppies start closing in on you.

Blueberry is a master storyteller with decades of experience who has written over 70 songs since those days with his aquarium. While spending time in Taiwan In 2021, Blueberry met Mike McLaughlin and Chuck Payne, two American musicians also based there. The trio hit it off and spent eight months recording 28 of Blueberry’s original songs that he’s written throughout his four decades as a musician.

“These songs are now being released monthly,” Blueberry explains. “Each with a video and each will be part of a collection called The Opium Year.”

In the three months prior to the “Space Guppies” release, Blueberry also launched singles and videos for “Someone Who Would Have Your Back (Winshields), ''Mirage” and ''Batman and Robin”. All four singles dropped so far from The Opium Year have amassed an amazing 1.5 million streams on Spotify since the start of 2022.

That should bode well for Blueberry to gather big audiences for his live shows he likes to call “special festive events” where he presents a mix of storytelling, comedy, ballads, and rock.

Blueberry’s brand of intriguingly offbeat, acoustic folk-rock peppered with infectious hooks, great musicianship, and vivid visuals has captured a big wave of streaming surfers as he builds momentum toward his next monthly release from The Opium Year.