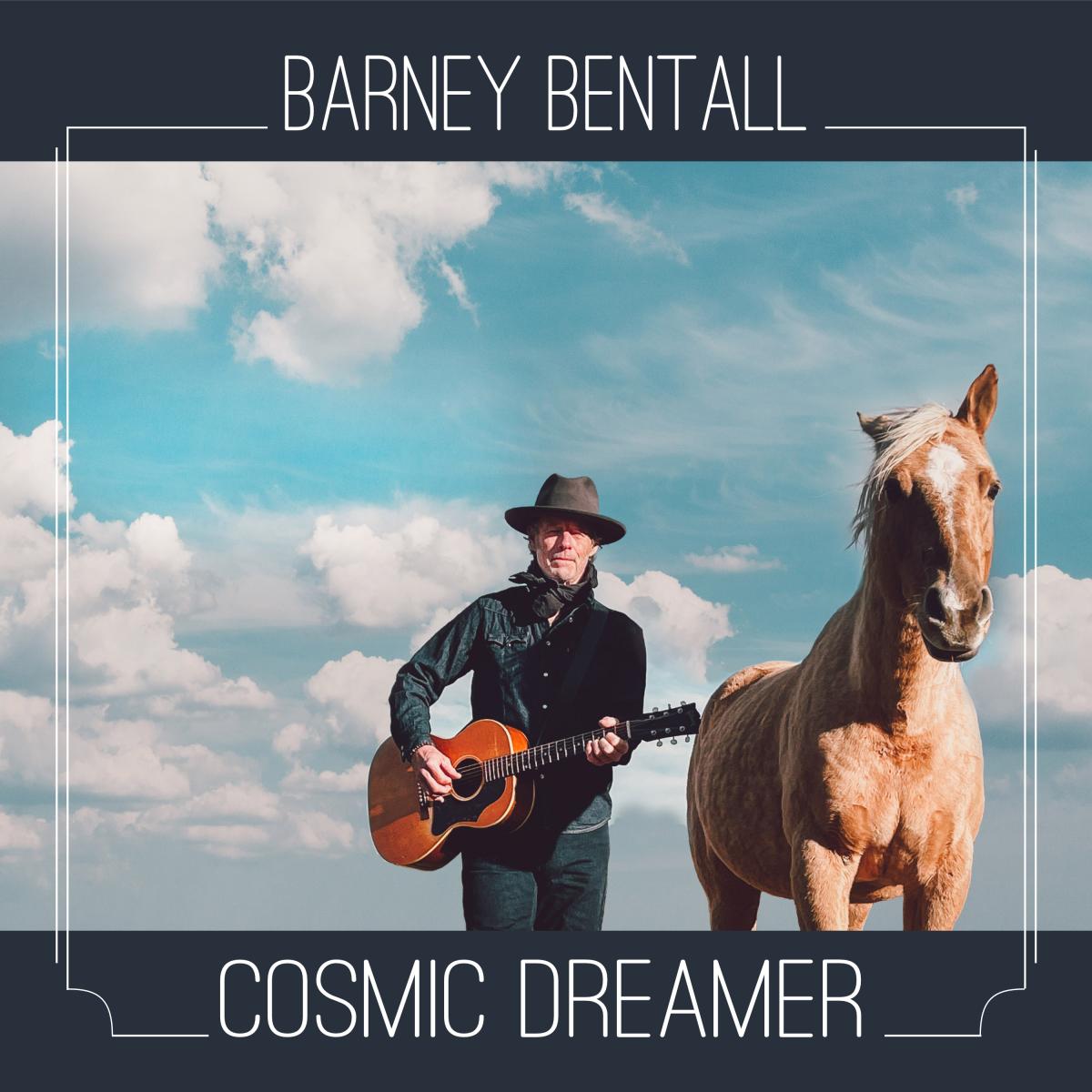 Soaring with sentiments of hope, love, longing, and loss, multi-Platinum selling, and JUNO award-winning artist Barney Bentall plots a sonic constellation of Americana to traditional Folk with the upcoming release of his new album, Cosmic Dreamer.

Cosmic Dreamer marks the seventh solo release for Bentall and now numbers over 20 overall when including his JUNO Award-winning band, The Legendary Hearts, and his other releases with The High Bar Gang, Bentall Taylor Ulrich and The Cariboo Express.

You can pre-order the album at True North here: truenorthrecords.com/barneybentall/

“I wanted to experiment with other things and everybody, bless their hearts, was very good about it,” he shared in an interview of his ever-broadening range of roots, country, bluegrass — and even instrumental, as heard in his recent album RanchWriters, written and released with long-time friend, Spirit of the West’s Geoffrey Kelly.  “It’s important for me to write songs and try different music styles. Why limit myself? To me, it’s just good music.”

COVID-19 caused Bentall to spend less time with other songwriters and musicians than he would have in the past, so Cosmic Dreamer has fewer co-writes than previous efforts.

Bentall co-produced the album with multi-instrumentalist Dolan, and much of it was recorded and mixed at Dolan’s Track + Trestle studio in Ladysmith, B.C. The album-closing “Cody Road” was recorded by The Drifter & The Preacher producer John Raham at Vancouver’s Afterlife Studios.

Bentall wrote Cosmic Dreamer’s title track at Yellowpoint Lodge on Vancouver Island in late February 2020 while he was taking a course at Ladysmith Marine Institute to receive a new certification to allow him to continue to drive rigid-hulled inflatable Zodiac boats on Arctic expeditions for a travel company called Adventure Canada.