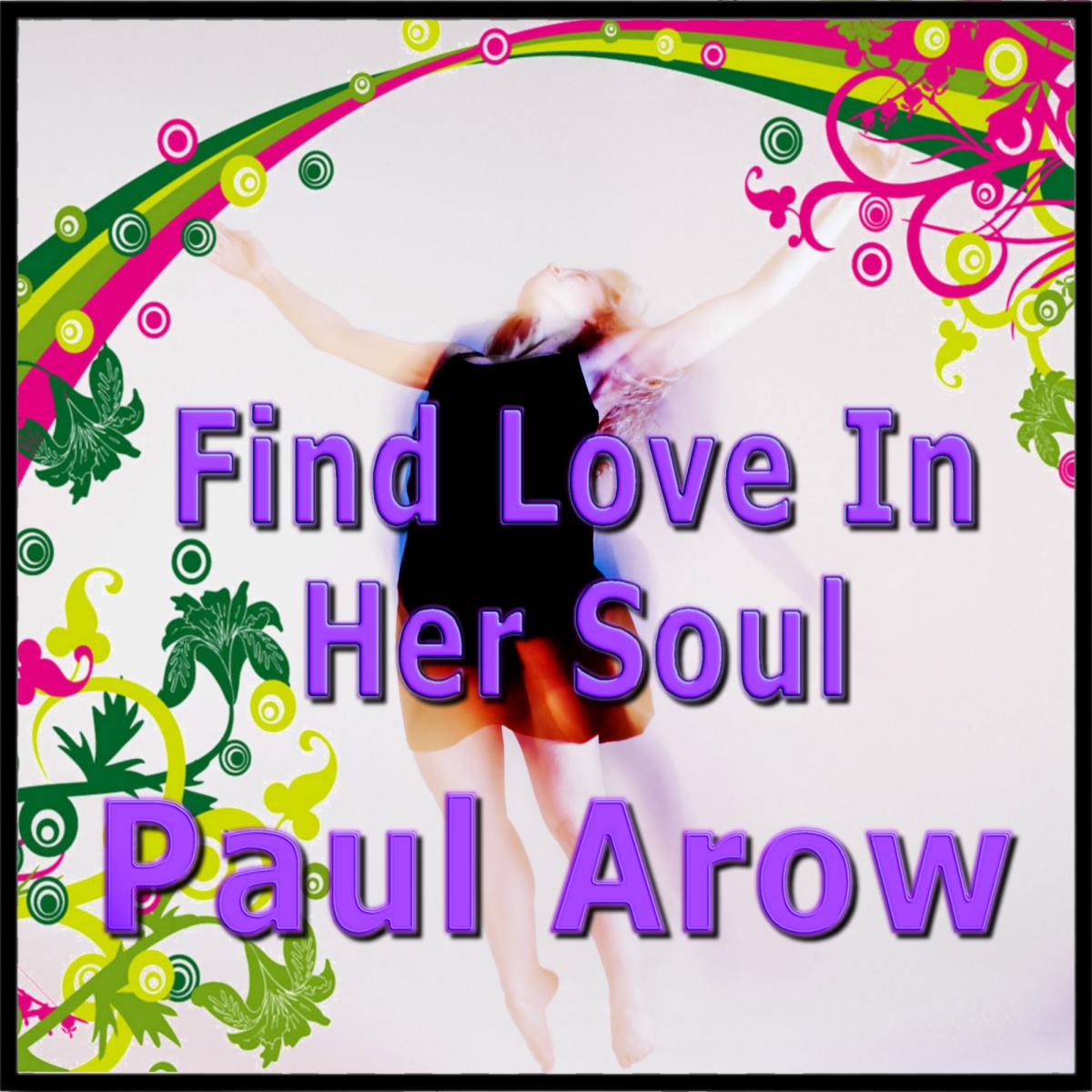 With Valentine’s Day around the corner what better thing to do but find new love songs? And “Find Love In Her Soul” by Paul Arow is just that – a pure, straight to the heart love song.

Paul has had a lifelong love of music. He started singing in the Phoenix Boys Choir at age 11, and toured Hawaii, and performed at Phoenix Symphony Hall and Grady Gammage. He sang in the Phoenix Boys choir alumni, and with Mister Mister at Symphony Hall. Paul sang at All State, and with the Phoenix Christian High School choir, and won state competition. He sang with the R&G Singers (Arizona Republic newspaper) at Grady Gammage during college. Paul performed solo and with bands around Phoenix after graduating college. Paul has also been actively involved in worship music around the valley.

Paul started writing songs during high school. After graduating college he became a member of the Arizona Song Writers Association. His involvement with this association helped to hone his song writing skills. Currently he writes, records, and produces his own original compositions.

We caught up with Paul in his home in Phoenix, AZ to ask him more about his latest single release, and his thoughts on life, love and what inspires him to be such a prolific singer/songwriter.

What is the inspiration for this new song?

Paul: My inspiration for my new single was to speak to soulmates. Love is way deeper than just physical. It’s about connecting and getting excited about touching and coming closer together.

Who influenced you when you were young?

Paul: I really related to folk and acoustic music when I was growing up. My main influences were Jim Croce, Bob Dylan, Cat Stevens, Grateful Dead, Neil Diamond, and Leonard Cohen, to name a few.

Was there any one musical in your family?

Paul: We performed the Sound of Music at a talent show. We also listened to Gilbert and Sullivan and Rogers and Hammerstein. Singing was something we did all the time because my mom was classically trained.

Where were you born and where did you grow up?

Paul: I was raised in Phoenix, Arizona, and that’s where I grew up. We had horses and chickens and wide-open spaces.

Who were the singer/songwriters,  artists that made you want to pursue music?

Paul: The Beatles, Fleetwood Mac and Al Stewart were prominent for me. If I liked a certain song, then I’d try to write something like theirs.

Was there any live shows that made you want to perform?

Paul: The first concert I went to was John Stewart when I was 13. I was doing chorale singing and after the concert I started jamming.

What do you like more – performing in front of an audience or the songwriting and recording process?

Paul: I really love to write music and record and produce songs. It’s about a cross between creative and techie.

If you could pick one established artist to open up a show for who would it be?

Paul: That’s a tough one because I really like old stuff.  Probably Jimmy Buffet.

What do you do to stay inspired with writing new material?

Paul: My ideas come from my life experiences. When I nail something, I stop everything and put the concept down. I review sketches later and refresh. I also give myself breathers.

You took a short break and returned to the industry – what are the changes you have seen and how has it affected you in a positive and negative way?

Paul: I see that music is coming back and recovering.  Sometimes stronger than ever. There is a lag to get gigs, publishing or promoting; resources are limited. During the downtime allows me more time to write. We do live in an exceptional time, with all the technology improvements.

What have you found with the recent success of your songs getting airplay and what advice would you give other artists right now?

Paul: Believe in yourself. Don’t let other people’s opinions bother you but reflect and improve. Really learn your craft and grab the resources you need to help you. Always try to make your next project better.

How have you used the pandemic to keep your music out there and be inspired?

Paul: Last year I released ‘Gonna Be a Sunny Day’ about coming out of the pandemic. I was focusing on putting out a message. My hope is that music will help everyone get through the tough times.

Paul’s songs are written from the heart about stories of love, romance and inspiration. All songs are timeless classics that you will enjoy listening to again and again. The message and melody in each song will stay with you.