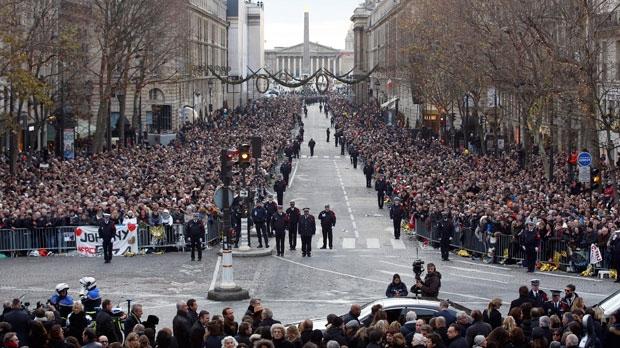 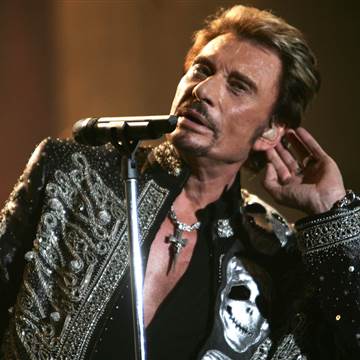 Adding a rock touch to the pomp-filled event, hundreds of motorcyclists came to Paris to join the procession.

Unusually, the president himself will read a eulogy on the steps of the church. A star lineup of speakers will follow, including actors Marion Cotillard and Jean Reno, and singer Patrick Bruel. Guests include former Presidents Francois Hollande and Nicolas Sarkozy, who officiated at Hallyday's last marriage.

The singer's band and the church choir will alternate songs during the religious ceremony.

About 1,500 police officers had secured the area.

Some media reported that organizers even considered having warplanes fly over the event.

The words "Thank you Johnny" are being displayed on the Eiffel Tower over the weekend, and soccer stadiums are playing Hallyday's songs before kick-off.

Hallyday, born Jean-Philippe Smet, is expected to be buried in the French Caribbean island of St. Barts where he owned a house.