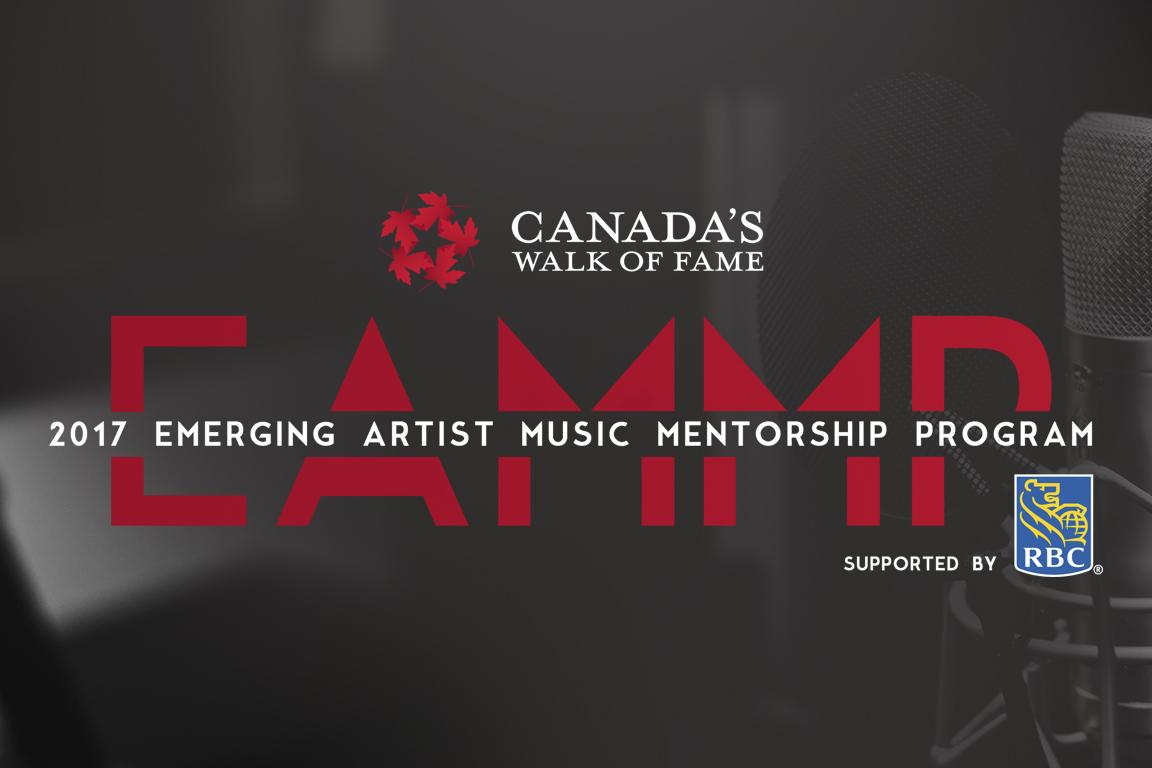 Canada’s Walk of Fame announces the return of its Emerging Artist Music Mentorship Program, supported by RBC, one of Canada’s most successful programs supporting aspiring Canadian musical artists. Valued at more than $100,000, this program provides musicians the tools needed to take their careers to the next level including private studio time at the prestigious Metalworks Studios; introductions to renowned artists; access to music industry influencers; exposure to audiences and media; as well as artist development and funding. Submissions will be accepted immediately through to Sunday, April 30, 2017 at 11:59 pm ET.

Since its inception in 2013, the Emerging Artist Music Mentorship Program, supported by RBC , has ignited the careers of its Grand Prize Winners including last year’s recipient, Ayaz V.who has credited his win as a “game-changer”. For the first time in the program’s history, the Grand Prize Winner appeared on the 2016 Canada’s Walk of Fame national broadcast on Global. He later opened for Canadian singer-songwriter Jonathan Roy in Toronto, and will be releasing his EP and performing at Jamie Oliver’s renowned “The Big Feastival” this summer.

2015 Grand Prize Winners, Ivory Hours, have embarked on two national tours since being awarded the grand prize and are gearing up for a third tour this spring to promote their forthcoming self-released album. NEFE, the 2014 Grand Prize Winner, opened for Canadian icon Burton Cummings during his Canada’s Walk of Fame Festival performance at Massey Hall and went on to sign a recordingcontract with Universal Music Canada; and the inaugural Grand Prize Winner, Taylor Kurta, performed for Canadian musical heavyweights such as Bob Ezrin, David Foster, Carly Rae Jepsen and Hedley, as part of her prizing.

“We are extremely proud of this program, which is five years strong and has made a profound impact on aspiring Canadian musicians by providing them with opportunities for mentorship, exposure and funding that allows them to flourish,” says Melanie Hurley, CEO, Canada’s Walk of Fame. “We’ve seen a steady increase in submissions year-over-year -- 600 per cent since its inception. This program has quickly established a reputation among emerging artists as a catalyst to take their career to the next level. We are proud of the accomplishments that all of our Winners have had as a result, and we look forward to providing the next generation of Canadian stars with an opportunity to shine.”

PRIZING DETAILS
The Grand Prize Winner will receive a cash prize of $25,000, private studio recording time, an introduction to at least one established music artist, introductions to music industry executives, a public performance opportunity at a Canada’s Walk of Fame event, album cover artwork design and an invitation to attend the 2017 Private Inductee Dinner and the 2017 Celebration Event with a guest.

All Winners will also be invited to participate in private music industry career development mentorship sessions with A&R professionals, a recording artist and a music agent. The approximate value of the prizing in total is over $100,000 CDN.

Visit www.canadaswalkoffame.com for details on eligibility and submission requirements.

The Winners will be chosen by a selection committee comprised of music and industry experts, and will be announced this summer.