Skip to main content
Gordon Lightfoot Heading Back To Hamilton 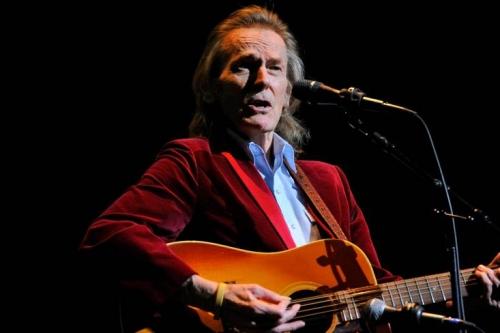 Esteemed singer-songwriter Gordon Lightfoot returns to Hamilton for a performance at the FirstOntario Concert HHall on Thursday, November 15, 2018.Tickets for this one-night only performance go on sale at 10 a.m. on Friday, February 9, 2018.

Lightfoot, who celebrates his 80 th birthday on November 17, 2018, last performed at the FirstOntario Concert Hall (formerly Hamilton Place) in 2014. A decade earlier, Lightfoot gave two emotional performances full of tributes to his friends and family and those responsible for his care at Hamilton Health Sciences and McMaster University Medical Centre following a near-fatal illness in 2002. Lightfoot's ties to Hamilton run-deep with his last two recordings, Harmony and A Painter Passing Through, having been produced at Hamilton's famed Grant Avenue Studio. Most recently, Lightfoot commissioned Hamilton sculptor Gino Cavicchioli to create a 260-pound bronze bust of himself which was donated to his hometown and was permanently installed outside the front entrance to the Orillia Opera House in November 2017.

Multiple JUNO winner, Grammy nominee, Canadian legend and the first-ever Massey Hall Honours Award recipient Gordon Lightfoot began his series of annual concerts at Massey Hall in March 1967 with two sold-out concerts. His unofficial Massey Hall debut occurred in his youth when, at age 10, he entered the Kiwanis Music Festival held at Massey Hall and won first place in his category. With over 166 performances logged to date, Lightfoot has performed at Massey Hall more than any other individual artist.

Beloved by music fans around the world, Gordon Lightfoot holds international recognition as a singer and songwriter. Cover versions of his songs have been recorded by artists including Bob Dylan, Elvis Presley, Barbara Streisand and Johnny Cash. In 1971 he earned his first Top Ten hit when If You Could Read My Mind became an international sensation and in 1974, his single Sundown went to number one on the American charts, followed two years later by The Wreck of the Edmund Fitzgerald, which reached number two on the U.S. Billboard charts. He continues to perform extensively throughout the United States, Canada and in 2016 he toured the UK for 11 concerts which included the illustrious Royal Albert Hall.