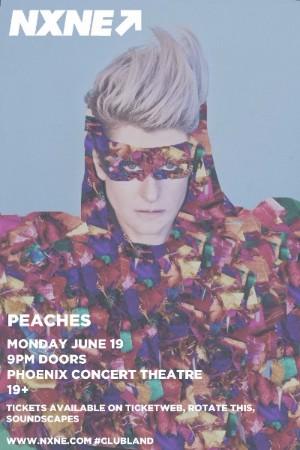 “We’ve followed Peaches’ amazing career since her earliest days in Toronto and we’ve been proud to have her perform and speak at NXNE over the years, “ says NXNE president/managing director, Michael Hollett. “NXNE is thrilled to have such an important and dynamic artist as Peaches launch the packed music programming at the festival.”