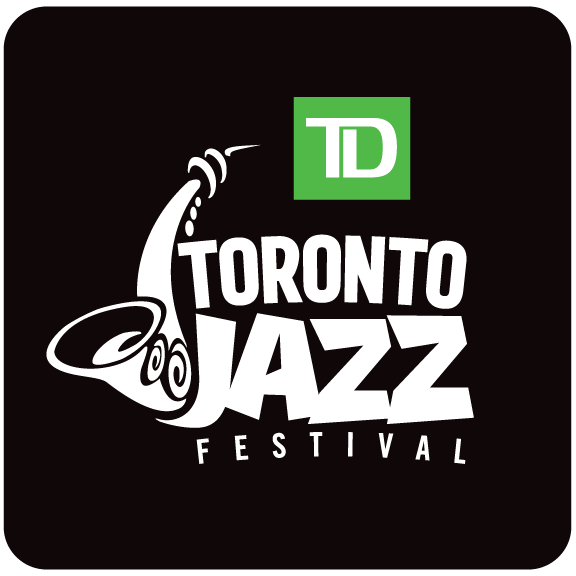 The TD Toronto Jazz Festival is excited to announce it will be moving to Yorkville when it kicks off this summer fromJune 23 - July 2nd, 2017. With more than 100 free concerts being presented throughout stages in Yorkville, we invite everyone to experience the best jazz from Toronto, across the country and around the world Shows start daily at noon and finish at 10 p.m.

We are honoured that multiple Grammy Award-winner Aaron Neville will be headlining our Yorkville Avenue stage with a free performance on Saturday, June 24. A full Yorkville schedule and site map will be available at torontojazz.com in early June.

The Festival will also be reopening and reviving the iconic Concert Hall (in the former Masonic Temple), helping to reintroduce the historic venue as a music hall, with Canadian legend Randy Bachman kicking off the series on Friday, June 23. His performance, presented by Q107, will be specially priced at $19.17, as a nod to The Concert Hall's 100th anniversary this year. The Concert Hall is known for having hosted Led Zeppelin's first Toronto concert in 1969 and as a favoured rehearsal space for the Rolling Stones.

"Yorkville housed one of the most vibrant scenes in North America during the 1960s and 1970s and the Jazz Festival is excited to bring the music back to the area" states Chief Executive Offices Howard Kerbel. "For a brief period in the Festival's history, we had concerts in Yorkville and we will once again embrace the area's rich musical legacy."

One of the most influential times in Canada's music history saw 1960s Yorkville house an explosion of talent in artists, poets and musicians who would go on to great acclaim - Neil Young, Gordon Lightfoot, James Taylor, Joni Mitchell, Buffy Sainte-Marie and Carly Simon to name a few. Toronto's indie scene was a pivotal moment in time for so many as the counterculture movement began to dominate.

To help honour that legacy Bachman will perform with some very special guests, including Walter Trout, at The Concert Hall, as he joins a long list of some of the most legendary bands and musicians to ever play the venue. From the Grateful Dead to Frank Sinatra, Chuck Berry to Iggy Pop, The Concert Hall is once again set to return as a concert hall and the Jazz Festival is thrilled to help usher in the next phase.

"For the last 100 years The Concert Hall in Toronto's historic Masonic Temple has hosted live performances, including big band orchestras in the 30s and 40s, Frank Sinatra's private parties in the 50s, the Rock Pile in the 60s and 70s, and The Concert Hall in the 80s and 90s," states William Russell, Executive Director of 888yonge Inc. "We are excited to partner with the TD Toronto Jazz Festival and reintroduce this historic venue to a new generation of music lovers."

The Concert Hall will host the TD Toronto Jazz Festival with a diverse lineup that will showcase the strong traditions of jazz, including the many sounds and influences that continue to help push the genre forward. Tickets for The Concert Hall series go on sale Wednesday, May 3 at TicketPro.ca or by calling 1.888.655.9090 .

THE CONCERT HALL LINEUP
Friday, June 23 | Randy Bachman and Band with Special Guest Walter Trout
Widely regarded as the architect of Canadian rock 'n' roll, Randy Bachman co-founded two of music's most iconic groups - The Guess Who and Bachman Turner Overdrive. With classics such as "These Eyes," "Taking Care of Business," and "You Ain't Seen Nothing Yet," they have become pop culture touchstones. Bachman will share the spotlight with some very special guests, including Walter Trout. This performance is presented by Q107.

Tuesday, June 27 | Robert Glasper Experiment | Kandace Springs opens
Grammy Award-winner and fan favourite since his first Festival appearance in 2012, Robert Glasper is back with his Experiment after a much heralded and successful 2016 - Glasper was the composer and soundtrack producer for the Miles Davis biopic Miles Ahead, and released the Experiment's latest album, ArtScience last fall which Pitchfork called the group's most realized effort.

Stunning audiences with her Festival debut last summer, singer, songwriter and pianist Kandace Springs makes a return appearance with a voice that Prince once said "could melt snow." Blending soul, jazz and pop, Springs has the "rare ability that can't be taught - to sound like an old soul, just doing what comes naturally" (The Guardian).

Wednesday, June 28 | Shabaka & The Ancestors | Donny McCaslin Group
This special night brings together two of the most exciting jazz saxophonists on the international jazz scene.

The Donny McCaslin Group earned acclaim as the backing band for David Bowie's final - and much lauded - album Blackstar. Joined by Jason Linder (keys), Nate Wood (bass) and Mark Guiliana (drums), the Group will perform music from their latest release, Beyond Now; an album inspired by and dedicated to the legendary alt-pop innovator.
Described as "pulsating, exploratory and vibrant" by The Guardian, Shabaka & The Ancestors make their Toronto debut. Drawing from South Africa's musical heritage and incorporating Sun Ra in the mix, they create a unique style self-described as Afro-futurism. Led by acclaimed tenor saxophonist Shabaka Hutchings, the group earned rave reviews for their performances at the 2017 Winter Jazzfest in New York this past January.

Thursday, June 29 | John LaBarbera Big Band "Celebrating Buddy Rich"
Pulling out all the stops, Toronto jazz veterans Pat LaBarbera, along with his brothers John and Joe, will assemble a big band celebrating the 100th anniversary of Buddy Rich. John contributed more compositions and arrangements to Buddy's band than any other writer; Joe was the only drummer - other than Buddy - to every perform publicly with the band; and Pat played tenor sax in Buddy's band for seven years. This will be one very special night of high energy and musicality befitting the "World's Greatest Drummer," Buddy Rich.

Opening is the Larnell Lewis Band, led by Larnell Lewis who, at age 33, has toured internationally with Snarky Puppy, performed with the likes of Fred Hammond and Lalah Hathaway, has graced the cover of Modern Drummer magazine and earned a spot on the faculty of the acclaimed Humber College in Toronto. The Band is celebrating their soon-to-be released debut album.

Sunday, July 2 | 4 By Monk By 4
To celebrate the 100th anniversary of the birth of Thelonious Monk, four outstanding pianists - spanning three generations - come together to perform on two pianos. Over the course of the evening, Kenny Barron, named in 2010 a National Endowment for the Arts Jazz Master; Benny Green, an alumnus of Art Blakey's Jazz Messengers; Gerald Clayton, Musical Director of the Monterey Jazz Festival On Tour; and Cyrus Chestnut, a first call pianist for Betty Carter and Wynton Marsalis (among others), will perform solos, duos and together as a quartet, all in honour of Monk.

One of the premiere jazz festivals in North America, the TD Toronto Jazz Festival celebrates its 31st edition when it runs from June 23 - July 2, 2017. With more than 1,500 musicians performing, the Festival has something for every music lover. From emerging artists to established musicians, jazz legends to undiscovered gems, the TD Toronto Jazz Festival showcases the very best in jazz this summer!