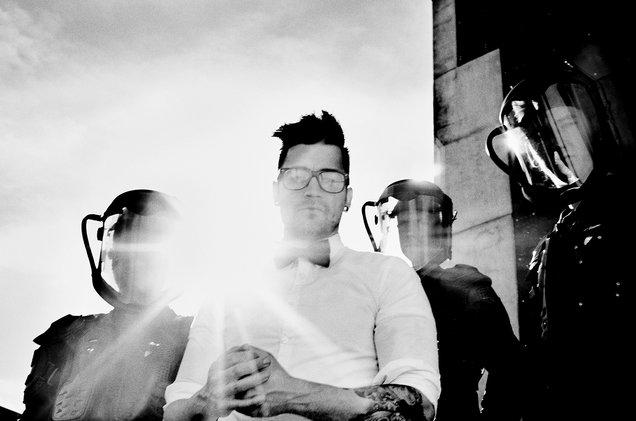 Multi-media, modern rock band, Starset, recently passed the 1 billion milestone total views on YouTube with their official videos and User Generated Content (UGC) videos combined. The band’s cinematic sound and rabid fan-base have driven huge numbers at the video streaming service with fans uploading an unprecedented amount of their own videos using the band’s music, giving the band, led by singer, Dustin Bates, an unparalleled digital foothold. Starset’s stronghold at radio has added to this ascension with the band’s first single from new album, Vessels, Monster, currently the #2 most played song of the year at mainstream rock.

Starset tapped into powerful YouTube communities including anime and gaming, which are much larger than that of music on the platform. Many fan-uploaded Starset videos have hit multi-million views and YouTube data shows Starset videos gaining nearly two million new views per day. With only two albums released to date, Starset has exceeded the total view counts of most other contemporary rock bands and have views in the same league as the Foo Fighters, Muse, Bring Me the Horizon and AWOLNATION.

Last year, Billboard reported on the band’s streaming phenomenon, “Starset has had success with their own uploads to the platform: the band's two YouTube accounts, which host official music and lyric videos, cryptic Starset Society-related teasers and audio-only streams . . . take into account fan-uploaded videos and the number of views explodes . . . six times larger and global.”

The Columbus Ohio Starset continues their breakout with their new album, Vesselsdebuting at #11 on Billboard’s Top 200, making it one of the highest charting albums from a rock band in the past year. The first single, Monster, peaked at #2 on the Billboard Mainstream Rock Chart and new single, Satellite, has just begun its chart ascent. All Music calls the album “genre-juggling...expands on the nervy, synthed-out atmosphere and huge melodic hooks of its predecessor, as evidenced by the compelling singles.” Vessels is the follow-up to Starset's 2014 debut album, Transmissions, a landmark album that sold in excess of a quarter million combined albums, streams and downloads in the U.S., propelled by the hit single, My Demons, which had the longest ascent to the top 5 in the history of the rock radio charts.

Setting the band apart from their contemporaries is the unique vision and goal of founder and front man Dustin Bates, who is also a PhD candidate in electrical engineering and has done research for the U.S. Air Force and taught at the International Space University in France. Inspired by the likes of Nikola Tesla and Carl Sagan, Starset’s albums, along with videos, websites, novels and one-of-a-kind live performances, were created as part of the over-arching concept, The Starset Society. Where science and fiction collide, The Starset Society is dedicated to publicizing emerging, near-future technologies and investigating their inevitable social, economic, political, and philosophical impact on society. Bates and crews’ dedication to promoting science to a wider audience is also evidenced in the band’s unique live concerts and fully immersive planetariums shows.

Razor & Tie Co-Owner, Cliff Chenfeld adds, “Starset is creating a new template on how to succeed as a rock band, tapping into a huge viral and streaming audience and launching some of the biggest rock radio singles of the last few years. There will be billions and billions served.”