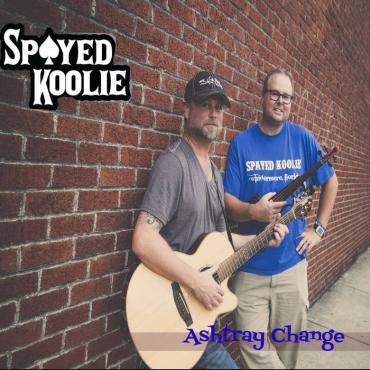 Spayed Koolie is the name of a little band from Florida that, if you’re keen on country music, you should definitely start familiarizing yourself with over the next coming months, because they’re coming to take over. Their latest record Ashtray Change is indeed a garage rock record tailored specifically for fans of lumbering, white-hot southern stylizations and old-school outlaw country, and even though I didn’t know who these guys were a little more than a week ago, they’ve already made a handful of new fans out of myself and the people that I’ve shared this new album with recently. What makes Ashtray Change such a sexy choice for newcomers to the country music genre isn’t just its open accessibility that features shades from a variety of influences seeming to work together in this setting much better than they did on their own; it’s the fact that for perhaps the very first time in the history of country music, we’ve got some bright young stars who aren’t singing about the same old subject matter and pretending that it’s somehow different or revolutionary compared to those who came before them.