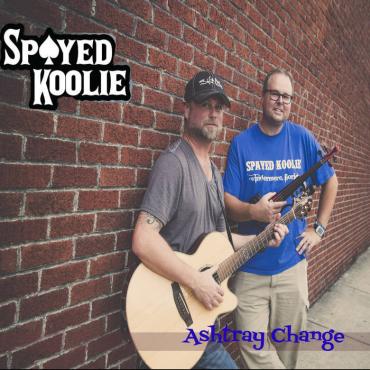 Spayed Koolie is the name of a little band from Florida that, if you’re keen on country music, you should definitely start familiarizing yourself with over the next coming months, because they’re coming to take over. Their latest record Ashtray Change is indeed a garage rock record tailored specifically for fans of lumbering, white-hot southern stylizations and old-school outlaw country, and even though I didn’t know who these guys were a little more than a week ago, they’ve already made a handful of new fans out of myself and the people that I’ve shared this new album with recently. What makes Ashtray Change such a sexy choice for newcomers to the country music genre isn’t just its open accessibility that features shades from a variety of influences seeming to work together in this setting much better than they did on their own; it’s the fact that for perhaps the very first time in the history of country music, we’ve got some bright young stars who aren’t singing about the same old subject matter and pretending that it’s somehow different or revolutionary compared to those who came before them. In other words, Spayed Koolie are creatives who don’t want to reproduce the past because they are pretty preoccupied with forging ahead into the future. To put it even simpler; among a sea of phonies and artistic cheapskates, this is a solid, damn good record.

The reason why Spayed Koolie are getting so much buzz is heavily steeped in the strong threat that they present to the order of the establishment that controls the genre of music that they clearly love so much. And while it is true that the politically stagnant and socially autocratic Nashville money machine that seems content to convert CMT into redneck reality TV and give some pitifully trite songwriters their highest recognition is in complete and total control of the commercial side of the scene, they are powerless to prevent the bubbling beneath the surface that is going on in country’s indie scene at the moment. Spayed Koolie are far from alone in this new, much-needed rebellion against the watered down powers that be in country, but even with that said, they don’t just happen to be the best in the bunch. This comes as a result of a lot of years of hard work and labour finally yielding the revolution that we’re witnessing right now.

Ashtray Change goes a very long way in establishing Spayed Koolie as one of the most exciting premier bands in country music to watch right now, and I have every intention of seeing where their career goes and how their aesthetic continues to unfold and make itself dominant within their scene as time passes by. I have a good feeling that this won’t be the last time that I’m writing about them before the decade is out, and believe me, that’s a good thing.