Skip to main content
Jumanji: Welcome To The Jungle 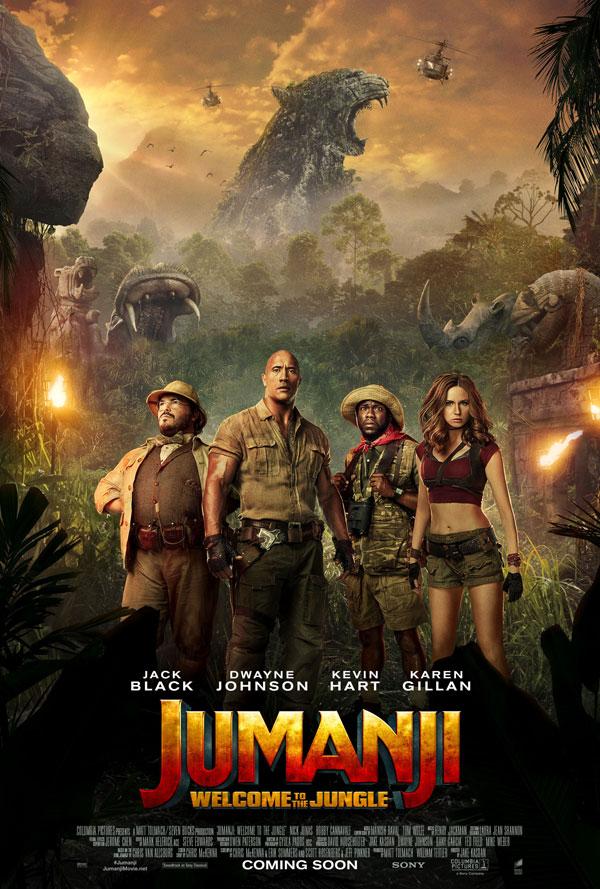 Sony Music proudly announced the release of Jumanji: Welcome to the Jungle (Original Motion Picture Soundtrack), featuring music by Henry Jackman. The soundtrack to the new film by Jake Kasdan was released on December 15th. The film will be released in Canada and the US on December 20th, 2017.

ABOUT JUMANJI: WELCOME TO THE JUNGLE:
In the brand-new adventure Jumanji: Welcome to the Jungle, the game has changed as four teenagers in detention are sucked into the world of Jumanji. When they discover an old video game console with a game they've never heard of, they decide to play and are immediately thrust into the game's jungle setting, in the bodies of the avatar characters they chose (Dwayne Johnson, Jack Black, Kevin Hart, and Karen Gillan). What they discover is that you don't just play Jumanji - Jumanji plays you. To win, they'll have to go on the most dangerous adventure of their lives, or they'll be stuck in the game forever...
Directed by Jake Kasdan, the screenplay is by Chris McKenna & Erik Sommers and Scott Rosenberg & Jeff Pinkner with a screen story by Chris McKenna, based on the book Jumanji by Chris Van Allsburg. The film is produced by Matt Tolmach and William Teitler.

ABOUT HENRY JACKMAN:
Henry Jackman has established himself as one of today's top composers by fusing his classical training and his experience as a successful record producer and creator of electronic music. His musical versatility ratcheted up the tension in Paul Greengrass' Captain Phillips (earning him a BAFTA nomination), super-powered such comic book hits as X-Men: First Class and Captain America: Winter Soldier; kicked ass in Kingsman: The Secret Service and Kick-Ass; breathed life into legendary animated characters like Winnie the Pooh, Puss in Boots, Wreck-It Ralph, and Oscar-winner Big Hero 6. His most recent work can be heard in the sci-fi comedy Pixels, and the post-apocalyptic drama The Fifth Wave starring Chloe Grace Moretz, Marvels blockbuster hit Captain America: Civil War, Paramount Pictures action-packed sequel, Jack Reacher: Never Go Back starring Tom Cruise and Cobie Smulders and the adventure sequel from Warner Bros. Kong: Skull Island starring Brie Larson and Tom Hiddleston.

His other diverse credits include the animated features Monsters vs. Aliens and Turbo, period drama Henri 4, family adventure Gulliver's Travels (starring Jack Black), crime thriller Man on a Ledge, horror fantasy Abraham Lincoln: Vampire Hunter, and the Seth Rogen / James Franco comedies This is the End and (the firestorm sensation) The Interview.
Jackman grew up in the southeast of England, where he began composing his first symphony at the age of six. He studied classical music at Oxford and sang in the St. Paul's Cathedral Choir but simultaneously got involved in the underground rave scene and began producing popular electronica music and dance remixes, eventually working with artists such as Seal and The Art of Noise. In 2006 he caught the attention of film composers Hans Zimmer and John Powell, and began writing additional music for Zimmer and Powell on Kung Fu Panda and then for Zimmer on The Dark Knight, The Da Vinci Code, and The Pirates of the Caribbean films, which rapidly led to scoring blockbuster films on his own.