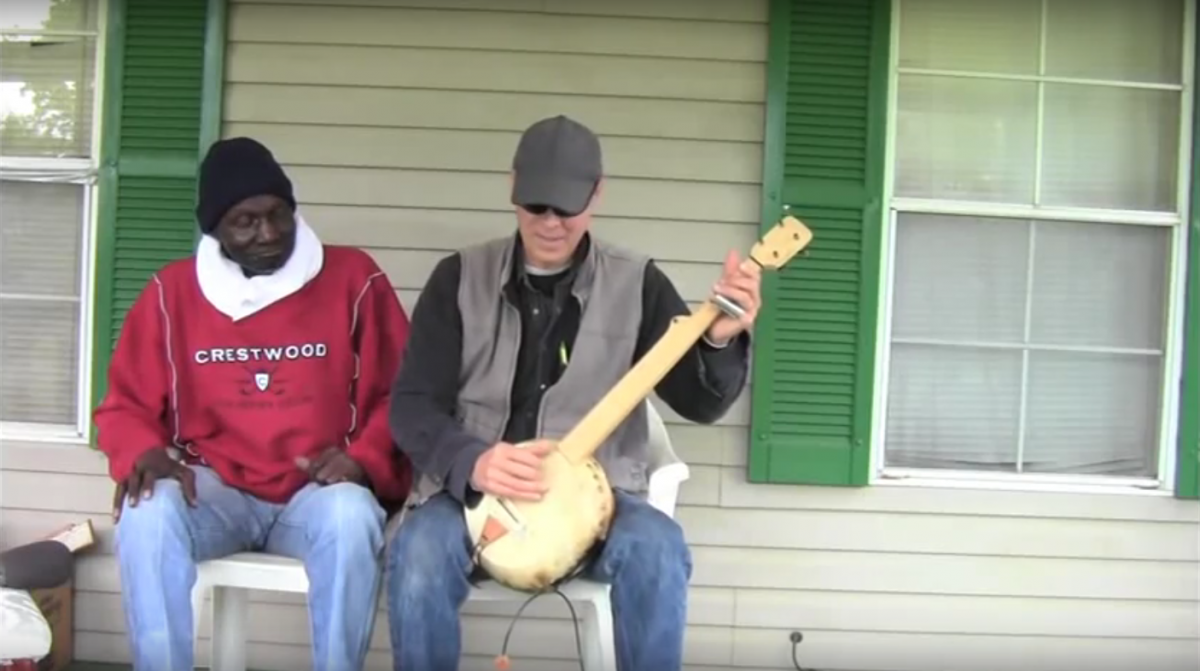 Singer-songwriter and blues/roots traveler Markus James’ 2015 CD, Head for the Hills, garnered international critical acclaim, and now a song from that album, “On a Mississippi Porch,” is in the soundtrack of the new Oprah Winfrey film, The Immortal Life of Henrietta Lacks, which premiered on HBO Saturday, April 22, 2017.

“It’s an honor for this music to be part of this powerful film,” says Markus James. “I had made the gourd banjo and been playing it at a few shows, and had it with me on that trip. I played at Memphis’ Beale Street Music Festival that year (2013), with Kinney Kimbrough on drums, and the next day I reached Calvin Jackson, down in Luxahoma, Mississippi, and asked if he was up for some recording. I told him about the gourd banjo, and we started talking about recording some acoustic music on his family’s porch. So I went down there, we sat on the porch and I started playing that tune I had going on the banjo. Calvin started hamboning, some birds were singing, and I hit ‘record.’ When I picked up the cigar box guitar, he got some buckets from around back and played some rhythms that reminded me of the African drummers I’ve played with.

“Calvin was a one-of-a-kind musician, one of the greatest North Mississippi Hill Country drummers, and I’ll always be grateful to Sherman Cooper for putting us together, and for letting us record in his potato barn out on Old Panola Highway. We cut some great tracks out there, mics hanging from rafters, the whole thing.

“Calvin passed away in 2015. But for me, he’s very much alive on these recordings, and I’m thrilled that that moment on the porch is now a part of this film.”

Markus James recorded five previous critically-acclaimed albums with traditional musicians in Mali, West Africa, and while touring was invited to perform at the University of Mississippi. He subsequently began collaborating over a period of years with several old-school drummers in North Mississippi's Hill Country. Recorded in a barn, on a porch, and an open-air carport, Markus' 2015 album, Head For The Hills, featured drummers including Calvin Jackson and Kinney Kimbrough, received rave reviews ("Head For The Hills" is undoubtedly one of the finest releases of recent years, both within the genre and beyond" - BLUES MATTERS (UK), and led to featured performances on “Elwood's House of Blues Radio Hour,” Montreal International Jazz Festival, and Telluride Blues Festival, among others. Live, Markus performs with Marlon Green, who was the last drummer to tour and record with the legendary John Lee Hooker. In the fall of 2015, Markus and Marlon opened a tour of theaters in Europe for guitar icon Joe Satriani, who said, “You went out there every night and killed it!”

For more about Markus James : http://www.firenzerecords.com/head-for-the-hills/