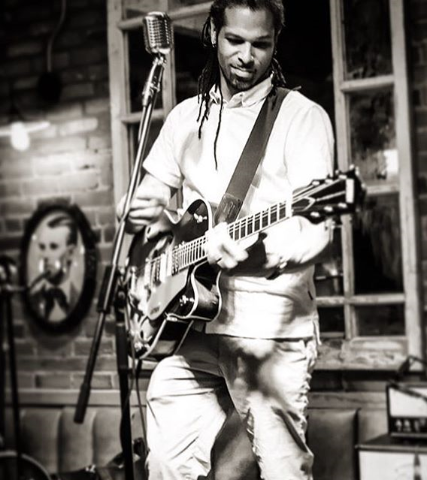 Quebec’s Sule has reached this pivotal moment in a musical career after collaborating with some of the biggest names in pop music – among them, Celine Dion, Kool and the Gang, and Lionel Richie, among others. Sule pronounced Sou-Lay, has obvious talents from the first for any newcomers to his music and his single “Love Me” has immediate charm. The music’s effortless swing is framed with a first-class production that pays equal attention to both the vocals and instrumental work while still managing to bring them all together in a seamless, fluid package. The song’s roots are in American music, but this Canadian artist owns the song like he’s been singing this sort of material all of his life – it’s another marker of his talents to consider how effortlessly Sule handles a variety of forms. His command of “Love Me” is absolute and never heavy-handed.

He sounds perfectly home with the song on every line. Some might wonder what a Canadian born and raised singer could bring to traditional American musical forms like country swing, but those who do are advised to delve deeper into popular music’s history and discover some of its best interpreters are often a step or more removed from the cauldron giving birth to the style. He wears this song like a loose garment – there’s never any straining for effect, never any hamfisted attempt to make the form fit him or win the audience over with bells and whistles. Instead, it’s an emotionally honest and earnest effort to depict genuine human emotions without ever striking a false note. The rising and falling of his voice come at all the right times and he shows a highly individualistic talent for phrasing that allows him to stake out more territory in this style than a lesser performer might have.

The musical backing enriches and deepens it. It revolves, largely, around acoustic guitar, but there’s other instrumentation added to the mix that makes for effective verses and a memorable chorus. Running a little over three minutes means that “Love Me” has obviously been tailored to an ideal length for the material and performance style that benefits Sule and the musicians alike. There’s no need, in a song like this, for extended instrumental breaks or pseudo-virtuosic musical moments when the players fall prey to self-indulgence. Instead, Sule and his musical partners are geared towards serving the song from the first and do so with the urgency that never goes beyond its mandate. This Quebec headquartered star in the making isn’t climbing the ladder to success in a hollow, meaningless way – he’s rising thanks to talent and discipline that isn’t plentiful in the modern scene and makes for a bracing, as well as entertaining, listen. “Love Me” is an easy tune to love and one of the year’s best singles so far. Sule deserves every bit of this praise and more as his career continues to expand and evolve into its next stage.