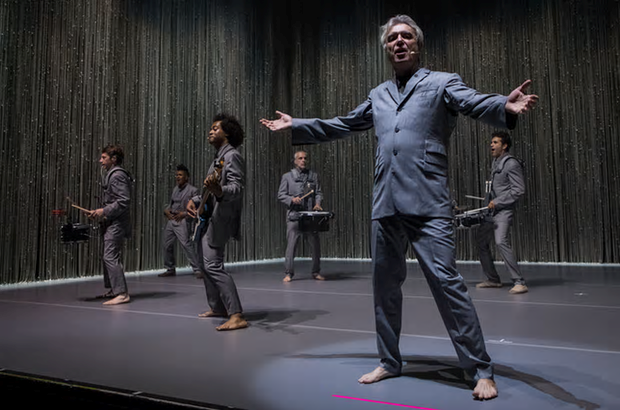 Just about the time, David Byrne was stagger dancing around a grey stage to "Blind", bulldozers were leveling the Beijing studio of dissident artist Ai Wei Wei, as arts programs across North America were getting the shiv in the ribs and Riot Pussy are again doing time. Once again, subversive art is under attack everywhere. So layered with the joyous and uplifting, especially as in bodies out of seats. David was a laying out a to-do list for the resistance. Ah, but we were there for the music and that never flagged nor disappointed. The set covered material from Talking Heads, Byrne solo albums from all periods, some collabs, a Love The Giant and some from the newbie, most given redos to fit a fun and funky vibe.