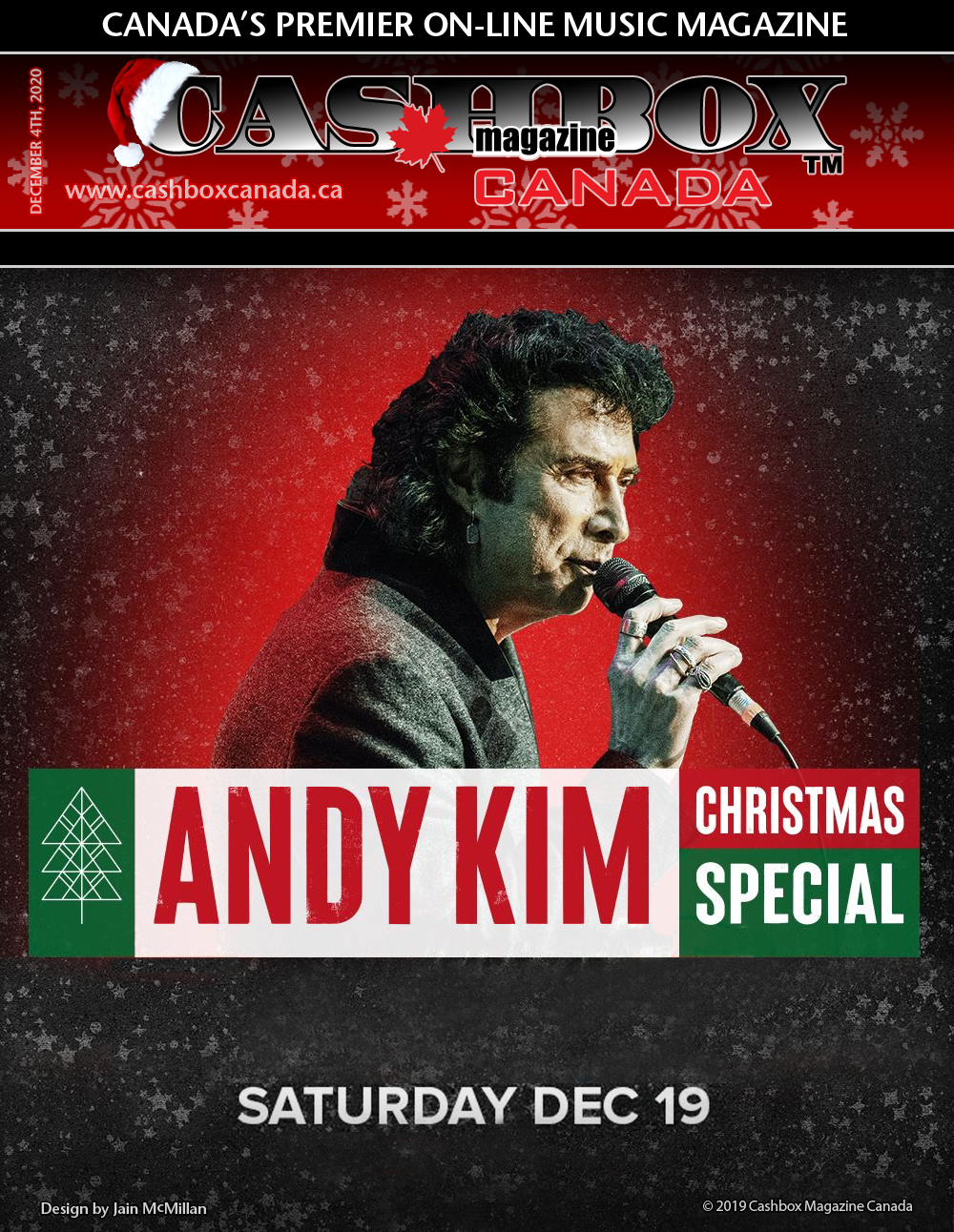 Going into its 16th year, the Andy Kim Christmas Special Presented by AIR MILES has been gathering friends and fans together to celebrate the spirit and generosity of the musical community with all proceeds going to charity. Instead of a live audience in a venue, this year’s show will bring people together from coast to coast on Citytv, Citytv.com and LiveNation.com. The program is the brainchild of music legend, and one of the evening's performers, Andy Kim.

“I was on the verge of having to postpone the 16th year of my Christmas show and was truly bummed out. I kept thinking of all the people who are having a difficult time economically, spiritually and emotionally. I did not want to abandon the purpose of my yearly show - giving to those in need at this time of year. With the support of Live Nation Canada, Rogers and Air Miles, I am excited to bring the Andy Christmas Special from coast to coast for the first time and hopefully raise an incredible amount of money to very worthy causes through the power of music,” said Andy Kim.

“Andy Kim’s Christmas is an expression of Love. From the beginning of his career he spoke to what love and giving means in our lives. Now we need love and giving more than ever,” said Riley O’Connor, Chairman, Live Nation Canada.

"Leveraging our Program to support those who need us most is part of who we are at AIR MILES, and we are thrilled to be presenting the Andy Kim Christmas Special in support of Crew Nation, Food Banks Canada and CAMH,” said Blair Cameron, President, AIR MILES Reward Program. “While the holidays will undoubtedly look very different for many of us this year, we are proud to help create an experience that brings Canadians together through a rewarding holiday experience they can enjoy from the comfort of their homes.”

About Andy Kim: Born in Montreal, Andy Kim was inspired by the Beatles, Hank Williams, Frank Sinatra, Elvis, Buddy Holly, and Bob Dylan. He found fame in New York City at just 16 years old when he wrote How’d We Ever Get This Way?, the first of nine Billboard Top 40 hits, including #1 songs Rock Me Gently and Sugar, Sugar, one of Billboard's "Greatest Songs of All Time." A true Canadian son, Andy has been awarded the country’s top industry honor twice, the JUNO Award for outstanding achievements in the record industry, as well as the Indie Award for Favorite Solo Artist in 2005. Andy is a member of Songwriters Hall of Fame and was inducted into Billboard's Hit Parade Hall of Fame in 2010. Over his epic career, Andy has sold over 30 million records, with songs covered by music history's greats, including Wilson Pickett, Tom Jones, Ike & Tina Turner, and Bob Marley. His latest album, It’s Decided, was released in April, 2015 on Arts & Crafts to critical acclaim. In May, 2016, Andy was inducted into the Canadian Music Hall Of Fame. Andy Kim’s music can be heard in hit series such as Ray Donovan Mindhunters, Divorce and others. In 2018, Andy was inducted into the Canada's Walk Of Fame.

About the AIR MILES Reward Program
The AIR MILES Reward Program is Canada's most recognized loyalty program, with nearly 11 million active Collector Accounts, representing approximately two-thirds of all Canadian households. AIR MILES Collectors get Miles at more than 300 leading Canadian, global and online brands, and at thousands of retail and service locations across the country. It is the only loyalty program of its kind to give Collectors the flexibility to use Miles on aspirational Rewards such as merchandise, travel, events or attractions; or, to use Miles for everyday essentials, in-store or online, at participating Partner locations. For more information or to become a Collector, visit airmiles.ca.